U.S. President Donald Trump acknowledged in February he knew how deadly and contagious the novel coronavirus was but played it down because he did not want to create a panic, according to recordings of interviews done for a new book.

Biden blasts Trump on latest revelation, calls it 'a life and death betrayal' 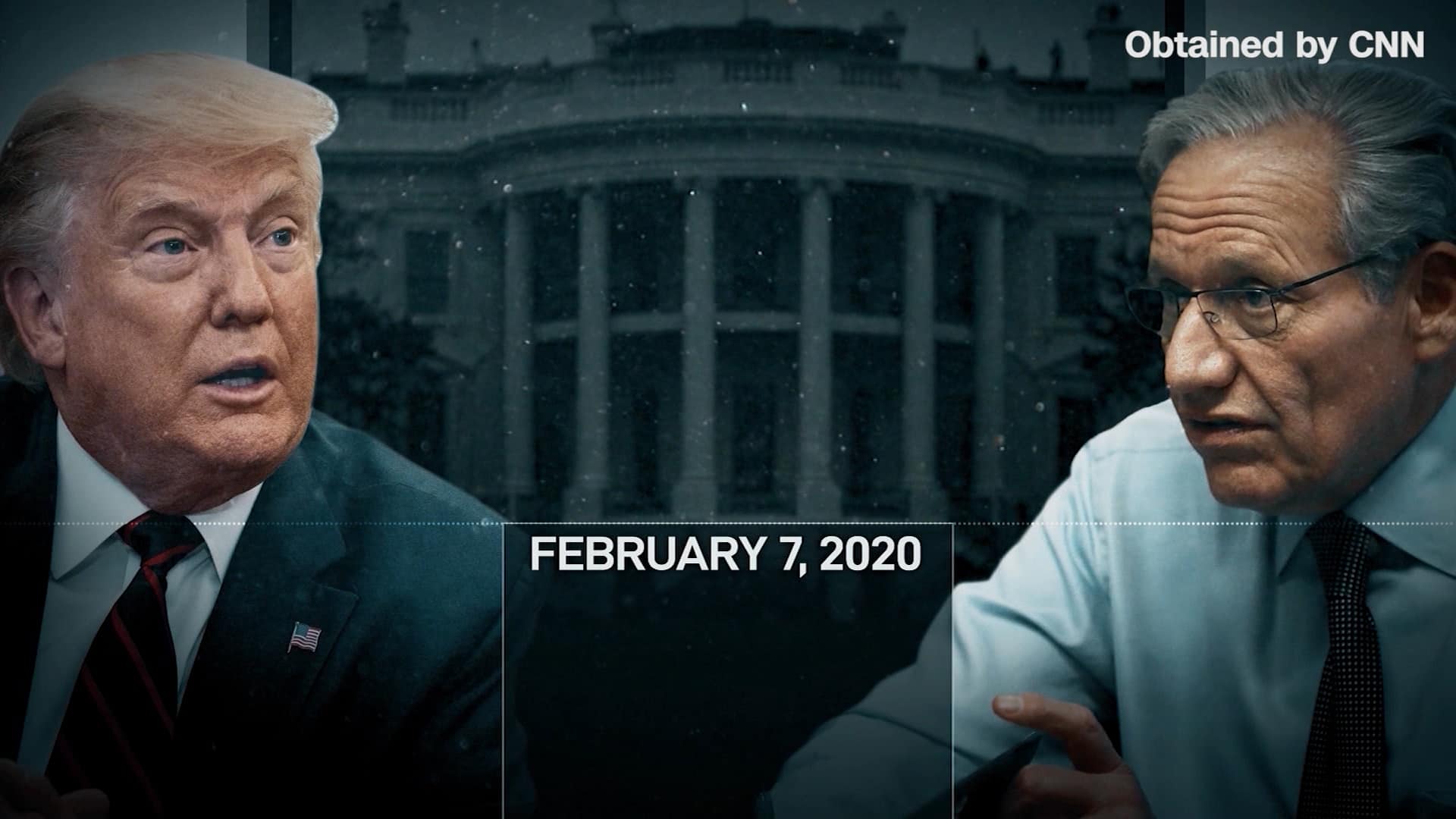 1 month ago
1:50
Clips seem to show the U.S. president knew more about COVID-19 than he revealed to the public in the early days of the pandemic. 1:50

U.S. President Donald Trump acknowledged in February he knew how deadly and contagious the novel coronavirus was but played it down because he did not want to create a panic, according to recordings of interviews done for a new book.

The recordings, obtained by CNN and based on a new book titled Rage by veteran journalist Bob Woodward, come weeks before the Nov. 3 presidential election and as Trump's efforts to battle COVID-19 have come under intense criticism as being too little too late.

According to the interviews, CNN and the Washington Post reported, Trump knew the virus was especially deadly in early February.

"It goes through the air," Trump said in a recording of a Feb. 7 interview with Woodward. "That's always tougher than the touch. You don't have to touch things. Right? But the air, you just breathe the air and that's how it's passed.

"And so that's a very tricky one. That's a very delicate one. It's also more deadly than even your strenuous flus."

'I wanted to always play it down'

The Republican president, who has been hammered by Democratic opponent Joe Biden over the slow U.S. government response to the coronavirus, played down the virus for months as it took hold and spread quickly across the country.

On Feb. 26, for example, he told reporters at a White House briefing that the 15 official cases the U.S. had at the time would soon be down to just a handful.

Two days later, he told a South Carolina rally that the coronavirus is "their new hoax," referring to the Democrats.

"I wanted to always play it down," Trump told Woodward on March 19, days after he declared a national emergency. "I still like playing it down, because I don't want to create a panic."

In that conversation, Trump also told Woodward that some "startling facts" had just come out about the virus's targets: "It's not just old, older. Young people, too, plenty of young people."

Trump stands by his words and actions

Asked about the comments during a White House press conference Wednesday afternoon, Trump said he didn't want people to be frightened, but instead wanted to show confidence and strength as a nation.

"We've done well from any standard," he told reporters. "It's been an amazing job that we've done."

Asked whether lives would have been saved had he been more honest during his February and March briefings, he said if he hadn't done what he did, again citing his decision to partially close the border to China, millions of people would have died.

"I think we've done from every standpoint an incredible job," he said. "The last thing we can show is panic or excitement or fear and anything else."

WATCH | Trump is asked if he purposely misled Americans: 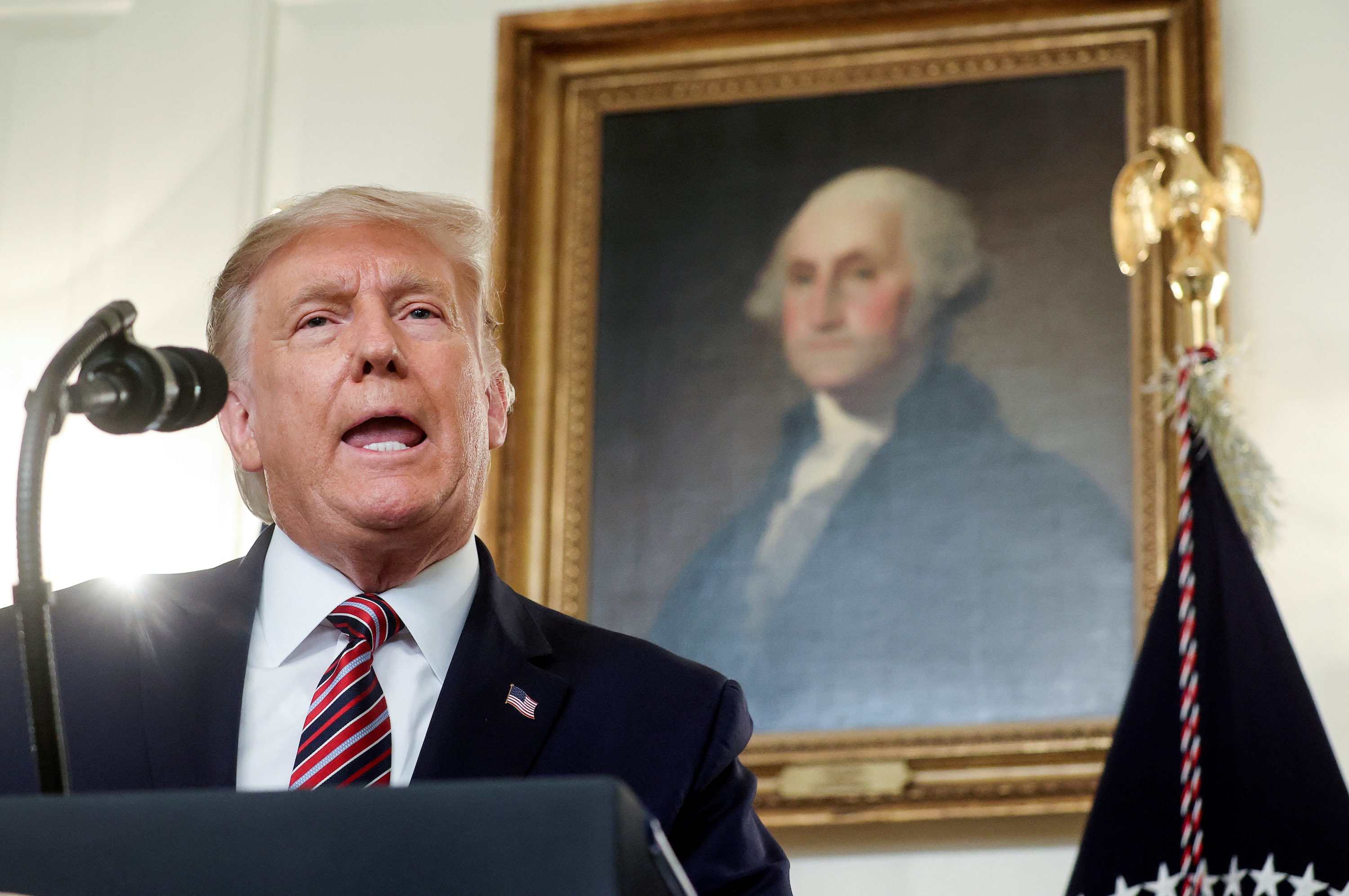 'You cannot show a sense of panic'

1 month ago
2:17
U.S. President Donald Trump was asked Wednesday about whether he misled the American public about the deadliness of the coronavirus. 2:17

Facing criticism himself that he had a duty to report what Trump told him right away, Woodward told The Associated Press on Wednesday that he needed time to be sure that Trump's private comments from February were accurate.

"He tells me this, and I'm thinking, `Wow, that's interesting, but is it true?' Trump says things that don't check out, right?" Woodward told the AP during a telephone interview. Using a famous phrase from the Watergate era, when Woodward's reporting for the Post helped lead to President Richard Nixon's resignation, Woodward said his mission was to determine, "What did he know and when did he know it?"

Woodward said that only in May was he satisfied that Trump's comments were based on reliable information and that by then the virus had spread nationwide.

"If I had done the story at that time about what he knew in February, that's not telling us anything we didn't know," Woodward said. At that point, he said, the issue was no longer one of public health but of politics. His priority became getting the story out before the election in November.

At an appearance in Michigan where he met with automakers, Biden slammed Trump, pointing to a previously published Columbia University study arguing that had the U.S. enacted strong mitigation measures earlier than in March, tens of thousand of lives could have been saved.

"It was a life and death betrayal of the American people," Biden said.

"He's unfit for this job as a consequence."

WATCH | Biden goes after Trump for playing down the coronavirus: 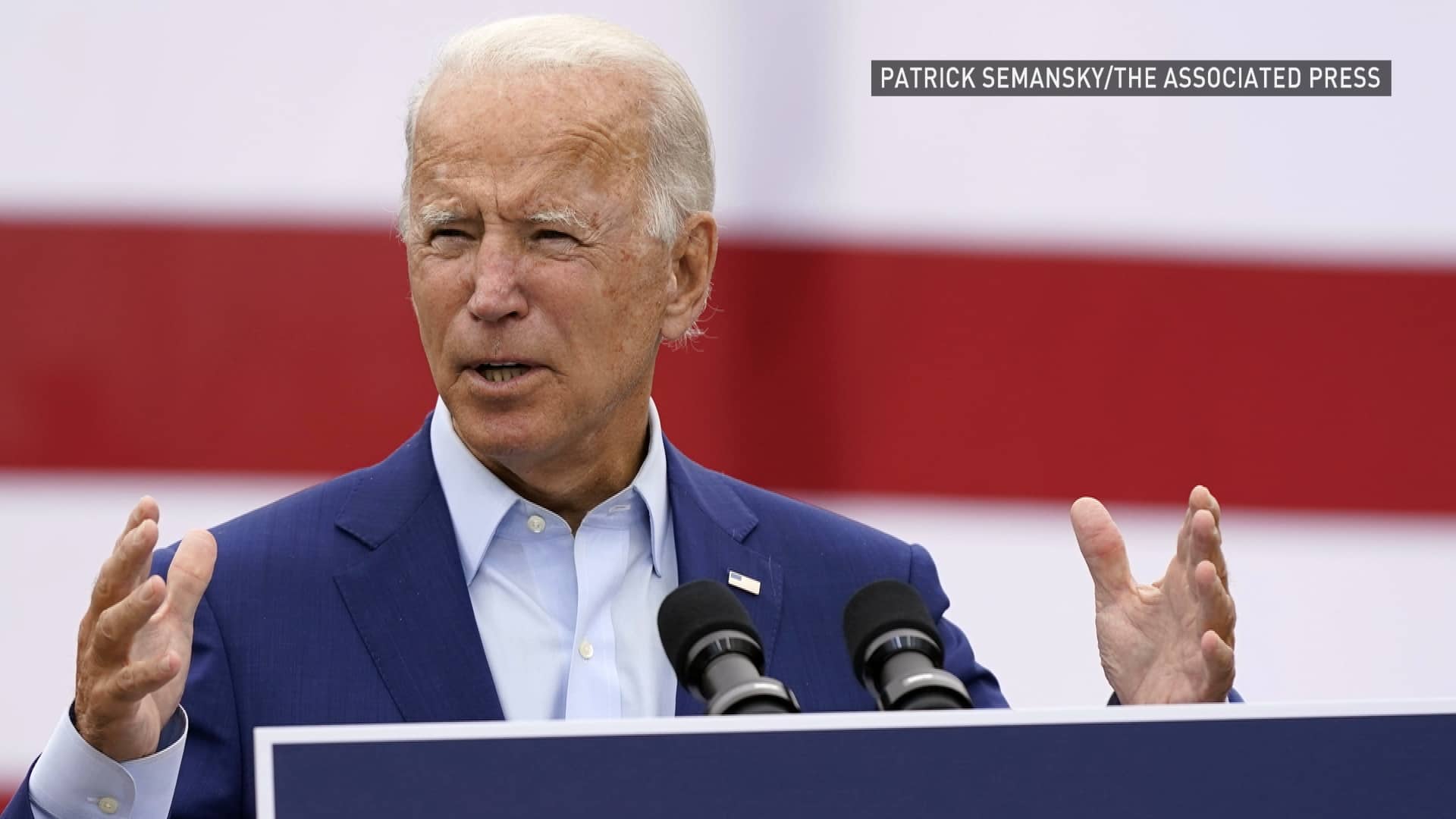 1 month ago
1:24
Audio excerpts of U.S. president Donald Trump discussing the coronavirus pandemic were released to coincide with the launch of journalist Bob Woodward's book about Trump entitled Rage. 1:24

Biden drew a contrast between Trump and Democratic Gov. Gretchen Whitmer, who was in attendance at the Warren, Mich., event. Whitmer faced criticism and protests after implementing lockdown measures in the spring.

"If you're wondering what responsible, strong executive leadership looks like in COVID-19, just look at this executive here," Biden said.

"You've listened to the experts and you led with science," he said of Whitmer.

Trump's approach to the coronavirus in recent weeks has veered from solemnly telling the country it would "get worse before it gets better" in late July, to boosterism on reopening the economy, resuming professional sports and in-person classes at universities and schools.

After holding a much-criticized indoor rally in Oklahoma in early July, Trump has resumed outdoor rallies and held a Republican convention that featured hundreds attending in person with little physical distancing on the final night, in contrast to the Democratic Party convention that was largely virtual.

While Trump has encouraged physical distancing in other circumstances and eagerly touted potential remedies, he has expressed resistance to promoting mask wearing and has at times taken issue with sober assessments made by the government's infectious disease expert, Dr. Anthony Fauci.

On Monday, the president chided a Reuters reporter for not taking his mask off while asking him a question.

While Trump and other administration officials have spent recent months slamming China for its handling of the virus, which first became apparent in Wuhan in January, those types of recriminations were absent from the released Woodward excerpts.

"I think he's going to have it in good shape," Trump said of Chinese Premier Xi Jinping in the Feb. 7 call.

Woodward conducted 18 interviews with Trump for the book, due to be released Sept 15. The veteran journalist, who gained fame for his Watergate coverage alongside Washington Post colleague Carl Bernstein, has long documented U.S. presidents, including Trump in a previous book, Fear.

White House press secretary Kayleigh McEnany said Trump did not intentionally mislead Americans about the severity of the coronavirus epidemic.

She again pointed to Trump's decision to restrict travel from China effective Feb. 2, though it has since been learned that there were loopholes to the restrictions and that many infections in hard-hit New York state have been traced to travel from Europe.

Democratic members of Congress quickly seized on the report, with some including the trending hashtag #Trumpknew.

"It's malfeasance for POTUS to admit he knew COVID was deadly but put on a happy face telling the American public, 'It's like a miracle, it will disappear,' " said California congresswoman Jackie Speier. "He did it for one reason — to prop up the stock market and his re-election. Now 190,000 dead Americans tell a different story."

Other revelations in the book include Trump's disparaging remarks about U.S. military leaders. He drew criticism last week following reports that he denigrated fallen military personnel and veterans.