Michael Cohen's tell-all memoir makes the case that U.S. President Donald Trump is "guilty of the same crimes" that landed his former fixer in federal prison, offering a blow-by-blow account of Trump's alleged role in a hush money scandal that once overshadowed his presidency.

Michael Cohen's tell-all memoir makes the case that U.S. President Donald Trump is "guilty of the same crimes" that landed his former fixer in federal prison, offering a blow-by-blow account of Trump's alleged role in a hush money scandal that once overshadowed his presidency.

Trump, despite his later protestations, green-lighted the $130,000 US payment to silence Daniels ahead of the 2016 election, reasoning he would "have to pay" his wife a far greater sum if the affair ever became known, Cohen writes, adding the president later reimbursed him with "fake legal fees." 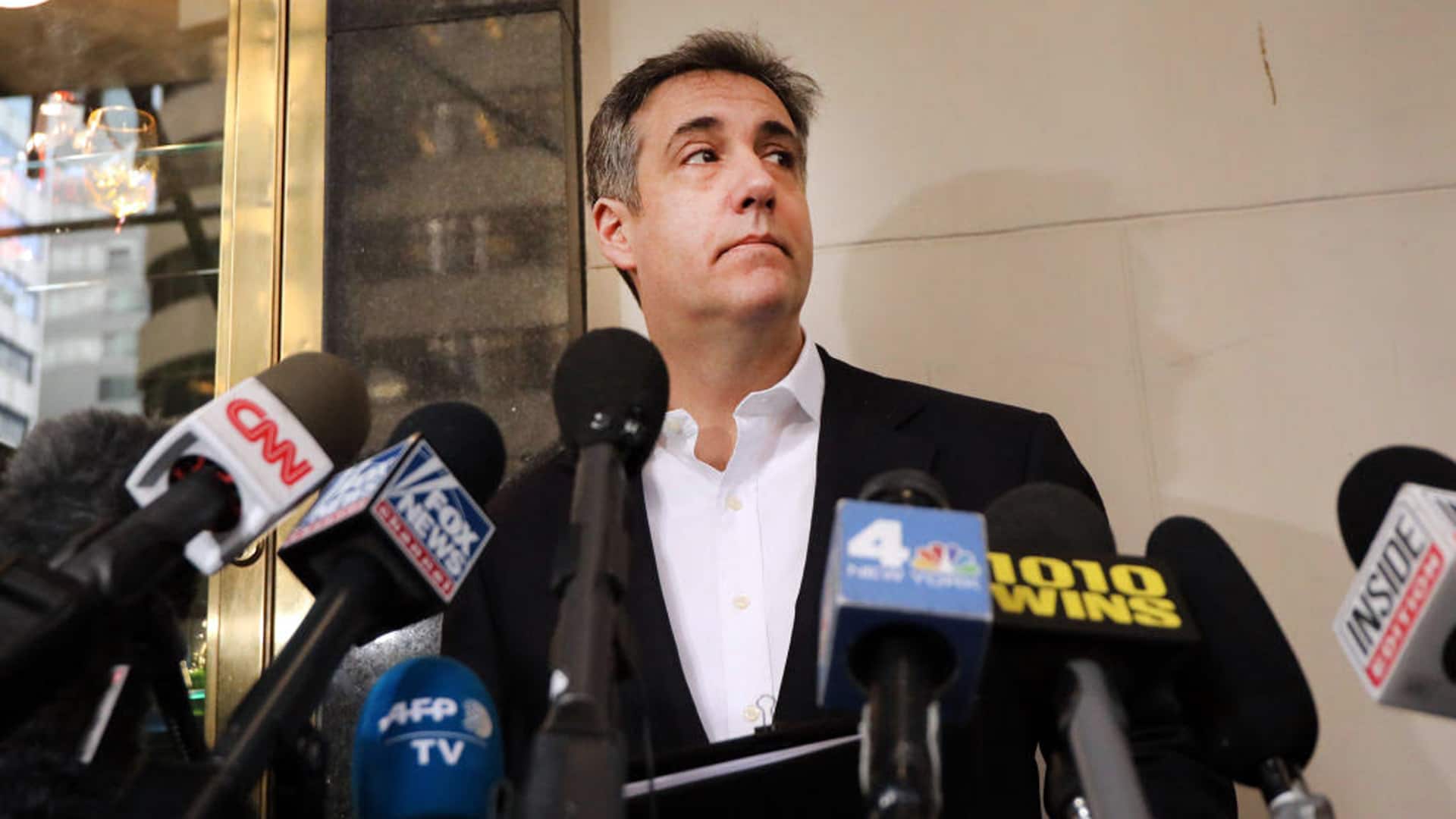 Trump is a 'crime don,' Michael Cohen writes in memoir

"He readily admits to lying routinely but expects people to believe him now so that he can make money from book sales," White House spokesman Brian Morgenstern said in a statement. "It's unfortunate that the media is exploiting this sad and desperate man to attack President Trump."

The Associated Press obtained an early copy of the book, which is scheduled to be released Tuesday.

Cohen, who pleaded guilty to campaign finance violations and other crimes, including lying to Congress, calls himself the "star witness" of a hush-money conspiracy that still could culminate in charges for Trump after he leaves office. He described his new book as a "fundamental piece of evidence" of the president's guilt.

Cohen's allegations — his most detailed to date — are part of an unsparing and deeply personal put-down of Trump. Cohen assails Trump as an "organized crime don" and "master manipulator," but allows that he saw much of himself in a man he once considered a father figure. 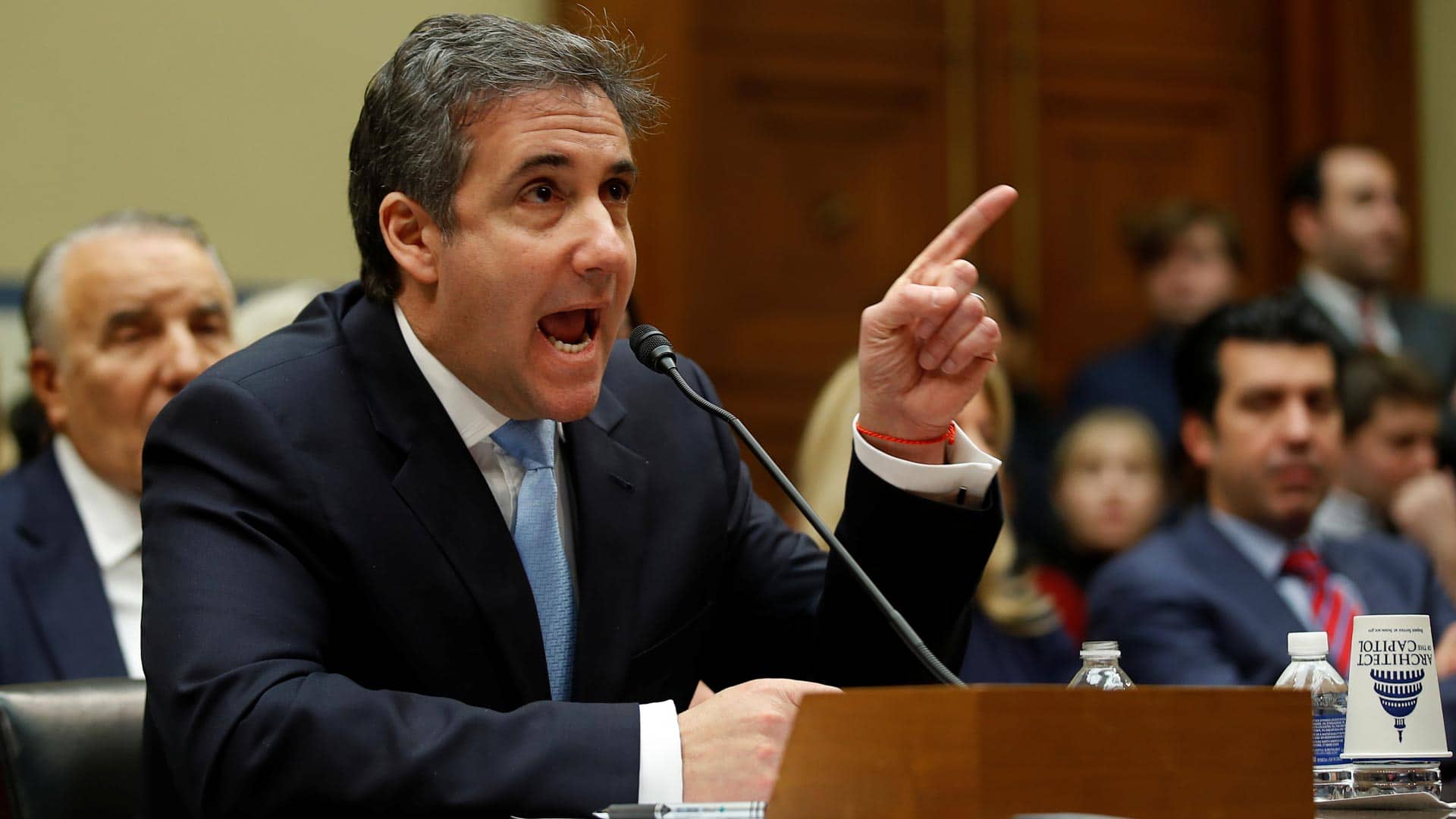 2 years ago
5:04
In testimony over the course of seven hours, Michael Cohen, Trump's former personal lawyer, characterized his former boss as a "racist," a "con man" and a "cheat." But he also said he had no "direct evidence" that Trump or his aides colluded with Russia to get him elected, the primary question of special counsel Robert Mueller's investigation. 5:04

"I care for Donald Trump, even to this day," Cohen writes, "and I had and still have a lot of affection for him."

Cohen remains at a loss to explain his unswerving allegiance to a cutthroat businessman who abandoned him at the most vulnerable point in his life. He likens his fealty to Trump to a mental illness and said he thought of himself as acting like a drug user in need of an intervention.

"It seemed to (my family) that I wouldn't listen to anyone, not even the people who loved me most, as I gradually gave up control of my mind to Trump," Cohen writes.

"I confess I never really did understand why pleasing Trump meant so much to me," Cohen adds. "To this day I don't have the full answer."

'To the brink of disaster'

The memoir offers an introspective — and at times self-loathing — apology for the role Cohen played in Trump's political ascent. He urged Trump for years to run for president but now laments that his election "led the nation and maybe even the world to the brink of disaster."

"I thought Trump was a visionary with a no-nonsense attitude and the charisma to attract all kinds of voters," he writes. But the real reason he wanted Trump in the White House, Cohen concedes, "was because I wanted the power that he would bring to me."

Cohen expresses little to no remorse for his federal crimes, saying he was "railroaded" by the government and pleaded guilty after prosecutors threatened to indict his wife.

He writes that Trump's three oldest children came to Cohen's office after Trump's campaign announcement in 2015, in which Trump referred to people coming to the U.S. from Mexico as rapists and murderers. Cohen says they asked him to convince their father to drop out of the race, arguing his rhetoric was "killing the company."

Cohen says Trump was unconcerned with any harm to his businesses. "Plus, I will never get the Hispanic vote," Trump said, according to Cohen. "Like the blacks, they're too stupid to vote for Trump. They're not my people."

Cohen returns to Trump's treatment of women throughout the book.

He describes the married Trump ogling contestants at his Miss Universe pageant and boasting he could "have all of them" if he wanted. He also claimed to have seen Trump corner and forcibly kiss women at his office.

In a far more personal episode, Cohen writes of Trump leering at Cohen's then-15-year-old daughter at Trump's New Jersey golf club in 2012. Cohen writes that when he told Trump that it was his daughter, Trump replied: "When did she get so hot?"

Cohen also sheds light on Trump's admiration of Russian President Vladimir Putin, saying he admired him most because he "had the balls to take over an entire nation and run it like it was his personal company." But he added that Trump's campaign had been "far too chaotic and incompetent to actually conspire with the Russian government."

Beyond his dealings with Trump, Cohen waxes nostalgic about experiences he says informed his fierce loyalty and attack-dog persona. The Long Island native, a Holocaust survivor's son, writes of rubbing shoulders with mobsters at his uncle's club, where he worked as a teen. After witnessing a poolside shooting, he says he felt a duty to keep quiet. A few days later, he writes, a tough-looking fellow handed him an envelope stuffed with $500 US cash.

Cohen has led a publicity blitz around his memoir even as he serves his federal sentence in home confinement. A judge ruled this summer that authorities had retaliated against him, sending him back to prison in upstate New York after he was furloughed because of the coronavirus pandemic, for publishing the book ahead of the November election.

Cohen was released to home confinement in July and the government lifted a ban on him speaking publicly.

"This story is all I have left for my wife, my children and the country I love so much," Cohen writes.