Bolton, a longtime foreign policy hawk who Trump fired in September over policy differences, also said that the U.S. president had expressed a willingness to halt criminal investigations to give "personal favours to dictators he liked," according to a book excerpt published in the New York Times ahead of its release.

Trump hit back at Bolton, calling him "a liar" in an interview with the Wall Street Journal. The paper also published excerpts Wednesday of the book, titled The Room Where It Happened: A White House Memoir, as did the Washington Post.

Trump told Fox News in a separate interview that Bolton had broken the law by including highly classified material in the book.

Together, the excerpts portray a U.S. president mocked by his top advisers and who exposed himself to far more extensive accusations of impropriety than those that drove the Democratic-led House of Representatives to impeach Trump last year. 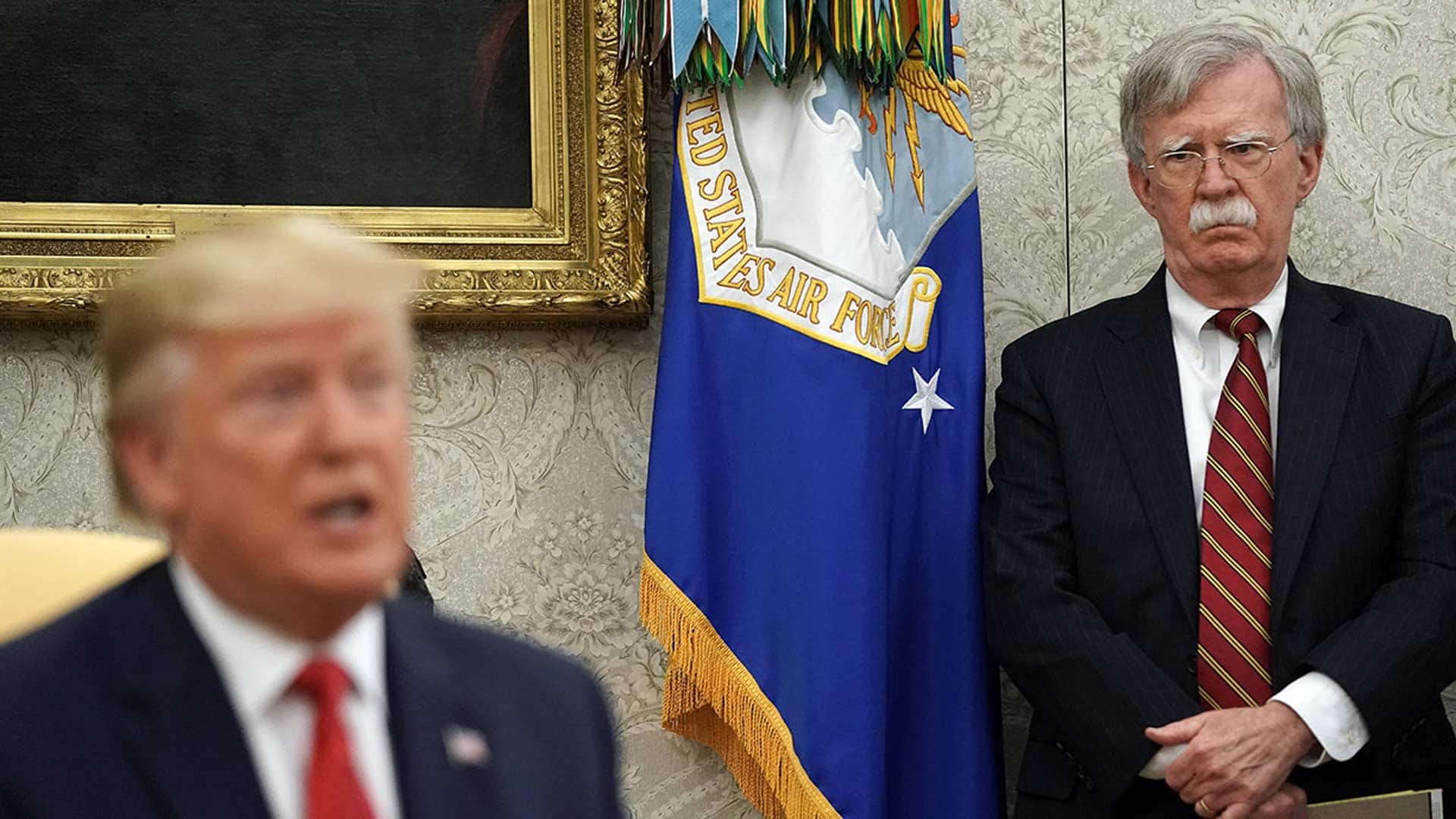 6 months agoVideo
2:00
According to several U.S. media reports, John Bolton's new book alleges that U.S. President Donald Trump is uninformed and all his decisions were made with the 2020 presidential election in mind. 2:00

"Had Democratic impeachment advocates not been so obsessed with their Ukraine blitzkrieg in 2019, had they taken the time to inquire more systematically about Trump's behaviour across his entire foreign policy, the impeachment outcome might well have been different," Bolton wrote, according to excerpts in the Wall Street Journal.

Critics of Bolton note he declined to testify before the House inquiry when his disclosures could have been critical.

Representative Adam Schiff, the California Democrat who led the prosecution of Republican Trump, slammed Bolton for saying at the time that "he'd sue if subpoenaed."

"Instead, he saved it for a book," Schiff said on Twitter. "Bolton may be an author, but he's no patriot."

Still, Bolton's allegations provide new ammunition to critics ahead of the Nov. 3 presidential election, including his behind-the-scenes accounts of Trump's conversations with China's Xi — which, in one case, broached the topic of the U.S. vote.

"Trump then, stunningly, turned the conversation to the coming U.S. presidential election, alluding to China's economic capability and pleading with Xi to ensure he'd win," Bolton wrote, in the most in-depth, damaging portrayal by a Trump administration insider to date and just days after former defence secretary Jim Mattis accused the president of trying to divide America.

Biden said in a statement: "If these accounts are true, it's not only morally repugnant, it's a violation of Donald Trump's sacred duty to the American people."

"I was at the meeting. Would I recollect something as crazy as that? Of course I would," Lighthizer said. "This never happened in it for sure. Completely crazy."

The U.S. government has sued to block Bolton from publishing the book, citing risks to national security, and is seeking a court hearing on Friday.

Publisher Simon & Schuster has dismissed the accusations, and said "hundreds of thousands of copies" of the book have already been distributed.

Although Trump's administration had been strongly critical of China's mass detention of the mostly Muslim Uighur minority and other Muslim groups, Trump gave Xi a green light in June 2019 in Osaka, Japan, Bolton said.

"According to our interpreter, Trump said that Xi should go ahead with building the camps, which Trump thought was exactly the right thing to do," Bolton wrote, saying another top White House official said Trump made similar comments during his November 2017 trip to China.

Bolton cited a number of conversations in which Trump demonstrated "fundamentally unacceptable behaviour that eroded the very legitimacy of the presidency."

Trump would sometimes chide Bolton in meetings, introducing him to visiting foreign leaders by saying, "You all know the great John Bolton. He'll bomb you. He'll take out your whole country."

In excerpts published in the Washington Post, Bolton writes that Trump said invading Venezuela would be "cool" and that it was "really part of the United States."

The U.S. government has publicly said it does not favour using force to topple Venezuela's socialist President Nicolas Maduro.

The book also exposed the sometimes dim view that Trump's advisers have of him. During a 2018 meeting with North Korean leader Kim Jong-un, Bolton says he got a note from Secretary of State Mike Pompeo mocking Trump.

"He is so full of shit," Pompeo's note said, according to a Bolton excerpt in the Washington Post.

Although Trump is publicly critical of journalists, Bolton's book quotes the U.S. president making some of his most alarming remarks to date. In a summer 2019 meeting in New Jersey, Trump allegedly said journalists should be jailed so they have to divulge their sources: "These people should be executed. They are scumbags," according to another excerpt in the Post.