While immigration is a significant issue for many U.S. voters, the policies laid out by each presidential candidate could also have ramifications for Canada.

Biden would likely reverse everything that has happened under Trump, analyst says

This story is part of a five-part series looking at how the policies of the two U.S. presidential candidates, Joe Biden and Donald Trump, differ when it comes to the major issues of interest to Canada, including energy, defence, trade and China/U.S. relations.

Considering it was a centrepiece of his 2016 presidential campaign, it was somewhat surprising that, up until recently, Donald Trump hadn't put forward much of a vision for his plans on immigration in a second term.

But in recent days the administration has announced a series of initiatives, including what would be a significant overhaul of the H1-B visa program.

According to Sarah Pierce, a policy analyst at the U.S.-based think-tank and research centre Migration Policy Institute, the policy differences between the two men can be summed up like this: "Biden's platform is essentially a plan to reverse everything that has happened under President Trump."

While immigration is a significant issue for many U.S. voters, the policies laid out by each presidential candidate could also have ramifications for Canada.

In an effort to protect American workers, the Trump administration recently announced changes to the H-1B visa program — changes, Pierce says, that are the most significant reforms to the program in three decades. For example, the reforms change the definition of what kind of jobs qualify for an H-1B.

A Trump victory would likely mean extending the freeze on many temporary work visas issued outside the U.S. The clampdown on such visas, issued in June through an executive order, included bans on H-1B visas, which are widely used by technology company workers.

Canadians were exempted from the freeze, but the move was actually welcomed by some Canadian tech firms, who see the prospect of skilled workers no longer able to work in the U.S. as Canada's gain.

"We know that has driven a lot of talent to Canada," Pierce said. "I would expect that to continue to happen during the president's second term."

Immigration Minister Marco Mendicino told the Financial Times that these U.S. restrictions had sparked a flood of inquiries from tech professionals in India, China and other countries.

Yung Wu, CEO of MaRS Discovery District, an innovation hub based in Toronto, wrote an editorial in Fortune.com about the policy, under the headline "America, You're Making a Big Mistake on Immigration. And Canada Thanks You."

Wu told CBC that as a result of restrictive U.S. visa policies, along with Canada's more liberal immigration policies, "we've really started to see the impact in terms of a net inflow of talent" in the past two and a half years.

"This has been a huge benefit for us, when the U.S. administration basically freezes the H-1B visa situation," Wu said.

Between 2016 and the end of the fiscal year 2019, applications for green cards for the U.S. decreased by 17 per cent to the lowest number in half a decade, according to the Migration Policy Institute. The number of foreign nationals outside of the country applying for temporary visas also fell by 17 per cent over the same period. 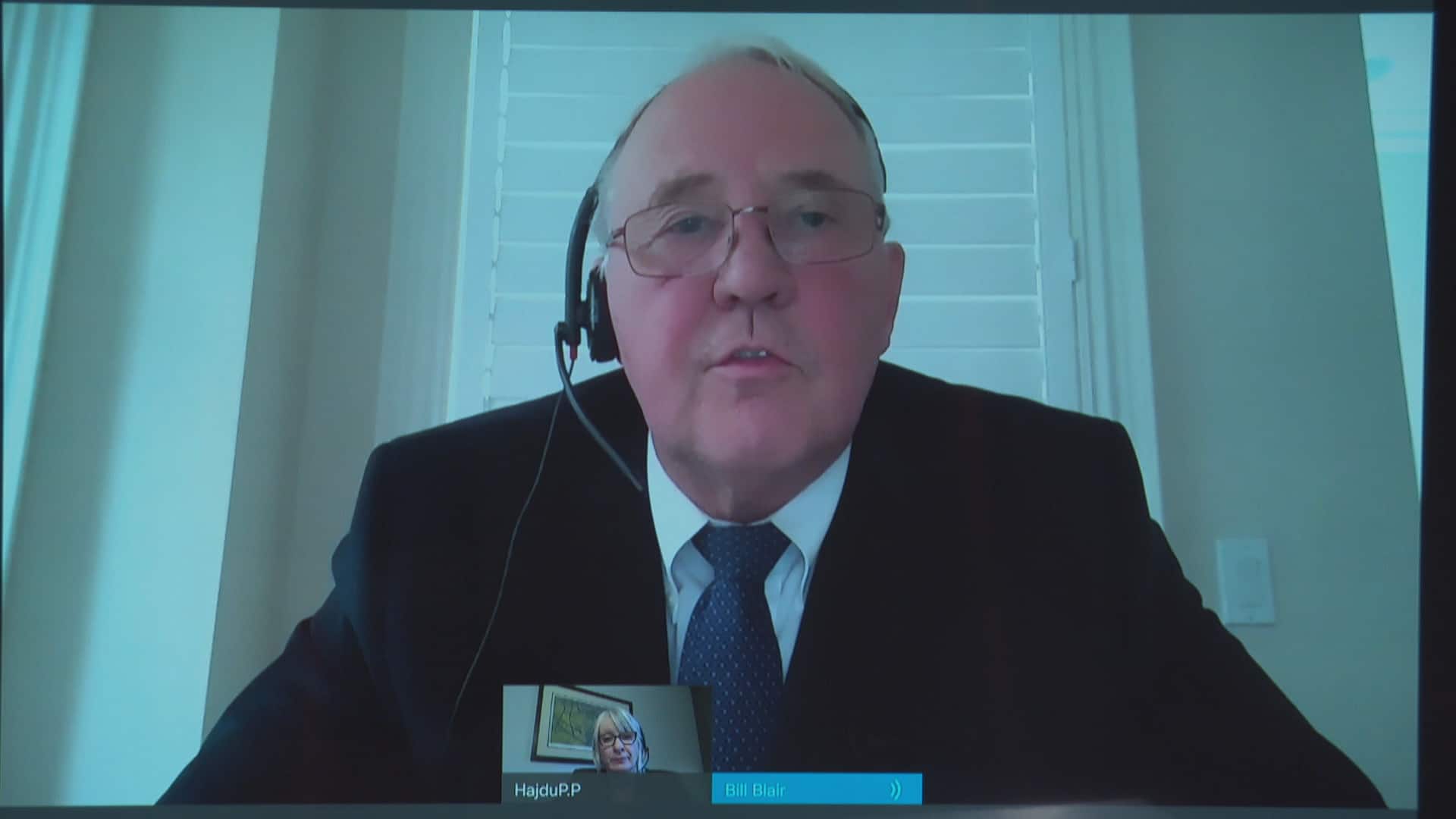 4 months agoVideo
2:05
Public Safety Minister Bill Blair, along with other ministers, outlined new regulations to allow for family reunification and travel to Canada for compassionate reasons. 2:05

Trump's policies are also believed to have had an impact on the influx of foreign students into Canada, with study permits issued to international students by Canada jumping more than 50 per cent from 2016 to 2019.

As Reuters reported, that boom has been a windfall for this country, as foreign students contribute an estimated $21 billion to Canada's GDP each year.

However, with the pandemic leading to travel restrictions and more students engaged in online learning, the number of international students expected to attend Canadian universities is expected to significantly drop.

In September, the 9th U.S. Circuit Court of Appeals ruled that the Trump administration can end humanitarian protection, known as Temporary Protected Status, which has allowed hundreds of thousands of people from El Salvador, Nicaragua, Haiti and Sudan to remain in the U.S.

The policy has granted temporary legal status to groups that have been affected by natural disasters and civil conflict.

The decision will be appealed and orders to leave wouldn't take effect for months, but such a ruling could nonetheless have an impact on Canadian borders.

"Obviously, the election has become extremely important for these hundreds of thousands of migrants in the United States, because should the president be re-elected, it's very likely that within the first year of his re-election, they will become unauthorized in the United States and lose the ability to work legally," Pierce said.

That could mean more pressure on the Canadian border from these migrants. Indeed, Pierce expects a second Trump administration would crack down on illegal migration, which could also lead to a rising number of asylum seekers headed to Canada.

Robert Falconer, a researcher at the University of Calgary School of Public Policy who specializes in immigration- and refugee-related issues, said he expects that a second Trump administration would continue to spur some Americans to move to Canada.

A report he's finalizing found that there were 140,000 extra applications for people to immigrate to Canada after Trump imposed his travel bans in 2017 and an expansion of the ban in 2020.

As well, Falconer believes a continuation of the Trump administration would mean that Canada would remain the No. 1 refugee resettlement destination in the world, which Falconer says is mostly due to the vast reductions in refugees coming to the U.S.

"That's somewhat due to the Trudeau government, but mostly due to the vast reductions [in refugee approvals] out of the Trump administration," he said.

The current administration recently sent a notice to Congress saying that it intended to admit a maximum of 15,000 refugees in 2021, 3,000 fewer than the ceiling set for 2020.

According to the Migration Policy Institute, refugee admissions dropped to 22,491 in 2018, down from 84,994 in 2016, reaching the lowest level since the modern U.S. refugee resettlement program began in 1980.

Canada is mentioned twice in Biden's platform on immigration.

For one thing, he calls for a regional meeting of leaders, including from El Salvador, Guatemala, Honduras, Mexico and Canada, to address the factors driving migration and to propose a regional resettlement solution.

The purpose of that, said Falconer, is to create "a more equitable distribution of refugees."

As well, the platform mentions working with the Canadian and Mexican government for a better border policy. Falconer said that could be an indication that Biden would be willing to renegotiate the Safe Third Country Agreement with Canada. 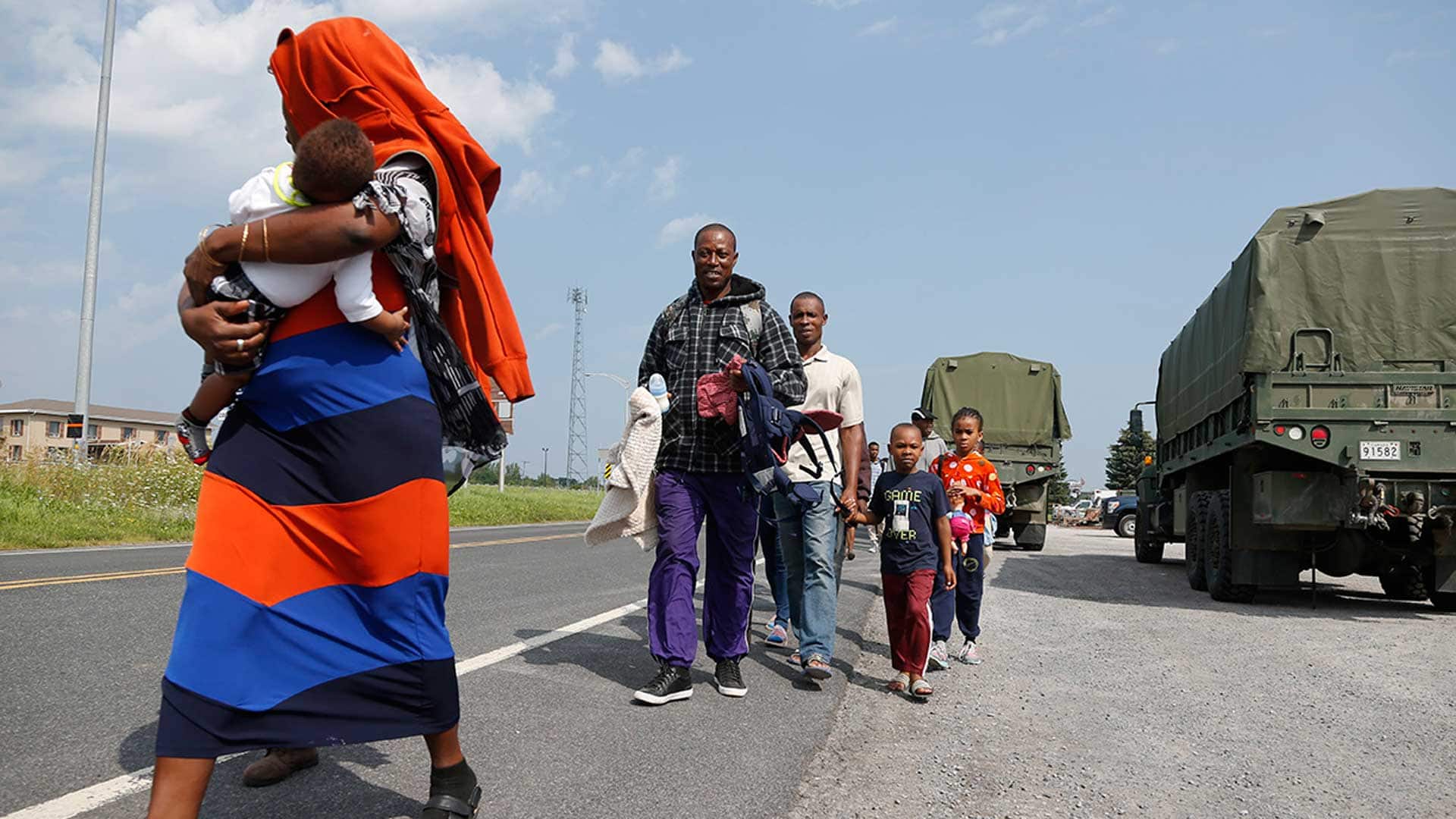 6 months agoVideo
1:49
A federal court has ruled that the Safe Third Country Agreement violates asylum-seekers’ rights because the U.S. is no longer considered safe for refugees. 1:49

Under the deal, a person must make their refugee claim in the first so-called "safe country" they reach. But a federal court recently ruled that the agreement infringes upon the Canadian Charter of Rights and Freedoms, and that by returning ineligible refugee claimants to the U.S., Canada exposes them to risks that include detention and eventual deportation to countries where they could face harm.

Biden has indicated he would reverse Trump's H1-B visa freeze, telling a town hall meeting back in June that the visa freeze policy "will not be in my administration."

Does that then mean Canada could lose some of those skilled workers it attracted?

"Transitions take time," said MaRS's Wu. "Even if there is a transition from Donald Trump's regime, who knows how immigration is viewed in the U.S."

Biden notes on his website that he will work with Congress to reform the current system of temporary work visas, but that employers should supply data showing the lack of labour availability and the harm that would result if temporary workers were unavailable.

On his website, Biden said he would order an "immediate review of Temporary Protected Status for vulnerable populations," arguing that Trump's decisions to rescind TPS for thousands is "a recipe for disaster."

Biden has also indicated he wants to repeal the travel ban and increase the number of refugees coming into the U.S. to 125,000.

All this, says Falconer, would signal to the world that the U.S. is open for immigration and potentially impact the numbers coming into Canada.

Pierce said regardless of who wins the presidency, the U.S. immigration system as a whole is so archaic, Canada will continue to enjoy an influx of international students and high-skilled labour.

These people may have been interested in coming to the U.S. "but don't want to deal with the outdated and problematic system we have here," she said.