Donald Trump's tweet declaring himself a "stable genius" amid questions about his mental fitness has rekindled talk about how invoking the 25th Amendment could remove him from office on grounds that he's "unable" to carry out presidential duties.

Donald Trump's tweet declaring himself a "stable genius" amid questions about his mental fitness has rekindled talk about how the 25th Amendment — originally ratified for extreme cases such as a comatose president — could remove him from the Oval Office.

That would also be highly improbable.

Author Michael Wolff's bestseller Fire and Fury: Inside the Trump White House lays out purported accounts that the U.S. president's staff privately worry Trump's mental stability could be his undoing.

Invoking the U.S. Constitution's 25th Amendment is an idea that's "alive every day in the White House," Wolff told NBC's Meet the Press. It's a concept he said has been chewed over among staffers who think it's one way Trump could be ousted from power, on grounds that he's "unable" to carry out his presidential duties. 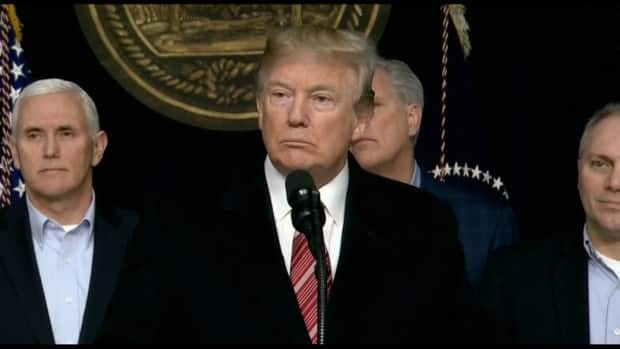 Why Trump tweeted about his mental stability

But the political barriers would make it "exceptionally unlikely," according to constitutional expert Jonathan Turley, who teaches law at George Washington University.

For one thing, Trump does meet the standard of being able to serve, he said.

"The amendment simply says a president must be able to discharge his duties. It doesn't necessarily say to discharge them well," he said. "People seem to be confusing that point."

It would be changing the standard, he said, to suggest Trump is unable to discharge his duties based on his turbulent leadership style and erratic, nuclear war-threatening Twitter habits. 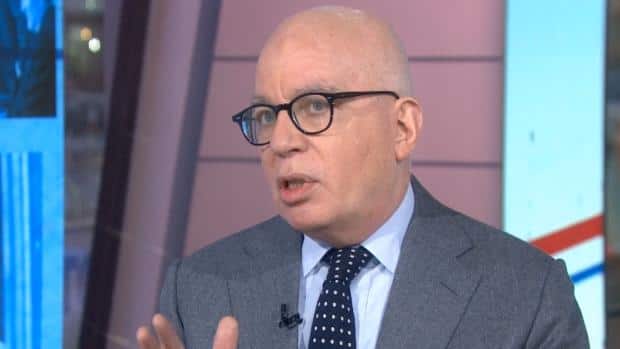 Liberal opponents of the administration have for months endorsed the constitutional measure as a mechanism to unseat Trump, citing his erratic behaviour. Trump himself raised the topic of his mental health when he declared via Twitter on Saturday that he is "a very stable genius."

"Actually, throughout my life, my two greatest assets have been mental stability and being, like, really smart," he tweeted.

Two avenues exist for Trump's removal under the 25th Amendment, though Turley sees no clear basis for why either would work. The first route is what he refers to a "mutiny option," whereby Vice-President Mike Pence and a majority of the cabinet — eight members — agree on paper that the president is no longer able to discharge the duties of the Oval Office. They would then notify Congress that the vice-president intends to take over, making Pence the acting president.

....Actually, throughout my life, my two greatest assets have been mental stability and being, like, really smart. Crooked Hillary Clinton also played these cards very hard and, as everyone knows, went down in flames. I went from VERY successful businessman, to top T.V. Star.....

This can easily be undone by Trump himself.

"If the president simply declares to Congress that no inability exists, he then resumes his power," Turley said.

Then Pence and his cabinet would have to send another declaration within four days to declare Trump unfit.

Once Congress receives that second declaration, it then has 48 hours to debate the issues and then 21 days for both chambers of Congress to agree by a two-thirds majority to remove the president from power. Achieving dual supermajorities would be almost impossible, however, given that Republicans currently control both houses.

This avenue also presupposes that Pence and Trump's cabinet would be disloyal to the president. Even if the group manages to cobble together eight cabinet members to turn against Trump, he could just fire the dissenters.

"An insurmountable barrier at every stage," Turley said.

So Democrats appear to favour a second option, one that eliminates the need for cabinet approval.

Instead, it would use a disability review panel to evaluate whether Trump is physically or mentally unsound. That process still requires the vice-president's assent.

"While you get around the requirement of eight cabinet members, you do not get around Pence," Turley said.

Yale psychiatrist Bandy Lee reportedly briefed Democratic lawmakers and one unnamed Republican senator in December about Trump's mental health, warning them that the president was "going to unravel" because of the pressures of his job.

Section 4 of the 25th Amendment is the only provision that has never been invoked. It describes procedures for replacing the president in the event of physical incapacitation and was ratified in 1967 in response to the assassination of president John F. Kennedy. Congress was confronted with the question of what to do if the president had survived the shooting and remained comatose.

That's why Republican strategist Evan Siegfried insists "the only way the 25th Amendment is ever going to be invoked is if this president slips into a permanent vegetative state."

"It was designed for if somebody was actually debilitated."

John D. Feerick, former dean of Fordham Law School and one of the amendment's chief architects, told the Los Angeles Times last year it was devised with medical incapacity in mind but not matters such as unpopularity or "poor judgment, laziness, or impeachable conduct — none of that."

Turley estimates that up to a quarter of the U.S.'s presidents could have been removed from office for suffering from forms of "mental or emotional" issues, including Abraham Lincoln and Thomas Jefferson, who were believed to have shown symptoms of clinical depression.

Lyndon B. Johnson's aides were concerned about his paranoia in the wake of the Vietnam War. Serious discussion also arose during Ronald Reagan's administration about his mental fitness in the latter years of his presidency. Reagan was diagnosed with Alzheimer's in 1994.

To Turley, the most troubling thing about calls to invoke the 25th Amendment in Trump's case is that it would, if successful based on current facts, "eviscerate the constitutional standard for removal."

There's no sign, however, that Trump is losing any sleep over that possibility.

When his former chief strategist Steve Bannon expressed concern months ago that the 25th Amendment could end Trump's presidency early, the president reportedly had a question.

"What's that?" he asked, according to an October 2017 article in Vanity Fair.