Many Lebanese want the probe taken out of the hands of their own government, having learned from past experience that the long-entrenched political factions, notorious for corruption, won't allow any results damaging to their leadership to come to light.

Lebanon's judicial investigation of the Beirut port explosion started with political wrangling over the naming of a lead investigator, military threats to jail leakers and doubts over whether a panel appointed along sectarian lines could be fully impartial.

So for many Lebanese, their greatest hope for credible answers about the blast that wrecked much of their capital may lie with outsiders. Families of the dead and survivors on Friday called on the UN Security Council for an international investigation. Others pin their hopes on the French forensic police who have joined the probe and FBI investigators are expected to take part. Two French investigating magistrates have been assigned to the case, the Paris prosecutor's office said Friday.

"We are not lawyers or politicians, we are families and people, our appeal today is to the people of the international community," said Paul Najjar, a survivor of the explosion. "Is it acceptable today that people would find their homes shattered, their families killed, their hopes and their dreams killed as well, with no justice, in all impunity?"

A Lebanese prosecutor on Friday postponed the questioning of former and current, caretaker finance and public works ministers, pending a letter from the newly appointed investigator assigned to the case that says he lacked the authority to question ministers.

French teams have pressed ahead at their work, sending divers into the underwater crater, taking explosives samples and preparing recommendations for both the French and Lebanese magistrates. Among the French judicial police on the case are men and women who responded after the 2004 tsunami in Japan, the 2010 earthquake in Haiti, and the November 2015 and Bastille Day 2016 terror attacks in France.

The Beirut explosion lies at the crossroads of a disastrous accident and a crime scene. It still was not known what sparked the fire that ignited nearly 3,000 tons of ammonium nitrate that were stored for years in Beirut's port next to densely populated residential areas. Documents have emerged that show the country's top leadership and security officials were aware of the stockpile.

Search and rescue crews flew in from around the world in the immediate aftermath and found themselves looking at a scene that was both familiar and yet strangely alien.

"In an earthquake, it's easier because we can understand ... how it moves. But in this case, we didn't have enough elements to understand what happened," said Alberto Boanini, a member of the Italian rescue team. The team has seen its share of quakes and forest fires, but nothing quite like the port in Beirut, where he said it was hard to fathom what could level it so completely.

Many Lebanese want the probe taken out of the hands of their own government, having learned from past experience that the long-entrenched political factions, notorious for corruption, won't allow any results damaging to their leadership to come to light. The explosion killed more than 175 people, injured at least 6,000 and left tens of thousands homeless.

Paris sent judicial police and assigned the magistrates in Paris this week because two French citizens were among the dead, and French law gives jurisdiction for an investigation if a citizen dies abroad under questionable circumstances.

But the French investigators work only at the invitation of the Lebanese, and their orders are confidential.

French officials say they have the access they need but will not say whether their inquiry extends to questioning witnesses or requesting documents. They hand over their findings to the Lebanese, but keep a mirror copy for a French inquiry. The FBI is also joining at Lebanese authorities' invitation.

"At the request of the Government of Lebanon, the FBI will be providing our Lebanese partners investigative assistance in their investigation into the explosions at the Port of Beirut on August 4th," the FBI said, adding that it was not an FBI investigation.

Top Lebanese officials, including President Michel Aoun, have rejected calls for an independent probe, describing it as "a waste of time" and suggesting it would be politicized. Nonetheless, Nada Abdelsater-Abusamra, a lawyer representing victims, said a letter was submitted this week to the UN Security Council asking for an international investigation.

"The Lebanese government refused to do it, they are claiming it will affect the sovereignty of Lebanon," she said. "This is ridiculous. The only thing that the international investigation affects is the position of these rulers and these politicians."

The leader of the powerful Hezbollah group on Friday said he did not trust any international investigation — claiming the first thing it would do is clear Israel of any responsibility in the port explosion.

Israel has denied involvement and so far no evidence has emerged pointing otherwise, but Aoun, who is supported by Hezbollah, has said it's one of the theories being investigated. In a speech Friday night, Hezbollah's Sayyed Hassan Nasrallah said Israel will be met "with an equally devastating response" if the investigation points to its involved.

In its last decision before resigning under pressure, six days after the explosion, Prime Minister Hassan Diab's government referred the case to the Higher Judicial Council, Lebanon's highest justice authority, to carry out the investigation. 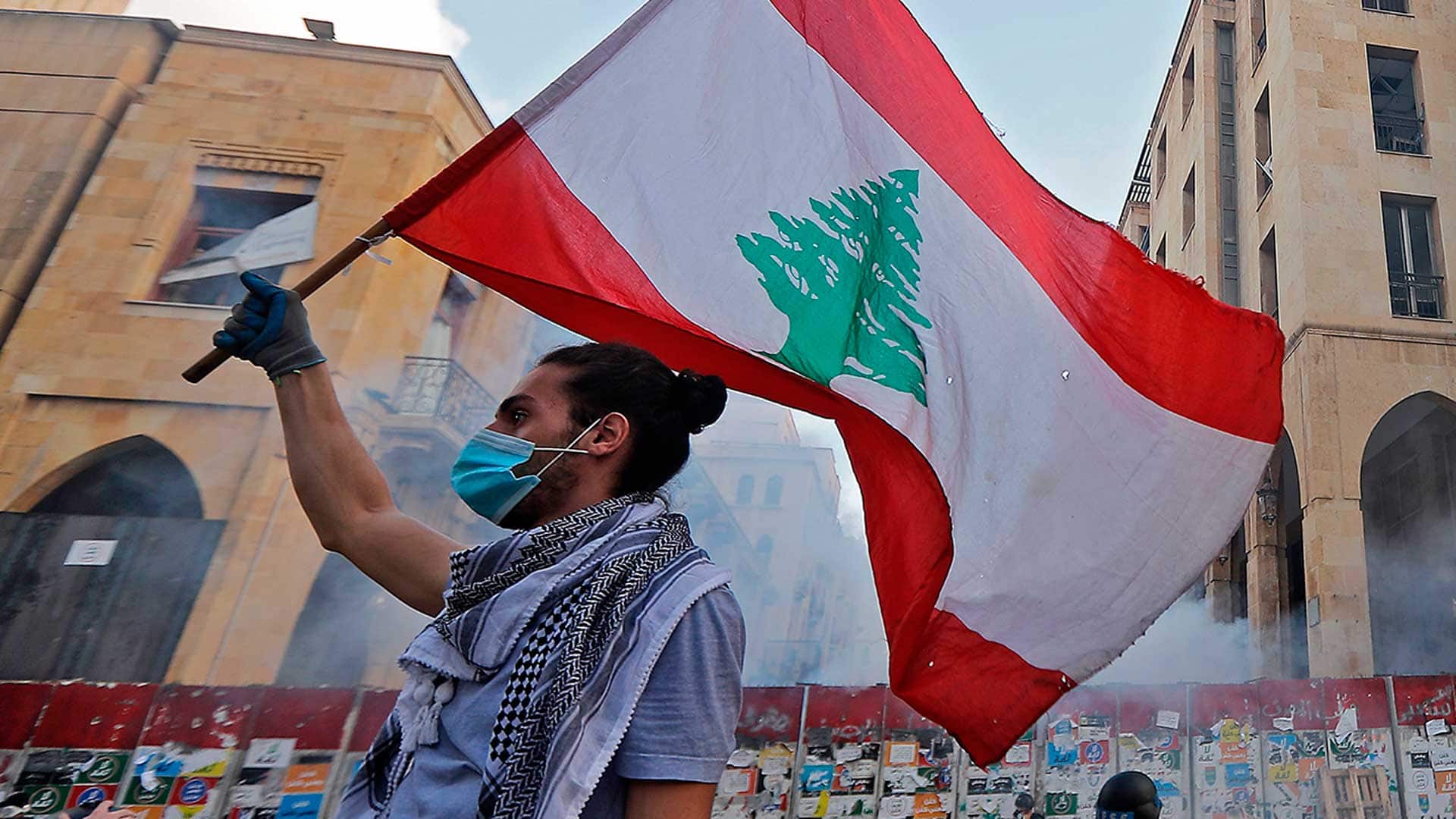 4 months agoVideo
2:10
Lebanese Prime Minister Hassan Diab announced that he and his entire cabinet have resigned in the wake of the blast in Beirut that killed hundreds, injured thousands and left a huge chunk of the city devastated. 2:10

An argument then ensued with the outgoing justice minister over the investigation's lead judge. After public wrangling, they compromised on Judge Fadi Sawwan, a former military investigating judge.

The council itself is made up of 10 people, eight of whom are appointed according to the interests of the various political factions and religious sects in line with Lebanon's sectarian power-sharing system.

"Our thoughts remain with those Canadians injured or missing in Lebanon, and with Lebanese-Canadian communities worried about their loved ones, as the search continues," Trudeau said in a statement.

Among the Canadians killed is three-year-old Alexandra Naggear. 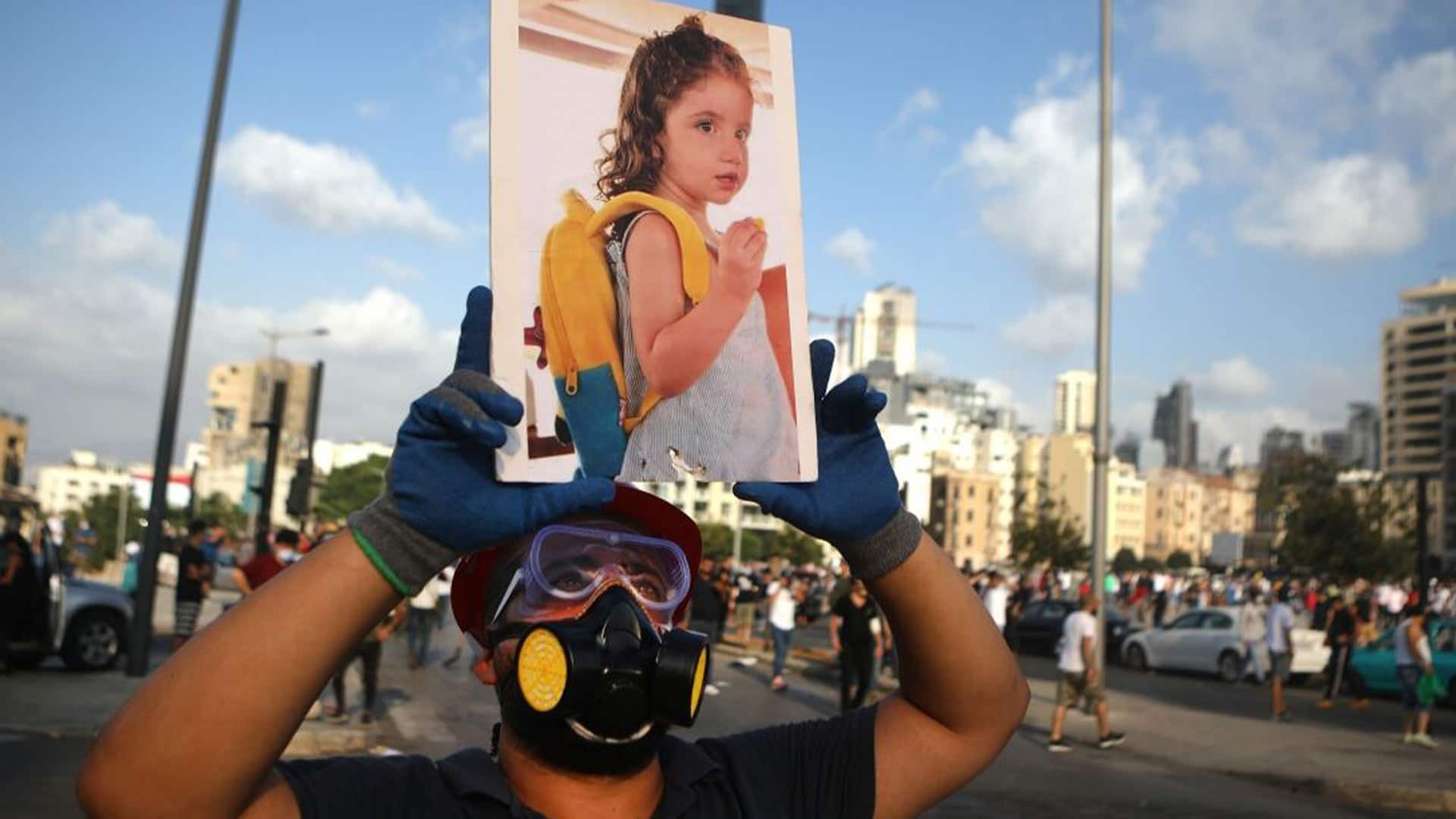 Trudeau also announcement measures aimed to aid Lebanon and those with ties to the country.

Those include setting up a task force in the Lebanon to help Canadians in the country with consular assistance; allowing Lebanese citizens in Canada to extend their stay on a temporary basis should they be unable to return home due to the blast; and matching donations up to $5 million.

"Canada will continue to stand with the people of Lebanon and to support them as they begin the difficult task of rebuilding their lives and their city," he said.