Here's how Trump and Biden differ on U.S.-Canada trade tensions

Donald Trump has had a transformative trade agenda, which has rained tariffs on partners and stalled the WTO. Joe Biden would come closer to restoring American norms, but he would present challenges for Canada, too.

This story is part of a five-part series looking at how the policies of the two U.S. presidential candidates, Joe Biden and Donald Trump, differ when it comes to the major issues of interest to Canada, including energy, defence, trade and immigration.

The anthology of catchphrases summarizing the Canada-U.S. relationship runs the gamut from John F. Kennedy's solemnity to Pierre Trudeau's comedy.

But when it comes to trade these days, perhaps the best example of the genre manages to be a bit of both.

"The Americans are our best friends," Robert Thompson, a Canadian MP in the 1960s, once told the House of Commons. "Whether we like it or not."

Canada is extraordinarily dependent on the U.S. market, which buys nearly three-quarters of our exports. That means decisions in American trade policy at this highly unpredictable moment hold considerable consequences.

U.S. President Donald Trump's agenda is transformative, while Joe Biden's is more restorative. But even Biden's attitude toward trade presents challenges for Canada.

It's well-known that Trump loves tariffs and resents American trading partners for their own trade barriers.

Since becoming president, he has triggered tariff feuds that have slowed the growth of international trade; forced Canada and Mexico to renegotiate NAFTA; engaged in multiple feuds with China while also signing an agreement; and basically paralyzed the World Trade Organization's top dispute body.

The threat of aluminum tariffs continues to linger over Canada. The Trump administration could impose new penalties after the election.

Canadians are well aware of Trump's tweets and threats, but they may be less familiar with the architect of his trade policy. Robert Lighthizer is the trade representative who got into heated negotiating sessions with Canadian NAFTA negotiator Chrystia Freeland.

Lighthizer is notoriously media-averse, which makes his recent 5,000-word essay in Foreign Affairs magazine so interesting, as it lays out his longer-term objective.

He is threatening prolonged paralysis at the WTO while demanding several sweeping changes at the world body — namely, reduced tariffs in developing countries; limits on trade deals between countries that don't share a border; a crackdown on Chinese state-funded capitalism; and less powerful dispute mechanisms.

For all the complaints about U.S. protectionism, American tariffs are among the lowest in the world, and Lighthizer wants a more even playing field.

Canada is directly affected by this WTO standoff. Canada recently won a case at the WTO over softwood lumber duties. Yet the process appears to be sabotaged.

That's because the U.S. is appealing the case to a panel that will perhaps never meet: the WTO appeals body. The reason it can't meet is that the Trump administration, unhappy with the WTO, started blocking the appointment of its judges. The Canadian government says it's "surprised" and "deeply concerned" about what the U.S. is doing to the global trading system.

Lighthizer has made clear he'd be perfectly fine with the WTO appeals body being gone forever.

Based on his Foreign Affairs essay, Lighthizer's view of trade can be boiled down to this: In order to preserve manufacturing jobs that sustain stable working-class communities, an ideal trade policy sacrifices some of the efficiency of international imports, even if it occasionally increases the cost of goods.

Lighthizer also brushes off a non-economic argument for trade advanced by Freeland and many others — that it encourages world peace. Lighthizer lists examples of trading partners going to war and, conversely, of peace between countries embroiled in protectionist fights.

We need to believe in and speak up for democracy and for the international rules-based order that supports it. <a href="https://t.co/cald9sL7Hz">pic.twitter.com/cald9sL7Hz</a>

Lighthizer's main point is that the ideal is a middle path between free trade and protectionism, "somewhere between the openness of the 1990s and the barriers of the 1930s," he wrote in a subsequent essay in Foreign Affairs.

"Neither old-school protectionism nor unbridled globalism.… Instead, as the United States confronts future trade challenges, it should chart a sensible middle course — one that, at long last, prizes the dignity of work."

A former Obama White House official criticized Lighthizer's essay, saying the current administration is great at breaking systems but hasn't shown much interest in fixing anything.

"I would expect it to be more of the same [in a second term]," said Chad Bown, now a senior fellow at Washington's Peterson Institute. "Highly disruptive, really unclear as to what the end game would look like."

Bown countered in an essay of his own that there are better ways to support workers than Trump's approach to trade, which he said does more harm than good.

Take the new NAFTA. Those negotiations put considerable strain on relations with Canada and Mexico for a gain of 0.12 per cent in U.S. employment, according to the U.S. federal agency that did an independent estimate.

There's limited evidence of a manufacturing boom under Trump — on the national level, and in key states like Michigan, Pennsylvania and Ohio, the employment trend line between the 2009 and 2020 recessions was pretty stable.

Charles Benoit, a Canadian-born trade lawyer who lives in Washington, said Canada should not instinctively recoil at some of the things Trump is doing.

Benoit, who has called Lighthizer's ideas for WTO reform "genius," said forcing changes in international tariff schedules would be transformative — and could be to Canada's benefit.

Benoit said Canada has experienced versions of the phenomena Lighthizer bemoans, albeit on a smaller scale than in the U.S.: Canada also has trade deficits with most of the world, a long-term decline in manufacturing employment and a multi-decade dip in male labour-force participation.

"Every nation should pursue greater self-reliance to boost employment, wages and shared prosperity. This was how Canada was founded: [with] Sir John A. Macdonald's National Policy," said Benoit, trade counsel at Coalition for a Prosperous America, led by former steel executive and Trump administration ally Dan DiMicco.

"Both the U.S. and Canada have seen production bleed off-shore for half a century.... People in both countries have had enough."

He said Pierre Trudeau would have respected the Trump administration's departure from "neoliberal" trade assumptions and suggested the current Trudeau government should do the same.

It's not clear the 73-year-old Lighthizer would stay on as U.S. trade representative for a second Trump term. What does seem clear: the tariff threats would continue, as would tensions at the WTO.

"I am a free trader and a supporter of globalization," Biden said in a speech in his final days as vice-president. But, he added, "Globalization has not been an unalloyed good."

A Biden win would not, by any stretch of the imagination, signal an end to trade disputes with the U.S. He has already said he intends to pursue Buy American policies as aggressively — or even more so — than Trump when it comes to public works.

Biden has, however, promised some changes. His trade platform hints at dropping the national-security tariffs against allies' steel and aluminum — the so-called 232 tariffs popular with Trump.

Susan Rice, who was on Biden's short list of running mates, told CBC News she was "offended" by Trump's national-security tariffs against Canada, and said Biden would not impose them.

WATCH | The push to get Americans in Canada to vote in 2020 election: 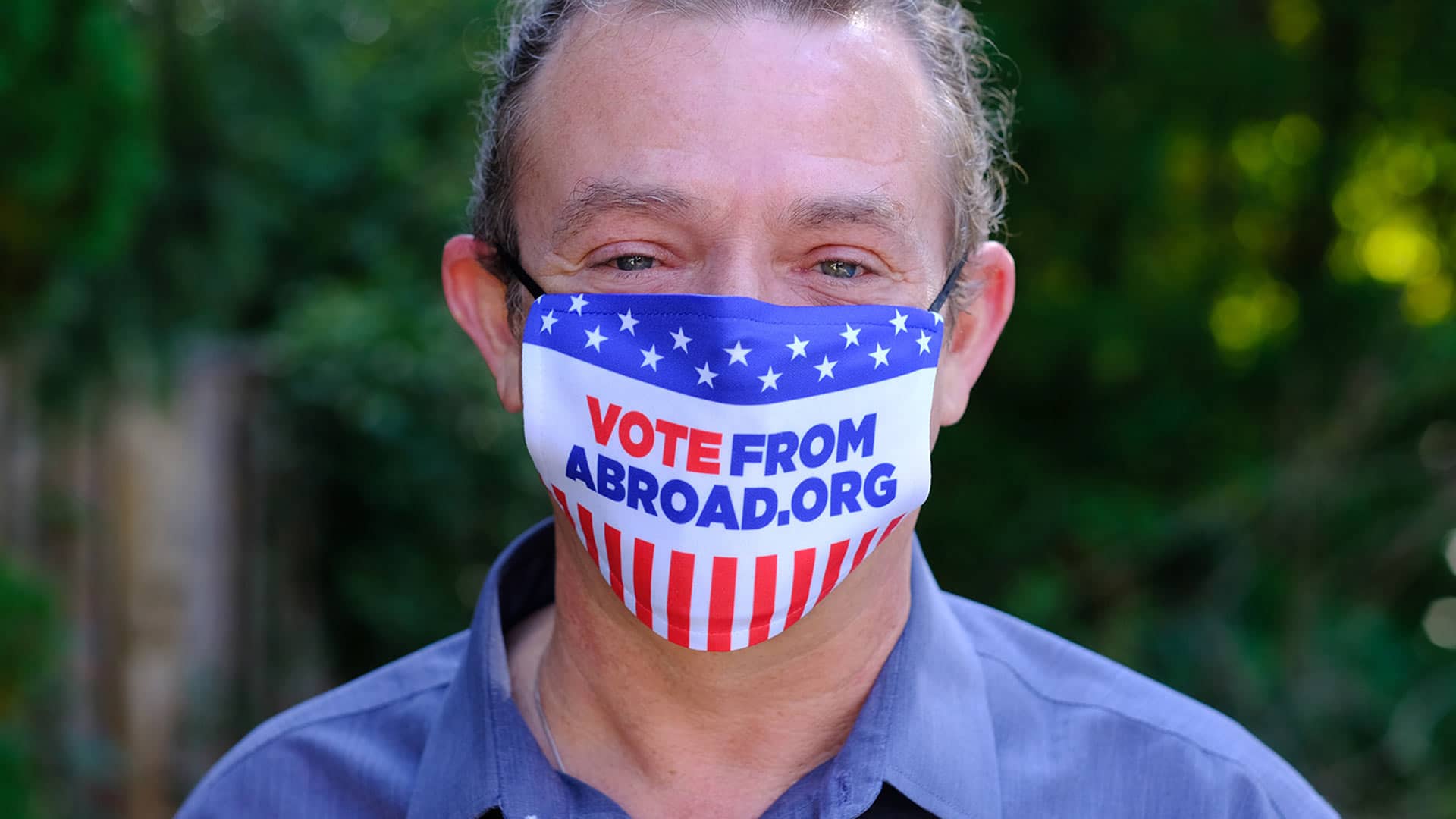 2 months agoVideo
4:46
With the U.S. presidential election just a month away, the final push is on to get Americans living in Canada to cast their ballot. And for many, the election isn’t just about politics, it’s personal. 4:46

Biden's platform says he would avoid picking fights with allies and would instead work with them to limit Chinese state-directed overproduction in areas like steel, aluminum, fibre optics and shipbuilding.

Another potential change could have significant implications for Canada: Biden has said he would consider re-entering the agreement formerly known as the Trans-Pacific Partnership, with some modifications.

As vice-president, Biden worked on that agreement (which Trump refused to enter), though Biden has signalled it would not be a first-year priority, as his administration deals with more urgent matters.

A U.S. re-entry would potentially neutralize one of the most destabilizing elements of the new NAFTA from the Canadian government's perspective. The Trump team insisted upon a so-called sunset clause — Article 34.7 requires new negotiations, starting every six years, and without a new deal in 16 years, the agreement is cancelled.

Canadian officials said one reason they were willing to live with that perpetual threat was the belief that the U.S. might someday sign onto another pact, likely the new CPTPP.

Bown said several things would be unlikely to change under Biden.

Softwood lumber is a perpetual irritant that would continue. Bown said he expects Biden would also insist on some changes at the WTO before agreeing to new panelists. And he expects the trans-Pacific pact is low on the list of priorities.

But he expects that under Biden, there would be far less combativeness toward allies.

One former WTO official said a Biden win would achieve one major objective: preventing Trump trade policy from establishing itself as the new American norm.

"I think the stakes [of this election] are really big," said Simon Lester, now a trade-policy analyst at the pro-free-market Cato Institute, based in Washington, D.C.

"Trump has a traditional, old-style, 19th-century view of trade," said Lester, which holds that "tariffs are good, they make the economy better; international organizations, international trade agreements are, at best, tolerable."

Lester's assessment: "We can undo four years of Trump much easier than we can undo eight years."

His view? Americans don't pay close enough attention to trade to have a strong opinion. "It's just not driving people to vote," he said.

Chris Sands, the head of the Canada Institute at the Washington-based Wilson Center, said the revised NAFTA gives Canada an opening to pursue new objectives. The agreement creates new Canada-U.S.-Mexico committees that will work on agriculture, labour and economic competitiveness.

He believes that North America will eventually have freer mobility of workers, so that people can more easily cross the border for a job.

In the meantime, he said, Canada needs to think about its objectives for this continent, and pursue those ideas in the new NAFTA committees.

"Canada should bring its A-game, and a sense of what it wants for North America," Sands said. "I think Canada needs to have a strategy for that."