Would you use a see-through public washroom? Japan is giving park-goers the chance, with imaginative new transparent restrooms courtesy of the Tokyo Toilet Project.

Would you use a see-through public washroom?

Japan is giving park-goers the chance, with imaginative new transparent public restrooms courtesy of the Tokyo Toilet Project, a Nippon Foundation initiative supported by the local government. The clear glass box clouds over when users lock the door, giving them privacy, the group promises.

The futuristic facilities were originally timed to debut during the now-postponed Summer Olympics.

Japan has been steadily boosting its tourism numbers in recent years, and Prime Minister Shinzo Abe had set a target of 40 million inbound tourists in 2020. What would have been a record-breaking achievement has now collapsed under the coronavirus, with overseas visits to Japan down by 99.9 per cent in June compared with last year, according to the JTB Tourism Research and Consulting Co.'s latest findings.

"I've never seen a toilet like this anywhere in the world," said Yuki Kikuchi, who lives in the Shibuya neighbourhood. "At first, I didn't think this was an actual toilet people could use. It's nicer than the one in my apartment."

Kikuchi's friend, Sho K., said he was wary about trusting the glass to cloud over. "When I saw it at first, I didn't trust it, I don't know, a gimmick or something," he said.

"I am a little afraid it would stop working and people would see me," she said.

WATCH | The CBC's Katharine Starr on the reaction to the translucent toilets: 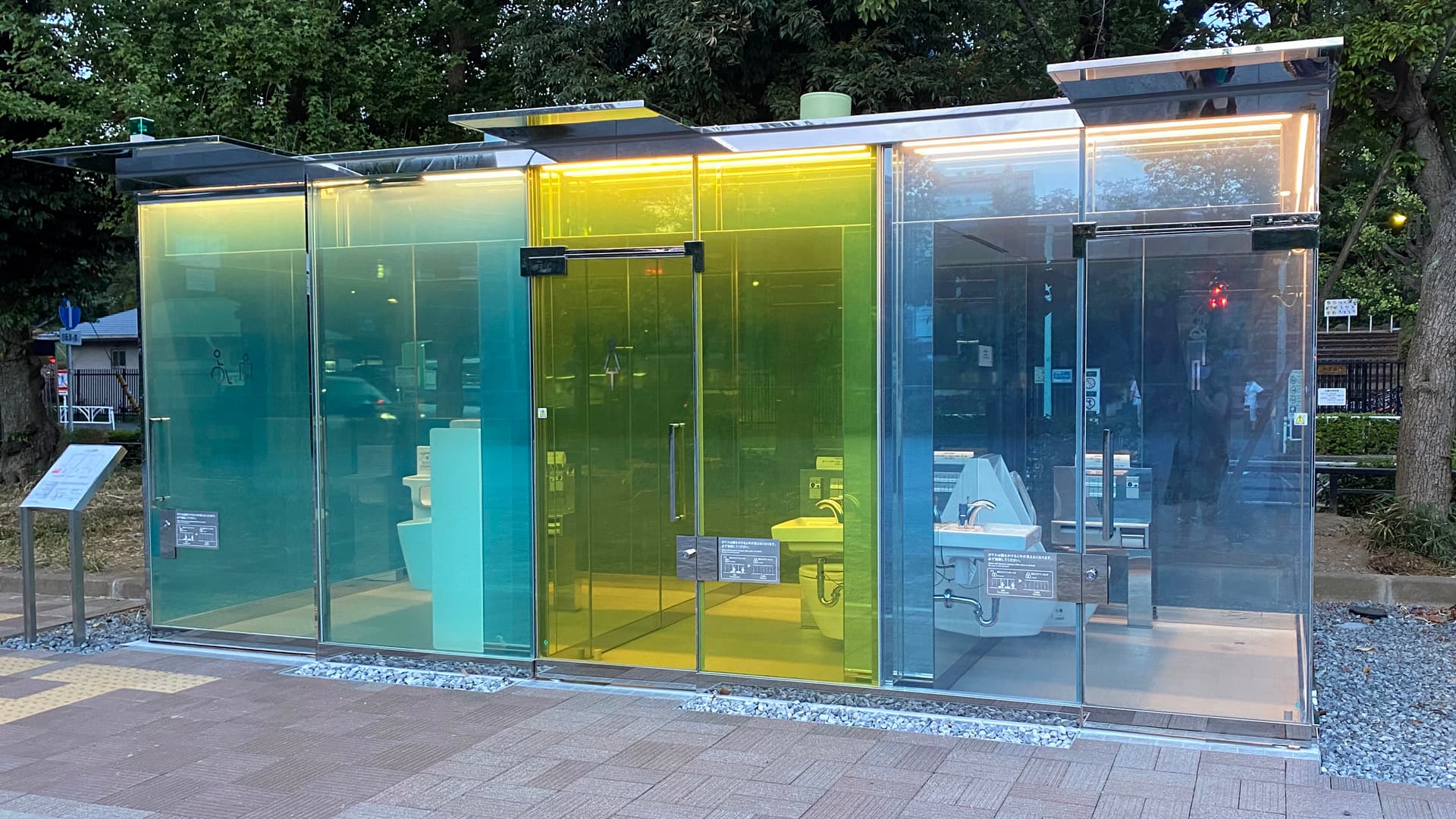 The CBC's Katharine Starr describes the public reaction to the restrooms

2 months ago
1:22
The translucent toilets are causing a stir, but not everyone is keen to actually use them. 1:22

Ban's purpose in designing the see-through toilets was to allow people to check that stalls were clean and empty before going in.

"There are two things we worry about when entering a public restroom, especially those located at a park," the architect's entry on the Tokyo Toilet Project website reads. "The first is cleanliness and the second is whether anyone is inside."

Give young architects a chance, too

Kevin Chan, an architect from Hong Kong, came to check out the toilets out of professional interest. He applauded the decision to focus on something as humble as a public restroom. "Architecture is not just for the rich; the public facilities are most important," he said.

WATCH | Architect says such projects bring architecture to everyone: 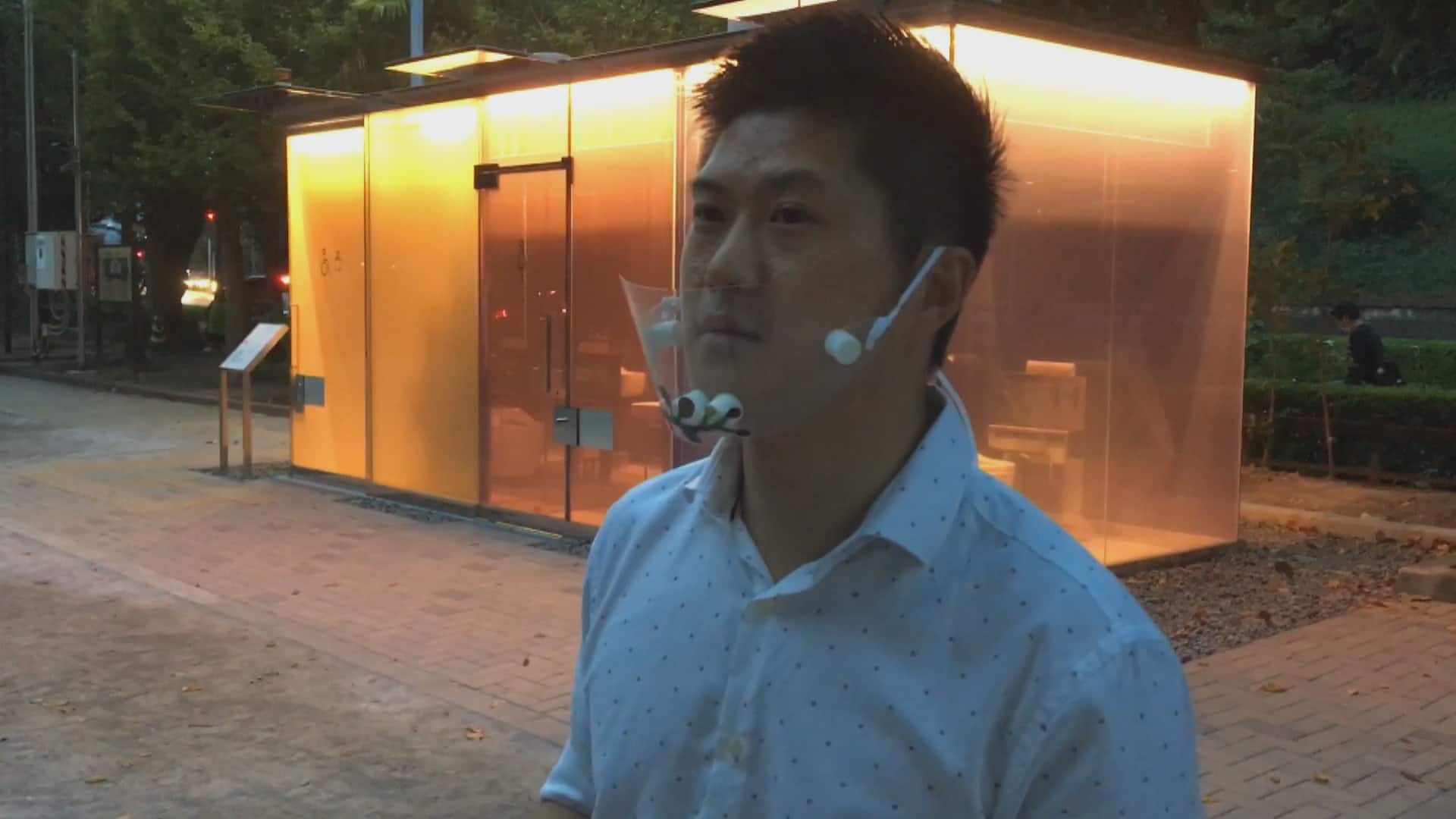 But Chan also had a suggestion for future projects.

"I think the country or the government have to give more chances, more opportunities, for young architects to make more innovative designs ... not just only find some famous architect to make a noise."

The public toilets are indeed creating a stir — and contributing to an international image of Japan, Sho said.

"When people ask me what Japan is, I answer we are very creative and nerdy, very weird but creative," he said. "I thought, 'What the heck is this?' but I think it shows off Japan."