One of the world's best known foreign correspondents told CBC's The Investigators that her "blood ran cold" when Donald Trump tweeted out that those who were protesting in the streets after his election win had been "incited by the media."

Just had a very open and successful presidential election. Now professional protesters, incited by the media, are protesting. Very unfair!

Amanpour says several statements made in recent months by the U.S. president-elect — in which he has variously described journalists as "despicable and dishonest," "crooked" and "liars" — can be the beginning of a dangerous political narrative.

Earlier this week, Trump held meetings with several high-profile U.S. journalists, including some of Amanpour's CNN colleagues. The gathering with TV network executives and anchors at Trump Tower in Manhattan was later reported to be a dressing-down by the president-elect for what he considered their unfair treatment of him during the election campaign.

Speaking to CBC News for this week's edition of The Investigators, Amanpour, who has reported extensively from Europe and the Middle East, suggested Trump's language is worryingly similar to that of leaders in non-democratic parts of the world, where journalists are routinely demonized, and in some cases even jailed for their work.

"They target the press and set the press up as an opposition to the government, and they do it by subtly ratcheting up the accusations against the press — so, inciting, sympathizing, associating, actually being terrorists and subversives," she says.

"And, as you know, journalists around the world are routinely locked up, put in jail, put on trial on phoney charges. So that's why that worried me very much, and I felt I had to push back on that and take a stand against that."

She made that stand Wednesday, when she was given an award by the New York-based Committee to Protect Journalists for "extraordinary and sustained achievement in the cause of press freedom."

In her acceptance speech, Amanpour said the current hostile climate for reporters in the United States, including the rise of so-called fake news, has led to an "existential crisis" for journalists, a "threat to the very relevance and usefulness of our profession."

Amanpour says journalists can't lose their nerve now, at such a critical time.

"We have to fight to defend facts right now," she told CBC News, "in what's being described as a 'post-truth' world." 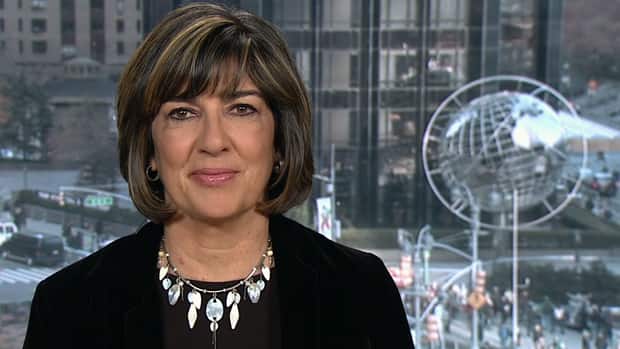 4 years agoVideo
4:09
CNN foreign correspondent talks Trump, fake news and how important it is to "defend the truth" 4:09

Also this week on The Investigators, CBC News foreign correspondent Margaret Evans, who has just returned from Syria, talks about the challenges of reporting from a war zone in the company of a government minder. And Marketplace producer Tyana Grundig talks about the show's investigation into the changing strength of marijuana.