UNICEF says there are "no longer words to describe children's suffering," after airstrikes and shelling in the eastern suburbs of Damascus, where regime forces appear to be preparing for an imminent ground assault. 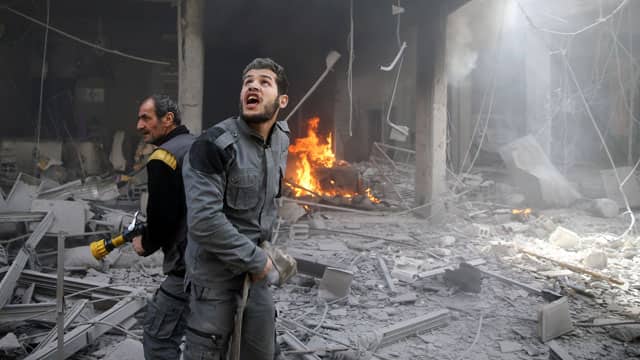 3 years agoVideo
4:07
With war still raging in Syria, the country's body count rises every day. In some Syrian neighbourhoods doctors are calling the death and destruction a massacre. Women, children and hospitals haven't been spared in the violence 4:07

The United Nations children's agency has issued a statement of protest against the reported killing of dozens of people, including several children, in the Syrian government's bombardment of rebel-held suburbs of Damascus.

UNICEF's one-page statement, released Tuesday by its regional director for the Middle East and North Africa, carries the headline: "Do those inflicting the suffering still have words to justify their barbaric acts?"

The headline is followed by blank space underneath. UNICEF said it issued this blank statement because "we no longer have the words to describe children's suffering and our outrage."

The bombardment of Syria's rebel-held eastern Ghouta area near Damascus by pro-government forces has killed 250 people in the 48 hours since Sunday night, the Syrian Observatory for Human Rights said on Tuesday. The Britain-based war monitor said this was the highest 48-hour death toll since a 2013 chemical attack on the besieged enclave, which killed hundreds.

The Observatory said 106 people had been killed by bombardment on Tuesday.

The violence in eastern Ghouta is part of a wider escalation in fighting on several fronts in Syria as President Bashar al-Assad pushes to end the seven-year rebellion against him.

Mortars fired by rebels in eastern Ghouta landed in Damascus on Tuesday, causing two deaths and several injuries, Syrian state media reported. At least one person died from rebel mortar fire in the capital on Monday.

Lebanon's al-Manar television, which is aligned with Assad's ally Hezbollah, reported on Monday that the Syrian army was sending reinforcements toward eastern Ghouta after rebel assaults.

Assad's most powerful supporter, Russia, has been following a diplomatic track at the same time as the increase in fighting, resulting in the establishment of several "de-escalation zones."

Eastern Ghouta is in one of these areas, where violence is meant to be contained, but the de-escalation agreement does not include a former al-Qaeda affiliate that has a small presence there.

Other insurgent groups in eastern Ghouta, including Islamist factions, say the Syrian government and Russia are using the jihadist presence as a pretext to continue their bombardment. 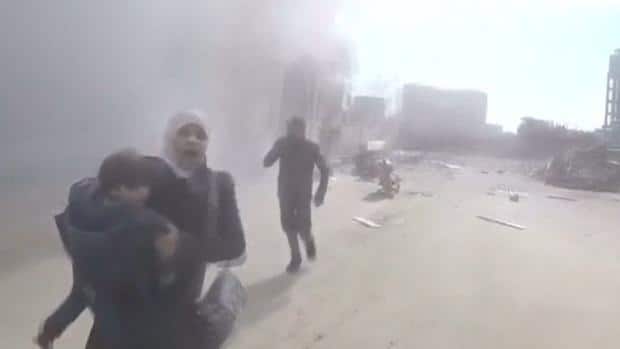 Neither the Syrian military nor Russia commented on the renewed bombardment in the region, but they have often said they do not target civilians.

The observatory said the intensified bombing was in preparation for a pro-government ground offensive against the enclave and that a rebel group there had foiled an attempt by Syria's army to advance overnight.

France said on Tuesday that the bombing of eastern Ghouta by pro-government forces amounted to a serious violation of international humanitarian law and called for a humanitarian truce.

The attacks "deliberately target inhabited areas and civilian infrastructure, including medical ones. They constitute a grave violation of international humanitarian law," the foreign ministry said in a statement.