A feminist and a devout Muslim, Berrin Sonmez knows what can happen in Turkey when piety becomes political, writes Nil Köksal. 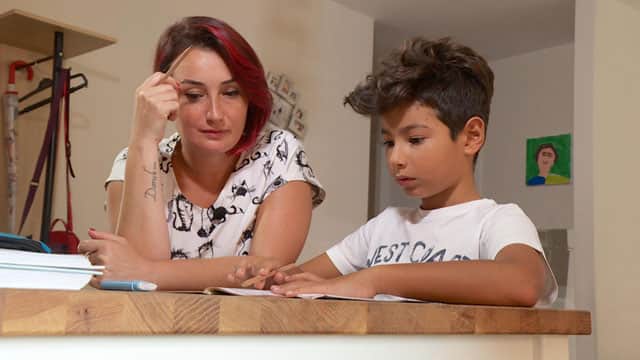 A clash of tradition and tolerance in Turkey

3 years agoVideo
10:01
Is Turkey's long tradition of separating mosque and state at risk? Nil Köksal looks at what that could mean for Turks and why the world should be watching. 10:01

It's best not to put Berrin Sonmez in a box. At 57, she is a vivid portrait of the nuances of life in Turkey — she's a practising Muslim, a feminist, an activist and a former academic.

Sonmez was a teenager in a family indicative of Turkey's secular-religious mix, but her faith deepened in high school. She said she "stopped wearing miniskirts and T-shirts" not because of any external pressure, but because it strengthened her connection to God.

But she was forced to remove her headscarf as an adult, while pursuing an academic career. At the time, secularism was taking a more intense turn in Turkey. She vowed to cover again when she retired.

Sonmez found feminism, she said, while helping a friend who was struggling with a dishonest, difficult husband.

The timeline of her evolution — and Turkey's — offers an education in the perils of denying diversity.

Most of Turkey's 80 million people identify as Muslim, but within that there are different denominations and beliefs, and different ways of practising the religion. (Turkey is also home to a small minority of Christians and Jews.)

Sonmez worries the conservative government of Recep Tayyip Erdogan — which women like her helped elect — is abusing its power, ignoring women's issues and forcing its version of Islam on a country with a diverse set of Muslim beliefs.

"It's about shaping a new Turkey," she said, referring to Erdogan's plans. But instead of fixing a fractured system, she said, instead of "changing the state, changing the bureaucracy, [Erdogan] saw that he could control them."

From its inception, Turkey and its people have been controlled from a power on high. In 1923, Mustafa Kemal Ataturk created the Republic of Turkey. After the end of nearly 800 years of Ottoman rule, the revered general made radical changes to modernize his country, and quickly.

The fez and religious garments were banned everywhere, replaced with Western clothing and hats. Turkey's language changed, too. Arabic script was out and from then on, Turkish would be written in the Roman alphabet.

Ataturk also commissioned, for the first time, a Turkish translation of the Koran. He wanted his people to fully understand their faith. But he would officially separate mosque and state.

For many, Ataturk's sharp shift to secularism in a volatile region with competing religious sects was essential, a revolutionary move that made Turkey a model for other Muslim-majority countries, said Gulsun Kaya, vice-president of Cagdas Yasam Destek Dernegi, a group that promotes Ataturk's values and secular education, awarding scholarships to Turkish children.

"Everyone could practise their faith, but secularism was at the forefront," said Kaya. "That's gone now."

But Sonmez sees flaws in that system.

"Ataturk's biggest accomplishment was winning independence for this country," she said, and she respects him for that. "But drawing the path to that independence with an extreme, top-down pressure to modernize and to make it happen quickly created some fractures."

In Quebec today, it is called religious neutrality. In Turkey, it's secularism or laicisim, a word that has French roots.

For years, and particularly in the 1980s and '90s, more openly religious Turks were marginalized in the name of preserving that secularism. There was an outright ban on headscarves in public office and in universities.

For Sonmez, that meant removing her headscarf to work at a university in the 1980s. She was eventually fired, she said, because she refused to fall in line with the politics of the time. "Our universities have never been free," she added.

President Erdogan himself was jailed, back when he was the mayor of Istanbul, after reading what some believed was a provocative religious poem in public in 1997.

As president, Erdogan promised to create a more democratic, more inclusive Turkey, and Sonmez and other women who wore their religious beliefs openly helped elect him. But after a few years in office, Erdogan made his own sharp shift.

Sonmez genuinely believed Erdogan's changes "would not be about revenge" against the secular system. But she feels Erdogan and his AK Party are now ostracizing less religious Turks, and that piety is becoming increasingly political.

She believes that growing a beard or covering one's head is being used by some Turks to ingratiate themselves to the government.

"This is our serious problem now," she said. "We've turned into a society that tries to squash anyone who falls out of step with the ideology of the ones in power."

Sonmez believes Erdogan is trying to engineer a more religious population. She and other parents are frightened, for example, by changes to Turkey's school curriculum.

This year, the education ministry announced plans to overhaul what Turkish students learn. Among the most controversial changes would be pulling the theory of evolution from the curriculum and adding the concept of jihad. In the West, the word is often associated with holy war, but that is only one of its meanings. Many Muslims believe, in its truest essence, jihad refers to a "struggle," an internal spiritual fight a believer wages on the path to becoming a better Muslim.

The number of state-funded religious schools — imam hatip schools — is also increasing. In some areas of Turkey, they are replacing public, secular schools entirely.

"It's all of the fears, all of the worries people have, realized," she said.

Ministry officials did not agree to an interview with CBC. Instead, the ministry provided a link to a September speech in Ankara by Under Secretary Yusuf Tekin to students who've won government scholarships to study abroad.

Tekin did not address curriculum concerns, but he offered an indication of the government's position on the country's direction. Tekin expressed concern about "an excessive mimicking" of Western values in the past.

"Turkey is not the old Turkey," he said. "You are the missionaries representing the world's Muslims."

Beyond that, "who said what, or how they criticized us or what they think is not really that important."

In an atmosphere that discourages dissent, many Turks are fighting back. Protests and rallies are a constant.

The next two years and the election expected in 2019 will be crucial to determining whether Turkey's diverse group of Muslims and other religions can continue to coexist.