The White House on Monday disputed adult film star Stormy Daniels' claim that she was threatened to keep quiet over her alleged affair with Donald Trump and said the president continues to deny the relationship.

'The president strongly, clearly and has consistently denied these underlying claims'

The White House on Monday disputed adult film star Stormy Daniels' claim that she was threatened to keep quiet over her alleged affair with Donald Trump and said the U.S. president continues to deny the relationship.

A lawyer for Michael Cohen, Trump's personal attorney, demanded that Daniels publicly apologize to his client for suggesting he was involved in her intimidation. Daniels responded by filing a revised federal lawsuit accusing Cohen of defamation.

Trump, who frequently takes on his foes in person and on social media, remained uncharacteristically quiet about the matter Monday. He sent a cryptic tweet saying "fake news" has "never been more voluminous or more inaccurate" but it was unclear what exactly he was referring to.

Instead, he left the denials to his White House staff. Spokesperson Raj Shah declined to say whether the president had watched Daniels' interview, but said Trump did not believe any of the claims she made. 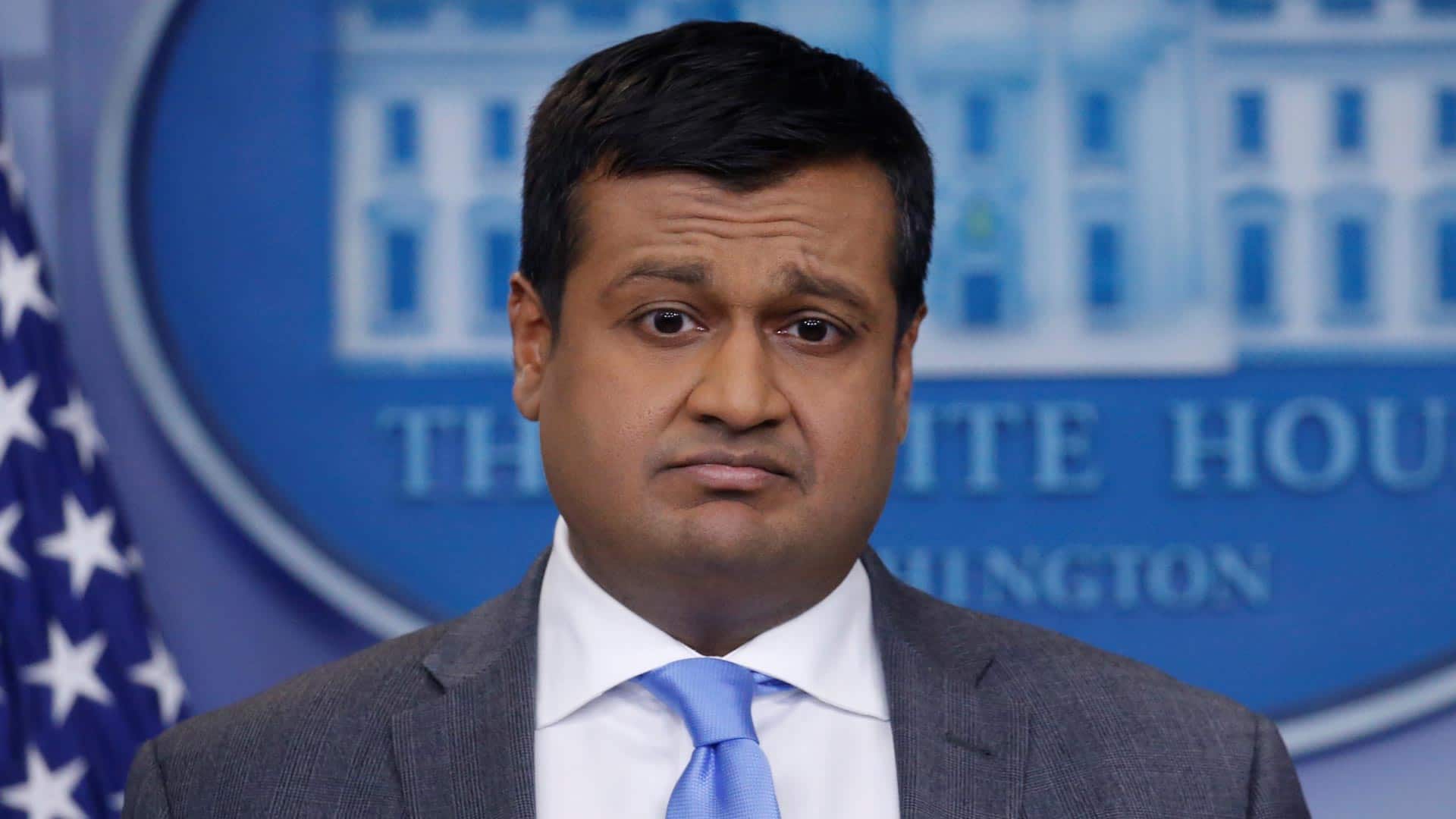 "The president strongly, clearly and has consistently denied these underlying claims, and the only person who's been inconsistent is the one making the claims," Shah said.

But Daniels was on Trump's mind this weekend in Palm Beach, Fla., where he had dinner Saturday night with Cohen at his Mar-a-Lago estate.

Mar-a-Lago member Chris Ruddy, the CEO of Newsmax, told ABC Sunday that Trump told him "much of the Stormy Daniels stuff" is a "political hoax."

Trump returned to Washington Sunday night, though his wife Melania Trump stayed behind in Florida. A spokesperson for Mrs. Trump said she is "focused on being a mom and is quite enjoying spring break at Mar-a-Lago while working on future projects."

In her interview, Daniels said she'd slept with Trump once, shortly after Mrs. Trump gave birth to the president's youngest son. She also said that a man approached her in a Las Vegas parking lot in 2011, when she was with her infant daughter, and threatened her with physical harm if she went public with her story.

In a letter late Sunday night, an attorney for Cohen demanded that Daniels publicly apologize to his client.

"In truth, Mr. Cohen had absolutely nothing whatsoever to do with any such person or incident, and does not even believe that any such person exists, or that such incident ever occurred," wrote Brent H. Blakely. He said Daniels and her lawyer, Michael Avenatti, should "cease and desist from making any further false and defamatory statements about my client."

Daniels, in the revised lawsuit she filed Monday, alleges Cohen made a false statement that damaged her reputation when he released a statement in February that intimated she was lying.

In a round of television interviews Monday morning, Avenatti said he was holding back certain details of the alleged affair, including the contents of a CD or DVD he tweeted a picture of last week, for strategic reasons. "It would make no sense for us to play our hand as to this issue and we're not going to do it right now," he said on NBC's Today show.

Previously, Cohen has said neither the Trump Organization nor the Trump campaign was a party to the transaction with Daniels and he was not reimbursed for the payment.

During Monday's briefing, Shah said neither the White House nor Trump had violated campaign finance laws that restrict political contributions.

"The White House didn't engage in any wrongdoing," Shah said of Trump's behaviour, adding that there was "nothing to corroborate" Daniels' intimidation claims.

In the interview, Daniels described a sexual encounter with Trump that began with him talking about himself and showing her an issue of a magazine with his picture on the cover.

The interview gave 60 Minutes its biggest audience in a decade, with slightly more than 22 million viewers tuning in, according to Nielsen Co. estimates.

Daniels is not the only woman accusing Trump. Former Playboy model Karen McDougal told Cooper in a CNN interview broadcast Thursday that her affair with Trump began at a bungalow at the Beverly Hills Hotel in 2006. McDougal said she ended the relationship in 2007 out of guilt concerning Trump's wife, Melania.

McDougal has filed suit in Los Angeles seeking to invalidate a confidentiality agreement with American Media Inc., the company that owns the supermarket tabloid National Enquirer. It paid her $150,000 during the 2016 presidential election.

The lawsuit alleges that McDougal was paid for the rights to her story of an affair, but the story never ran. It also alleges that Cohen was secretly involved in her discussions with American Media.