Tens of thousands who fled hurricanes in Honduras face another threat: coronavirus

Tens of thousands of Hondurans are cramming into overcrowded storm shelters, aid workers and officials say, raising concerns that the chaotic set-up will trigger a new spike in coronavirus infections. Hundreds of thousands of people across Central America have fled their homes after Hurricanes Iota and Eta wreaked havoc from southern Mexico to Panama this month. 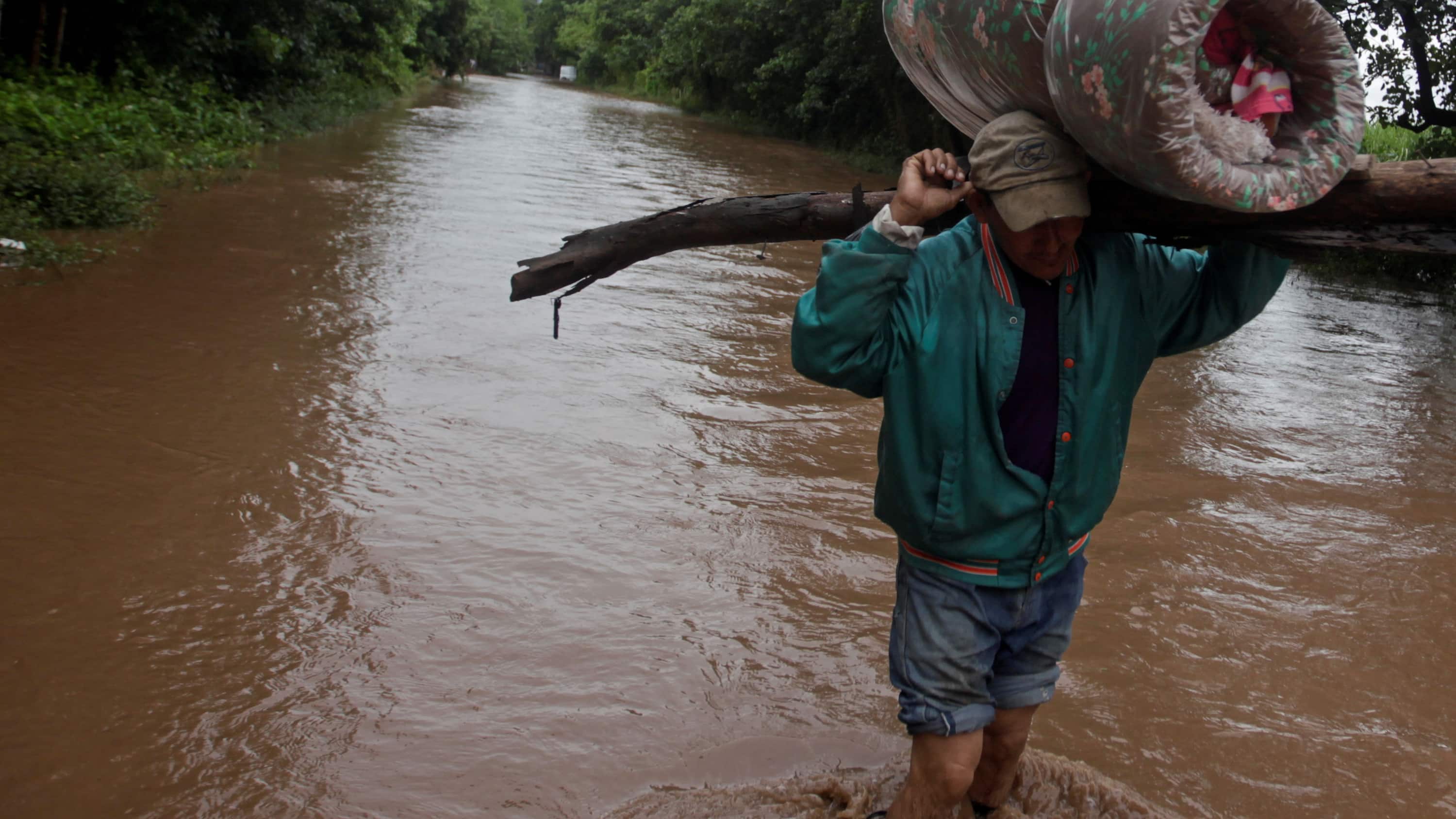 Tens of thousands of Hondurans are cramming into overcrowded storm shelters, aid workers and officials say, raising concerns that the chaotic set-up will trigger a new spike in coronavirus infections.

Hundreds of thousands of people across Central America have fled their homes after Hurricanes Iota and Eta wreaked havoc from Tabasco in southern Mexico to Panama this month.

"The most pressing health concern is coronavirus," said Matt Hackworth, a senior adviser at Lutheran World Relief, who said he had visited several shelters in the area.

A Reuters witness at one shelter saw large groups of people of all ages lying near each other on mattresses on the floor, and walking around helping each other without socially distancing. Some, but not all, wore masks.

High rate of positive tests in shelters a concern

"During evacuation, the most important thing was obviously to safeguard people's lives, but they left without masks and had a lot of contact with other people, including some people who had the disease," Cosenza told local television.

"We've had high positive rates in these shelters."

None of the people in shelters who tested positive have so far required hospitalization, but he said local hospitals are on high alert.

As of Monday, there were 55,435 people in 535 shelters across Honduras, government data showed, with the majority in the Valle de Sula where San Pedro de Sula is located.

Cortes, the region of Honduras where most shelters are located, is also the area hardest-hit by the coronavirus. It has registered 27.7 per cent of infections and 29.9 per cent of COVID-19 deaths in the country.

Overall, Honduras had registered 103,488 coronavirus infections and 2,389 deaths as of Wednesday.

"Nowhere here is adequate," said Pastor Jorge Escobar, whose church in San Pedro Sula took in several vulnerable families. "What people are looking for now is a roof over their heads, some place safe."

Escobar said people's main concern is where their next meal would come from, rather than the coronavirus.

Felipe Del Cid, an operations manager at the International Federation of Red Cross and Red Crescent Societies, said a surge in new coronavirus cases is now a real possibility.

"Even though there are guidelines as to how many people can be in one space … given the sheer scale of the emergency it's very difficult for the population and these institutions to follow them."

Inside a church's hastily rearranged community area, pictures sent by the pastor to Reuters showed families had draped blankets over benches to sleep, with little distance between one another.

A toddler in a diaper was playing on the small mattress he shared with his mother and older sister. They were unable to take anything other than the clothes they were wearing when flood waters inundated their home.

Elsewhere, a large space once used for church services was completely flooded. It had been converted into an emergency shelter after the first hurricane struck — only to get flooded days later by the second one.

Above a podium, with parts of the slogan torn down, large white letters still read: "2020, the year of faith."