'All of a sudden, it's full in here': Press packs U.S. State Department's 1st briefing in 6 weeks

It took 47 days for the new Trump administration to convene its first U.S. State Department daily briefing. Judging by the media response it unleashed, it was well past due.

Reporters who usually occupy third-row seats jockeyed for spots in the seventh. A State Department official chided people for standing in the aisles. One late arrival with Breitbart nabbed a chair left unattended by an NPR journalist, disregarding the jacket he'd draped over it.

"Six weeks without a briefing. All of a sudden, it's full in here," a camera operator muttered.

It took 47 days for the new Trump administration to convene its first U.S. State Department daily briefing. Judging by the media response it unleashed on Tuesday, it was well past due.

The State Department press corps walked into an unusually packed Carl T. Rowan Briefing Room amid a swirl of geopolitical concerns but few answers from the new tight-lipped secretary of state, Rex Tillerson, who did not attend Tuesday's news conference.

Even so, it was the first time some reporters had seen a capacity crowd there as they waited for acting department spokesperson Mark Toner to take the lectern with his binder of briefing notes.

A correspondent with the Russian news agency Sputnik watched from the back as the room filled.

"Guess I'm not getting any questions in today," he quipped.

No shortage of pressing issues

This, apparently, is what happens when the new secretary of state leaves the press corps in the dark. A month into his new post, America's top diplomat is still without a fully staffed team or a deputy. But his silence on key foreign-policy matters has been a source of hand-wringing as his department flails in choppy diplomatic waters.

North Korea has been test-firing missiles not far from U.S. bases in Japan. The conflict in Syria remains a conundrum. And President Donald Trump's freelance musings about befriending Russia and withdrawing the U.S. from NATO have clashed with his cabinet picks.

"And if you don't know what your foreign policy is, it's hard to talk about."

Looking to 'take their cues'

The opening question at Tuesday's briefing included a preamble from The Associated Press's Matt Lee reminding Toner of the importance of the State Department updates.

"Foreign publics, the American people and the men and women who work here and in embassies abroad, they all look to this briefing," said Lee, the unofficial dean of the State Department's press corps. "They take their cues from it."

The weekday rundowns have long served as a regular forum through which the world can view how U.S. policy potentially affects every square inch of territory on the planet, adds Crowley, now a professor at George Washington University who served as the assistant secretary of state for public affairs between 2009-2011.

They are by their nature "almost all geopolitics and substance," he says.

Toner capably answered questions on geopolitics on Tuesday. He reiterated the Trump administration's commitment to the one China policy, explained the updated travel ban as it pertains to Iranians, clarified Trump's position on the expansion of Jewish settlements, and defended the U.S.'s controversial Terminal High-Altitude Area Defence system in South Korea. 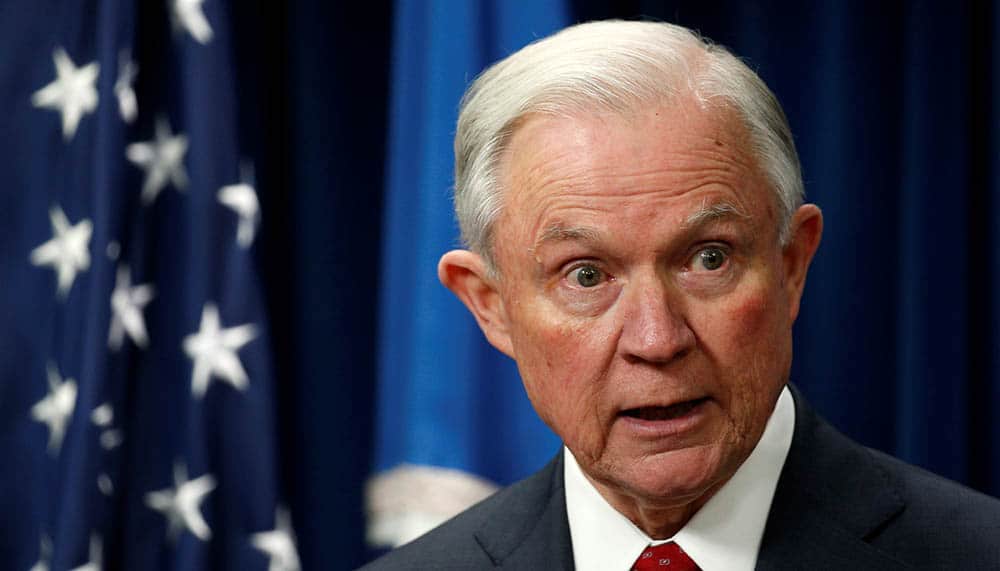 4 years agoVideo
0:50
Attorney General Jeff Sessions says the president has the legal authority to protect the U.S. with his executive order 0:50

Toner was also grilled on politics at home.

Secretary of Defense James Mattis, for one, recognizes the value of a well-funded State Department and the role soft power plays in winning or avoiding armed conflict. "If you don't fully fund the State Department, then I need to buy more ammunition," Mattis has said.

But Tillerson's department faces a dramatic 37 per cent slash in its budget, including to foreign aid, as part of the administration's proposal to bleed out some agencies and pump $54 billion more into military spending.

Has the State Department been shunted aside?

NBC News correspondent Andrea Mitchell, who last week was escorted out of a room while trying to buttonhole a silent Tillerson as he met with his Ukrainian counterpart, asked Toner if Tillerson would fight for his workforce in the face of looming cuts.

"The short answer is the budget process is still, as you well know, is still in the early days," Toner answered. He gave a nervous laugh.

She pressed him on Tillerson's relative "silence" on foreign-policy matters. Toner acknowledged the press corps has exhibited a lot of patience "as this new administration gets its sea legs underneath it."

Asked about the many unfilled roles within the State Department, Toner said transitions are tough.

"Take a deep breath. Because this is always an ongoing process and we're … trying to fill [positions] as quickly as possible."

Crowley allows that Tillerson, a former oil executive, may still be adjusting to political life, and all the media responsibilities that go along with it.

"As chairman of Exxon Mobil you could frequently travel under the radar, that's very hard to do when you are the secretary of state."

Leaving on a jet plane (without press)

Critics are looking for small gestures to show good faith. They point out that unlike his predecessors, Tillerson didn't personally unveil the State Department's annual human rights report this week. As a PR move, announcing the report is considered low-hanging fruit, allowing the secretary to trumpet the department's commitment to human rights.

That break from tradition prompted Tom Malinowski, assistant secretary for human rights under the Obama administration, to comment that Tillerson was "MIA."

Tuesday's briefing may have been the first for the new administration, but it's clear that until Tillerson stops ducking media questions, the press corps won't stop chasing him for answers.

After the cameras were packed up Tuesday and Toner convened a small scrum at the podium, reporters questioned him about why a government jet Tillerson was taking for an upcoming Asia tour wouldn't accommodate accredited media.

Someone noted that it's impossible to book a commercial flight between three cities listed on Tillerson's itinerary.

"If we manage to get there," another reporter persisted, "will he hold a press conference?" 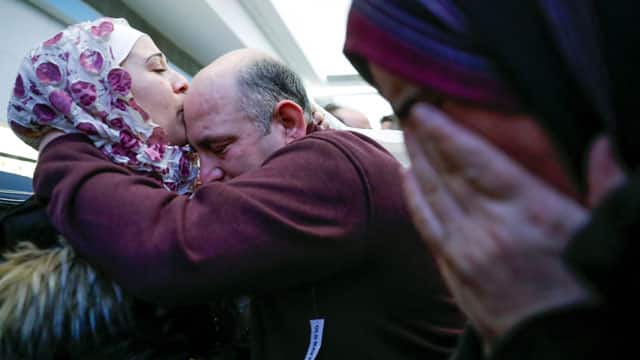