Former Stanford University swimmer Brock Turner was released after serving three months for sexually assaulting an unconscious woman near a fraternity party, a sentence that ignited fierce debate over the way California defines and punishes rape.

Brief sentence sparked outrage, but calls for reform are mired in complications

Former Stanford University swimmer Brock Turner was released on Friday after serving three months for sexually assaulting an unconscious woman near a fraternity party, a sentence that has ignited fierce debate over the way California defines and punishes rape.

Turner didn't speak to reporters as he walked out of the Santa Clara County Jail shortly after 6 a.m. local time, into a waiting car. 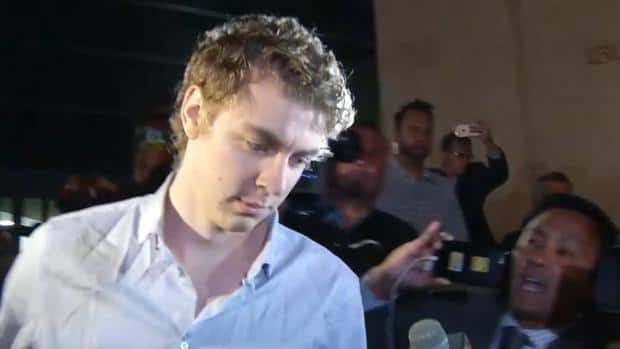 But the proposed new laws, now on the desk of Democratic Gov. Jerry Brown, come as Democrats and Republicans alike are trying to move the criminal justice system away from mandatory sentencing laws and other get-tough measures that have contributed to crowded prisons and the over-incarceration of poor and minority defendants.

"When we broaden those criminal definitions, it can broaden the swath of persons that can be criminalized," said Emily Austin, director of advocacy for the California Coalition Against Sexual Assault, which declined to take a position on the bills. "And how that works out in the justice system can vary based on your race and class."

The Turner case has become the focal point of growing international outrage over campus rape. Many advocates say laws in California and elsewhere offer outdated definitions of rape that are too lenient on perpetrators if they or their victims have been drinking.

Crafting a solution has proven thorny.

The criticism of Santa Clara County Superior Court Judge Aaron Persky's sentence in the Turner case has been fierce, generating more than a million signatures on an online petition calling for his ouster and prompting a recall campaign. Since the sentencing, the judge, who declined to comment for this story, has recused himself from a sexual assault case and asked to hear only civil cases.

The recall campaign and legislative responses have come under fire from many public defenders, who represent defendants unable to afford legal fees, and some judges, who say they limit judges' discretion when handling cases.

'If you have a bright future ahead of you, you have a get-out-of-jail-free card for rape'

In the legislature, several lawmakers who support rolling back mandatory sentencing sat out votes on the two bills. Brown, who has not said whether he will sign them, is backing a ballot initiative to ease mandatory sentences.

Assembly member Cristina Garcia, whose bill expanding the definition of rape is among those on Brown's desk, nonetheless cast a dissenting vote on the mandatory sentencing bill.

"We should not perpetuate practices that put an undue burden on minorities and economically disadvantaged communities like minimum mandatory sentences," Garcia said.

A backer of the Persky recall campaign, the feminist group Ultraviolet, also opposed it.

The Turner case initially shot to prominence last year because the defendant was a rising student athlete at Stanford. Turner, then 19, was arrested after two students saw him outside of a fraternity house on top of an unconscious woman.

He was charged with sexual assault instead of rape because although he digitally penetrated the woman, he did not have intercourse with her, and California law does not define that as rape.

A letter written by the victim, who remains anonymous, went viral with a moving explanation of her ordeal.

In June, Persky sentenced Turner to six months in a county jail and three years probation, sparking outrage that intensified after prosecutors released a letter written by Turner's father calling the assault "20 minutes of action."

Turner was released on Friday after serving three months under rules giving time off for factors including good behaviour.

Stanford law professor Michele Dauber, who started the campaign to recall the judge, said while she generally opposes mandatory sentencing, she believes Persky abused the discretion that the law allowed him.

"Judge Persky's ruling was unjustifiable and morally wrong, however, under current state law it was within his discretion," Low said.