A prosecutor says a body was found on a South Carolina property where a woman was chained and held captive for weeks.

Woman said she saw her captor shoot and kill her boyfriend, prosecutor says 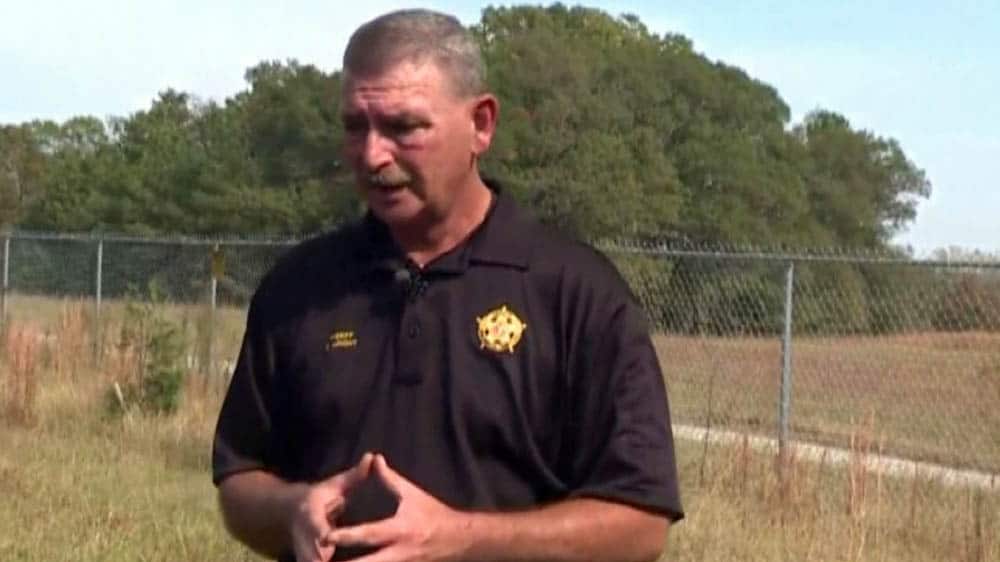 'It's only by God's grace she's alive': Police

A prosecutor in the South Carolina city of Spartanburg says a body was found on a property where a woman was chained and held captive for weeks.

Barry Barnette was speaking Friday at a court hearing for Todd Christopher Kohlhepp, 45, who has been charged with kidnapping in connection with the disappearance of the woman, who went missing several weeks ago with her boyfriend, 32-year-old Charles Carver.

The woman, who has not been named, was found Thursday after police, acting on a tip, searched a property in Woodruff, S.C., about 130 kilometres northwest of the state capital, Columbia.

Spartanburg County Sheriff Chuck Wright said the woman was found "chained up like a dog" inside a container measuring about 30 feet by 15 feet on the property after officers heard her banging on the container walls.

The woman told police that she saw Kohlhepp shoot and kill her boyfriend. "She told us this individual did kill him in her presence," Barnette said.

Police, with the help of sniffer dogs, began excavating the property and found a body, which, according to Barnette, has not been identified.

Barnette indicated Friday that more charges would be announced.

Wright said the woman told investigators there could be as many as four bodies on the property.

Kohlhepp, a registered sex offender, was convicted of a 1986 kidnapping in Arizona that landed him on the sex offender registry.

South Carolina's sex offender registry lists the Arizona offence as the reason Kohlhepp is in the database of sex offenders. It indicates he was a juvenile offender, convicted in 1987 when he was a teenager.

Matching online prison records from Arizona show that Kohlhepp served about 14 years for the felony and was released in 2001.

The Arizona records show the kidnapping happened in November 1986 in the Phoenix area.

The records don't elaborate on the crime, but do list some violations while in prison.

The records say he destroyed property and fought on a number of occasions while incarcerated in 1991 and 1988.

With files by CBC News