I last saw Shimon Peres, who has died at age 93, a few months ago in Toronto. The former Israeli president and prime minister was nearing the end of his 92nd year, but he was still travelling, still raising awareness for Israel and still seeing friends.

I'd covered him, reported on him, and interviewed him many times over the years, and on what would turn out to be one of his last nights in Canada I had the chance to have dinner with him. My son, Will, then 16, came along — he's been lucky enough to be with me to meet prime ministers and premiers, hockey stars and movie stars, but I told him this was going to be different and far more important. It was a chance to meet a former Nobel Peace Prize winner, one of the world's great statesmen.

There were about a dozen people at what was a private, somewhat intimate dinner. While his body seemed fragile, his mind was as sharp as ever, and he enjoyed the back and forth of a lively discussion about international affairs.

As the evening came to a close, the man who'd served with every Israeli leader since David Ben-Gurion turned to Will and said something like: "Have you got a question for me young man?" 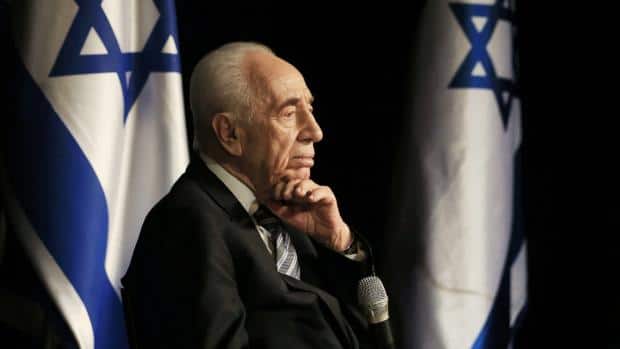 Shimon Peres: 'Unilateralism is a compromise.'

Will didn't hesitate, responding along the lines of: "What's the future for my generation? Will we, whether we live in Canada or Israel or Iran or anywhere in between, will we ever see real peace?"

The man who'd stared down Yasser Arafat and so many others looked across the table at my son and answered, as best as I can remember, this way:

"Your generation has the best chance of all the others before you to change history and here's why. All the stories we heard as children were handed down to us by elders who had seen and experienced nothing but conflict. That affected our sense of who we thought was right or wrong. But you can talk directly with people your age all over the world and understand much better than we could, that we all have common hopes and dreams and goals. Social media and the Internet has allowed that. You can talk to kids in Iran. They can talk to kids in Israel. And on and on. You don't have to be shaped by the history of the generations that came before you. You can shape the future yourselves, together."

After a couple of hours of discussion it was that little moment that gave us all a lift, and it was a remarkable man who gave it to us.

Peres wasn't perfect. He was a controversial figure in his own country and at times on the international scene too. But now he is quite rightly being revered both in Israel and in many parts of the world for his many achievements.

A few years ago I had the chance to visit his private office in Tel Aviv. It was during one of those few occasions in his life when he was not holding public office. He gave me a tour along the bookshelves that surrounded the room. On every shelf there were framed pictures that captured an unforgettable journey through time: Peres with Ben-Gurion, followed by dozens of others with world figures of the past seven or eight decades — popes, presidents, premiers and so many more.

It was special to see those pictures, doubly so hearing the stories that went along with each, told by the man who had shared every one of those historic moments in time.

Israel won't be quite the same without him. 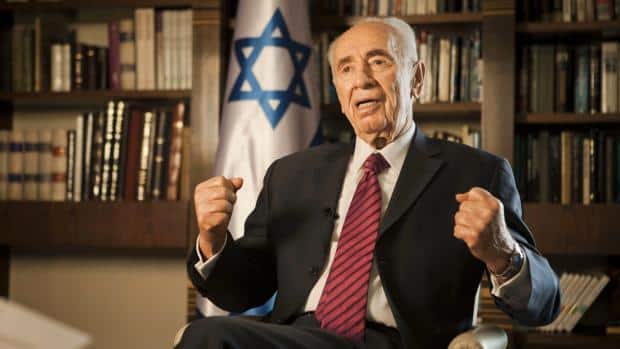 Shimon Peres: 'You cannot choose your parents and your neighbours.'