The sheriff's deputy assigned to guard the Florida high school that was the scene of a mass shooting never entered the building to confront the suspect because he believed the gunfire was coming from outside, his attorney said Monday.

The sheriff's deputy assigned to guard the Florida high school that was the scene of a mass shooting never entered the building to confront the suspect because he believed the gunfire was coming from outside, his attorney said Monday.

Scot Peterson has been called a coward and worse for failing to stop the massacre that killed 17 people at Marjory Stoneman Douglas High School.

Peterson's attorney issued his first public statement about the attack, saying it was "patently untrue" that the deputy failed to meet sheriff's department standards or acted with cowardice at the scene of the Feb. 14 attack. He resigned after Broward County Sheriff Scott Israel said he felt sick to his stomach over his deputy's failure to intervene.

"Let there be no mistake, Mr. Peterson wishes that he could have prevented the untimely passing of the 17 victims on that day, and his heart goes out to the families of the victims in their time of need," attorney Joseph DiRuzzo said in the statement.

The sheriff's account of Peterson's actions that day was a "gross oversimplification" of the events, the attorney said.

Politicians and other officials have been withering in their criticism.

President Donald Trump blamed not only Peterson, but other officers who did not stop the attack, saying Monday that they "weren't exactly Medal of Honour winners." 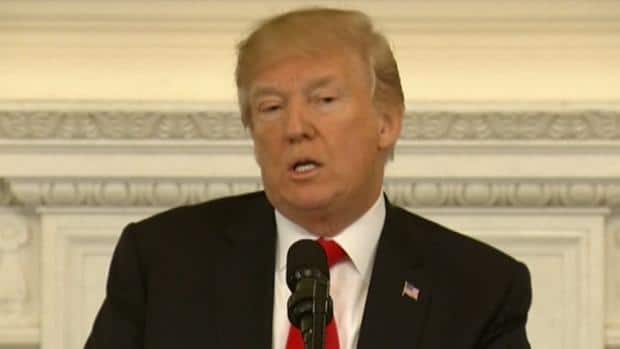 Speaking to a group of governors at the White House, Trump said: "I really believe I'd run in there even if I didn't have a weapon, and I think most of the people in this room would have done that too."

Peterson's statement said he and a security specialist ran to the scene at first word of the shooting, a report that mistakenly said firecrackers were being set off near one building. He then heard gunshots "but believed that those gunshots were originating from outside of the buildings."​

Following his training to seek cover and assess the situation in the event of outdoor gunfire, he "took up a tactical position" between two nearby buildings while alerting dispatch that he heard gunfire and initiating a "code red" lockdown of the campus, the statement said.

"Radio transmissions indicated that there was a gunshot victim in the area of the football field," the statement said, adding to his belief that the shooting was outside.

Florida Gov. Rick Scott's office has asked the Florida Department of Law Enforcement to investigate the police response, and the agency confirmed it would begin the probe immediately.

Meanwhile, former Miami Beach Mayor Philip Levine, now a Democratic candidate for governor, led a rally of more than 1,000 people on the Capitol steps in Tallahassee, calling for a ban on assault rifles and criticizing the National Rifle Association for advocating to arm teachers.

"We know that is dumb, dumb, dumb!" Levine said to cheers and applause despite the heavy rain.

Bused in from around the state, protesters wore orange T-shirts saying #GunReformNow. One held a sign with an image from the movie The Sixth Sense, with the words "I SEE DEAD PEOPLE ... THANKS TO THE GOP AND NRA." Another said, "Hey Lawmakers! Take the Pledge. No NRA Money."

Elsewhere, a wounded student who has undergone three surgeries and still has bullet fragments in her body thanked the doctors and first responders for helping her make what she says will be a full recovery.

Maddy Wilford, 17, said at a hospital news conference that it's times "like these when I know that we need to stick together."

Rescuers thought Wilford was dead when they first found her inside the school. She was pale and unresponsive, bleeding heavily from bullet wounds to her chest, abdomen and arm. A fire-rescue lieutenant was under orders to take her to a hospital 48 kilometres away but made what doctors called a life-saving decision to bring her instead to a hospital less than 16 kilometres away that had practised an active shooter drill months earlier.

On Sunday, thousands of students, many with their parents, entered the campus for the first time since the shooting, gathering backpacks and other belongings they abandoned as they fled. The three-story building in which Nikolas Cruz allegedly fired his AR-15 assault weapon before melting into the crowds of fleeing students is now cordoned off by a fence and covered with banners from other schools showing their solidarity.