Russian police have announced a preliminary probe into the circumstances of the sudden illness of opposition leader Alexei Navalny, who is in a coma in a German hospital following a suspected poisoning last week.

Russian prosecutors said on Thursday they saw no need for a criminal investigation into the sudden illness of Kremlin critic Alexei Navalny, whom his supporters suspect was poisoned, and that they had found no sign that any crime had been committed.

The Interior Ministry said it had started a preliminary investigation into the case, but this was routine.

According to a statement released Thursday by a branch of Russia's Interior Ministry, investigators in Siberia have been working on "establishing all the circumstances of the incident," conducting forensic studies and collecting items "that may have probative value."

Navalny, an opposition politician and corruption investigator who is one of President Vladimir Putin's fiercest critics, fell ill on a flight back to Moscow from Siberia last Thursday and was taken to a hospital in the Siberian city of Omsk after the plane made an emergency landing.

Over the weekend, he was transferred to the Charité hospital in Berlin, where doctors found indications of "cholinesterase inhibitors" in his system. The hospital in the German capital hasn't yet identified a specific substance.

Found in some drugs, pesticides and chemical nerve agents, cholinesterase inhibitors act by blocking the breakdown of a key chemical in the body, acetycholine, which transmits signals between nerve cells.

Navalny's allies insist he was deliberately poisoned and say the Kremlin was behind it, accusations that officials denounced as "empty noise."

Navalny's team submitted a request last week to Russia's Investigative Committee, demanding authorities launch a criminal probe on charges of an attempt on the life of a public figure, but officials appeared reluctant to start an investigation.

Kremlin spokesperson Dmitry Peskov said Monday he saw no grounds for a criminal case until the cause of the politician's condition was fully established.

On Thursday, the Russian Prosecutor General's office also said there was no indication a crime had been committed against Navalny.

In a statement, the office said it saw no basis to open a criminal investigation.

German authorities have agreed to co-operate with Russia on the case, the Prosecutor General's office said, asking Germany to share information about his treatment and promising to give some information back in exchange.

The transportation unit of the Siberian branch of the Interior Ministry said it was carrying out the preliminary probe — an inquiry to determine whether a criminal investigation should be launched — after Nalavny's flight made an emergency landing in the city of Omsk. 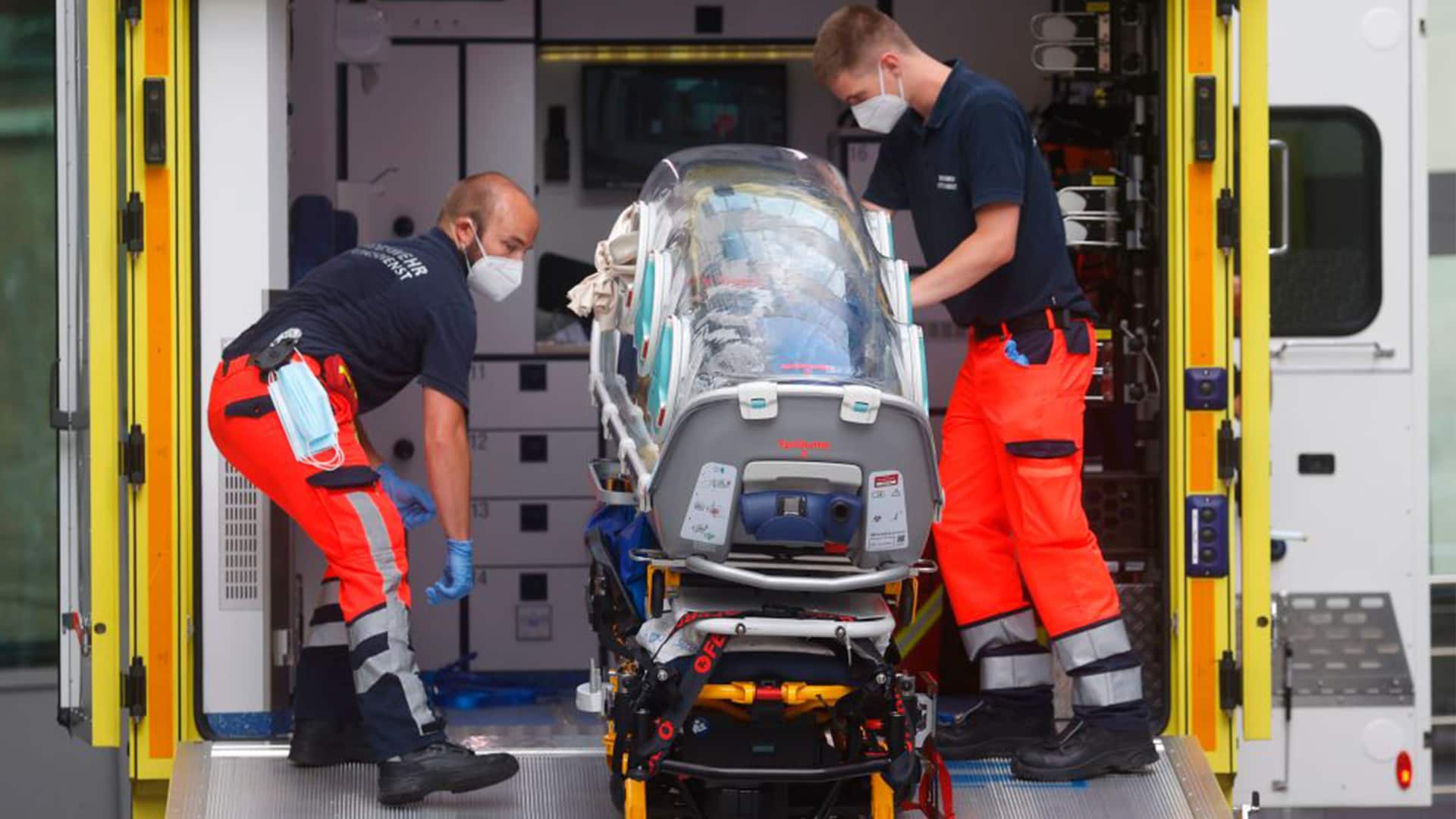 2 months ago
2:07
The politician and corruption investigator, one of Russian President Vladimir Putin's fiercest critics, was flown on Saturday from Siberia to Berlin for treatment by specialists at the German capital's main hospital. 2:07

It said it had inspected the hotel room where Navalny had been staying in Tomsk and the routes he had taken in the city, as well as analyzed video surveillance footage from the area.

It added that it had not found any drugs or other potent substances.

The announcement about the inquiry comes after multiple Western and European officials — including German Chancellor Angela Merkel, U.K. Prime Minister Boris Johnson and U.S. Secretary of State Mike Pompeo — called upon Russia to start a full and transparent investigation into Navalny's condition.

On Wednesday night, the politician's illness was discussed in a phone conversation between Putin and Italian Prime Minister Giuseppe Conte.

According to the Kremlin's readout of the call, Putin pointed out that "premature and unfounded accusations" were unacceptable and underscored Russia's "interest in a thorough and objective investigation of all the circumstances of the incident."

"We still expect of Moscow that a contribution be made from there to things being cleared up," Maas said in Berlin ahead of a meeting with counterparts from other European Union countries.

Peskov on Thursday refused to comment on Maas's statement and reiterated that there were no grounds for a criminal investigation.

"Nothing has changed in that regard. We still, unfortunately, don't understand what caused the condition the patient is in," Peskov told reporters.

He added that the inquiry announced by the Interior Ministry had started "in the first days" after Navalny fell ill and is routine police work "always carried out in cases like this."

Navalny ally Ivan Zhdanov said that the probe should have been launched Aug. 20, right after the politician's team submitted a request.

"Open a criminal case," Zhdanov said in a tweet Thursday.