The Russian ruble is following the price of oil down as the government cuts the budget to reflect sharply declining oil revenues. Workers' protests are also growing as wages are cut back or not paid, the CBC's Susan Ormiston writes from Moscow. 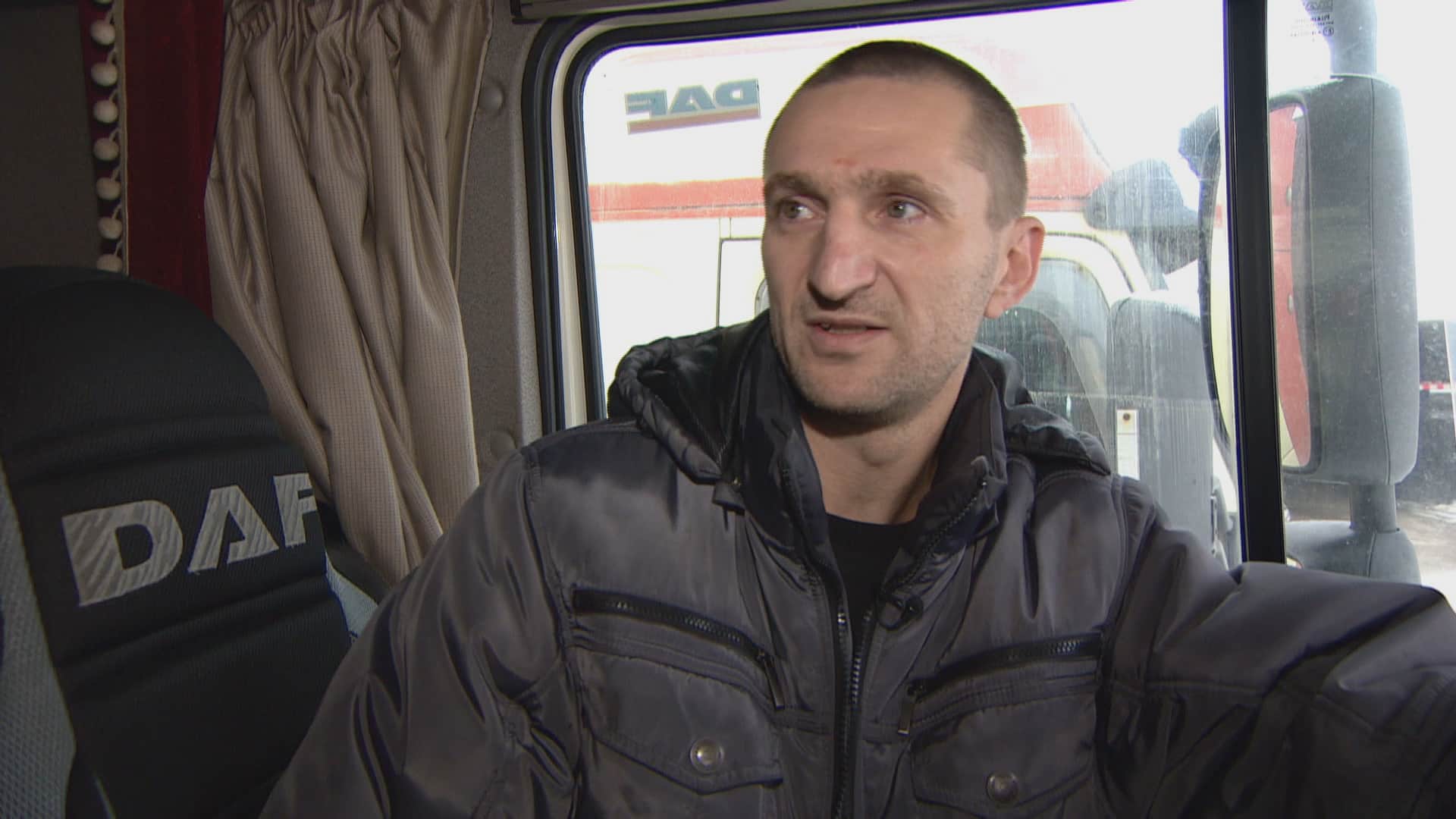 5 years ago
2:30
Russia's economic crisis is so dire and costing citizens so much that it's starting to trigger social unrest. 2:30

A dazzling display of festival lights makes Moscow look magical, brightening up the dark winter night. But the image of a bright, confident 2016 is a mirage.

"To tell you the truth, we are really worried for our country," says Anya Zhurova, passing by and lured in by the light show.

"We feel sick for our country and we hope our president [Vladimir Putin] can sort out all the plans he's made, but it's a difficult period."

Like a heavyweight boxer, the battered Russian ruble will try to struggle back off the mat this week after a dazing blow in the last few days.

Russia's currency plunged to near record lows against the U.S. dollar in a downward plunge unlike any seen since the 1980s. 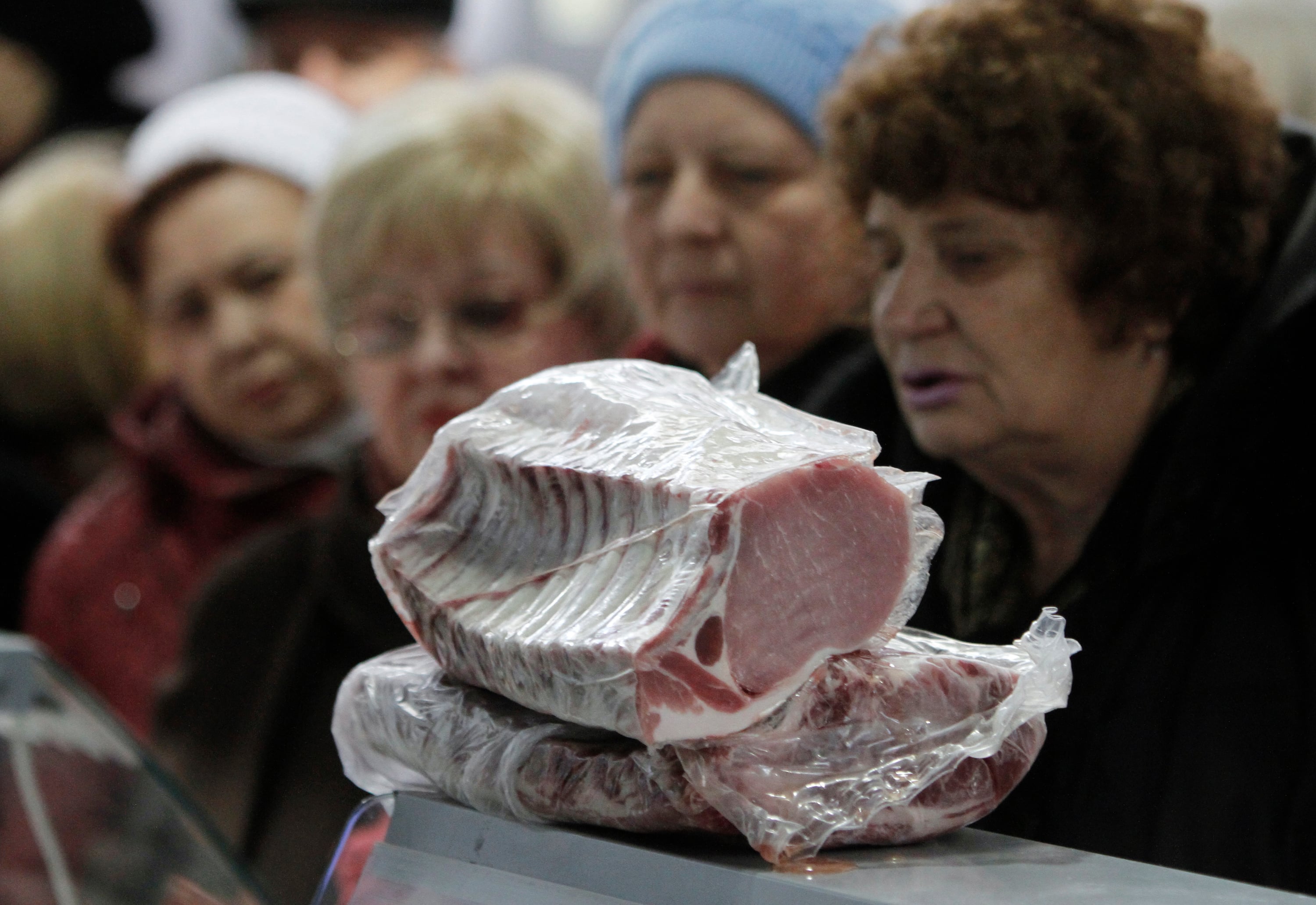 "It's very worrying, our ruble has devalued so much," says Svetlana Lebedevo, for a moment distracted from admiring the festival of lights in central Moscow. "Things are pretty bad but we do hope they will get better."

Sanctions, which have dried up Russia's ability to borrow on international markets, and the plunging price of crude oil have forced the ruble down a further 12 per cent since the New Year. The beleaguered currency has lost more than half its value in the last 18 months.

The Russian government, which depends on oil revenues for at least 50 per cent of its budget, drew up a 2016 budget based on oil at $50 US per barrel. But at levels of $20 to $30, Russia will have to make cuts — 10 per cent this year and a projected 10 per cent next year if oil does not recover.

If it weren't for significant reserves, accumulated when Russia's oil handsomely padded government coffers, the country's fiscal picture would be worse.

"Imagine if the budget of your country would be reduced by 20 per cent, it's very painful," says Oleg Vyugin, a former deputy minister of finance and now chairman of Russia's MDM bank.

"The economic situation today is very complicated and to some extent we can name the situation as a crisis."

The economic situation today is very complicated and to some extent we can name the situation as a crisis.- Oleg Vyugin, chairman of MDM bank

Vyugin says 2015 was tough, but there was still a sense of optimism that the dire economic state was temporary, that oil would recover, along with the ruble.

Today, that's fundamentally changed as the government is forced to raise taxes and make deep cuts.

"Now people understand this very well, it's time to actually adjust. [There's] no hope it's some kind of miracle and we will be back to 2014 position."

Russians may understand, but they're not happy. Last year saw a record number of protests — 409 — with more than half of them because workers hadn't been paid, according to the Centre of Social and Labour Rights.

In Khanty Mansiysk, Siberia's rich oil capital, about 50 workers for a Lukoil contractor say they haven't received wages since September.

Pensioners in Krasnodar have protested as their free transport passes were cut. In other regions, health and education workers have demonstrated against budget cuts.

"I think it's a major political threat. The situation will be be growing; there will be growing protests, social unrest and social protest." says Vyugin.

In a shopping mall parking lot outside Moscow, a group of long-distance truckers is a sign of the times.

They've parked their rigs and dug in, refusing to pay a new road tax imposed late last year. They say the tax, more than two cents per kilometre, will severely cut into their incomes. A long haul return trip between Novosibirsk and Moscow would cost a driver nearly $180 in new taxes.

And they're angry that a new tracking payment system, Platon, is controlled by a close associate of Putin.

In early December, truckers threatened to run rotating protests to block traffic in Moscow, but about a dozen were stopped by authorities near the Ikea mall in Khimki, just outside Moscow, and they haven't moved since.

"Until they came up with this tax, I supported the president. I thought he did a lot for our country," says Mikhail Kurbatov as he climbs into the cab of his truck.

A generator helps heat his tiny living space behind the wheel. He sleeps in a bunk tucked above the driver's seat.

I voted for [Putin] at every election, but my opinion is very different now.- Mikhail Kurbatov, truck driver

"I voted for [Putin] at every election, but my opinion is very different now. He isn't listening to us, he doesn't understand us."

Eleven rigs in a snowy row, some flying the Russian flag, are partially hemmed in by huge banks of snow. A forlorn Christmas tree tilts in front of one of the trucks. The drivers eat, sleep and plot here. Kurbatov has a laptop with Wi-Fi rigged up in his cab, where he updates the truckers' blog.

A separate container houses a rudimentary kitchen and dining area, with a hotplate serving as the stove. The drivers, some from 500 kilometres away, have camped out in the shadow of the mall for seven weeks.

"I'm at that age that I'm thinking about the future of my children," says Yevgeny Staritsin, warming himself over a cup of tea.

"I don't see their future and I don't see mine. That's why I'm here, so that things get better."

Their protest attracts volunteer supporters who bring bags of groceries from the nearby supermarket.

The truckers claim lots of support in the regions, but few are willing to stop driving for months.

'The country is collapsing'

It's been rare in recent years to witness an extended protest in Russia, and criticism of Putin has been squelched in many quarters. By law, demonstrations of more than one must be sanctioned by the state or participants risk arrest. But Russia's economics are changing people's resolve.

"The country is collapsing under Putin," says Sergei Kazhimakin.

"Just look at the geography. He is fighting with everyone. Fighting with North America, no friendship with Australia, Japan, too, with China a very difficult relationship, with Turkey practically a war.

"No friendship with Europe, we have no friends anymore, this is what has happened because of our beloved Putin, our president," says Kazhimakin.

'We have absolutely no hope for the coming year. We'll be lucky if we still have our trousers.'- Alexei Rozhkov, truck driver

The road tax hasn't budged and will actually increase come March. But the government did reduce penalties for non-payment. Other than that gain, the truckers can't boast of success.

"We have absolutely no hope for the coming year. We'll be lucky if we still have our trousers," says Alexei Rozhkov bitterly.

"If this economic situation doesn't change, we will be in some kind of survival mode because we'll have no work anymore."