Rising up the hills from Rio’s brilliant beaches, the favelas look down on many Olympic venues. But to listen to many residents, the games may as well be in another state.

'They separate the favela from the city. But the favela is also the city,' community leader says 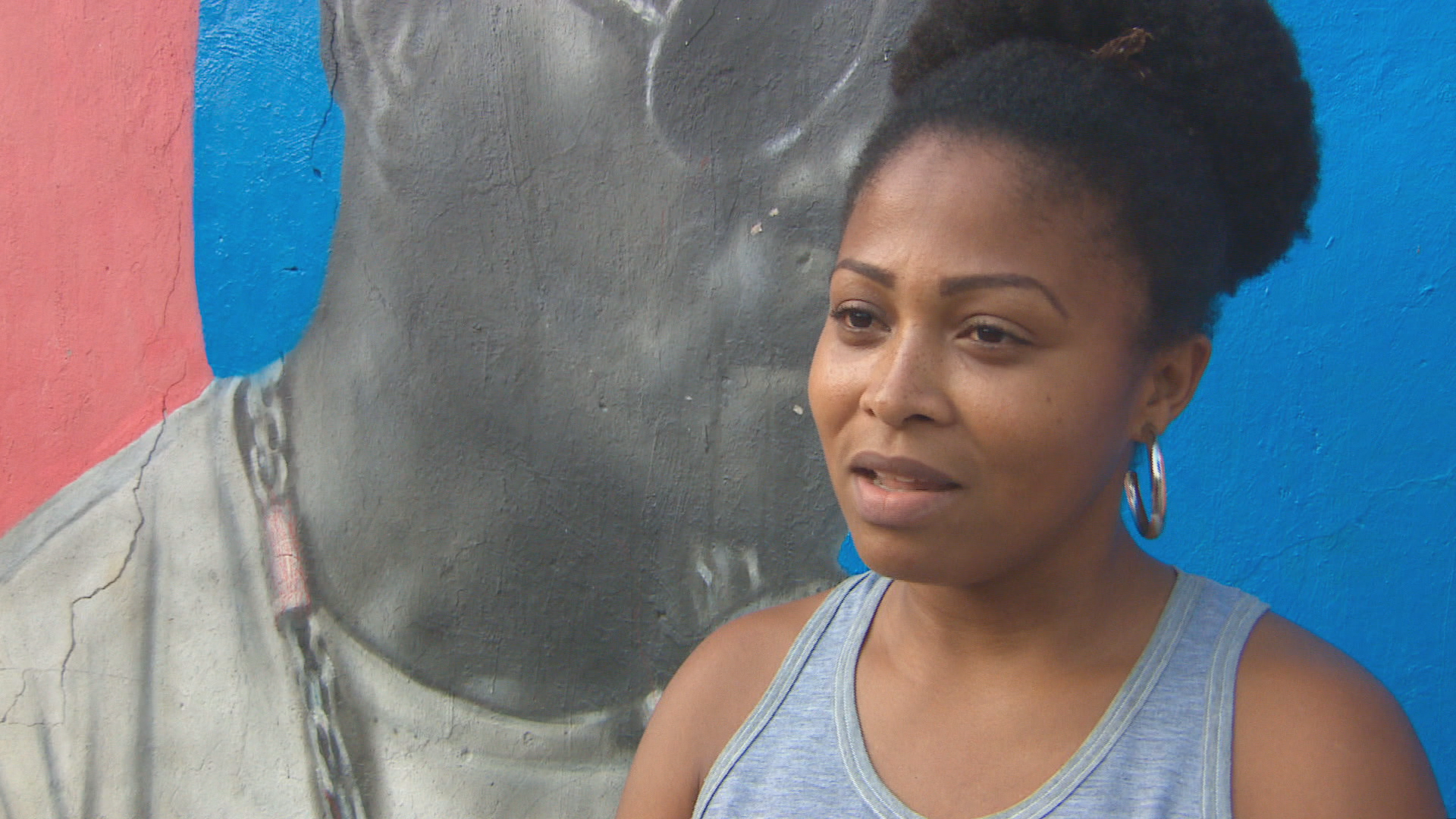 No Olympic buzz in Rio's favelas

6 years ago
Duration 2:59
There's a side to Rio de Janeiro that Olympic organizers don't want you to see. Susan Ormiston takes us through the street's of Rio's favelas.

Carla Siccos, 34, is raising her teenage son in Cidade de Deus, or City of God — a sprawling Rio de Janeiro favela made famous in a 2003 movie about drug violence.

"Benefits? What benefits?" she asks, referring to any Olympic legacy. "When it comes to benefits, I haven't seen any."

"Some tickets were granted to us for test events, just a few, other than that they've ignored us. So people feel isolated, one more time they've been cast aside."

Rising up the hills from Rio's brilliant beaches, the favelas look down on many Olympic venues. But to listen to many residents, the games may as well be in another state.

"One of those venues built in Barra da Tijuca [Olympic Park] could have been built here, we have the space," Siccos says.

"Do you think the people of our community will ever have the chance to make use of those things built in Barra da Tijuca?"

But the architects of Rio's Olympics would never have built in City of God, a favela controlled by drug traffickers, where shootings are a familiar soundtrack.

Violence in Rio's favelas has ratcheted up this year, with a reported 756 shootings and 50 deaths in the month just before the Olympics. Unemployment is rising and a so-called police pacification program is falling apart.

But in the pitch to lure the Olympics to Rio, organizers made some lofty predictions: Olympic development would help those at the lower end of the scale, improve sanitation and clean up pollution.

Teresa Williamson, who runs Catalytic Communities, a group which advocates for development in favelas, says very little has filtered down to the 25 per cent of Cariocas — the term for Rio residents — living in the city's poorest neighbourhoods.

"I really don't think they had the intention of improving low income neighbourhoods as an Olympic legacy. I think they said that because it was good marketing," Williamson says.

Brazil is in the midst of its deepest recession in 30 years. Brazil's economy has now shrunk for five straight quarters. Of the estimated $15 billion Cdn spent on the games, Williamson says realtors and contractors got the largest share.

"At least in Rio, the priorities seem to be on real estate and construction and after the Olympics we're left with a huge deficit. We'll be paying this off for years."

In City of God, a small stream, clogged with garbage, struggles to make its way downstream. Like veins, these tributaries in favelas carry filth and garbage into the heart of Olympic sailing and swimming events.

"They promised to clean up 80 per cent of the pollution," Williamson says. "They knew they couldn't do that. They just picked that number out of the air."

'The favela is also the city'

The isolation of troubled favelas from the glittering picture of Rio, marketed for the Olympics, is not new. But now that the games are on, the inequalities are magnified.

"What's the real participation of the favela during the Olympic Games?" asks Valdinei Medina, a community leader in Babilonia, near Copacabana.

"They separate the favela from the city," he says. "But the favela is also the city."

Some favelas were moved to make way for Olympic venues, others are hidden behind large highway screens painted with Brazilian themes. The city calls them sound barriers, but they effectively hide impoverished neighbourhoods from visitors travelling from the international airport into the south zone and the beaches.

In Babilonia, a favela close to Copacabana, and a 20-minute drive from the Maracana Stadium, the party starts early on a holiday evening.

Mariana Coutinho and Adriana Borgatte are enjoying themselves. But in this sports-crazy country, they feel cut off from the Olympics.

"I am a sports person and I like the Olympics," Coutinho says. "But it's not affordable for anyone to go watch it, it's not accessible for ordinary people".

Her friend Borgatte interjects, "It's not the right moment. The country is in crisis. We are spending unnecessary money while we need a lot more for health and education and basics for the population. Not only Rio de Janeiro but all over Brazil." Will Rio's Olympic legacy be worth the expense?

6 years ago
Duration 3:18
Billions have been spent to host the Rio Games, but will the people who live in the city see any of the benefits? CBC's Paul Hunter reports