A U.S. government whistleblower ousted from a leading role in battling COVID-19 alleged Thursday that the Trump administration has intensified its campaign to punish him for revealing shortcomings in the U.S. response.

Dr. Rick Bright had been ousted from a leading role in U.S. battle against COVID-19

A U.S. government whistleblower ousted from a leading role in battling COVID-19 alleged Thursday that the Trump administration has intensified its campaign to punish him for revealing shortcomings in the U.S. response.

Dr. Rick Bright, former director of the Biomedical Advanced Research and Development Authority (BARDA), said in an amended complaint filed with a federal watchdog agency that he has been relegated to a lesser role in his new assignment at the National Institutes of Health, unable to lend his full expertise to the battle against COVID-19.

The complaint also said Health and Human Services Secretary Alex Azar is leading a "co-ordinated effort" to undermine Bright in his new role, and it formally requests that Azar remove himself from dealing with the case.

Bright, a vaccine expert, was supposed to be working on virus diagnostic tests at NIH. But he "is cut off from all vaccine work, cut off from all therapeutic work, and has a very limited role in the diagnostic work," said the complaint. "His extremely narrow role is confined to making contracts with diagnostics companies that have already developed diagnostics, to scale up their production."

Where Bright previously oversaw 200 or more projects at BARDA, he's now been given responsibility for five to eight, involving diagnostic tests already approved by the Food and Drug Administration.

The complaint said former colleagues of Bright's at his old agency are now avoiding him. It described a conversation with one such colleague, who is not identified by name.

The complaint quotes the former colleague saying that the agency's new acting director, Dr. Gary Disbrow, had warned him "to be 'very careful."'

The complaint said Disbrow explained that Azar "was very angry with Dr. Bright and was 'on the war path.' [Disbrow] explained that Secretary Azar directed HHS employees to refrain from doing anything that would help Dr. Bright be successful in his new role."

HHS had no immediate response to Bright's latest allegations.

The Office of Special Counsel, an agency that investigates complaints from government whistleblowers, previously found "reasonable grounds" that Bright was removed from his post after trying to warn the White House and the Department of Health and Human Services early this year that the U.S. was unprepared for the coronavirus outbreak.

Bright is a flu and infectious disease expert with 10 years at the biomedical agency, which is known as BARDA. His particular focus was on vaccine development. At the NIH, he was supposed to be working on coronavirus testing, but he is now alleging that he has been blocked.

President Donald Trump has dismissed him as "a disgruntled guy." 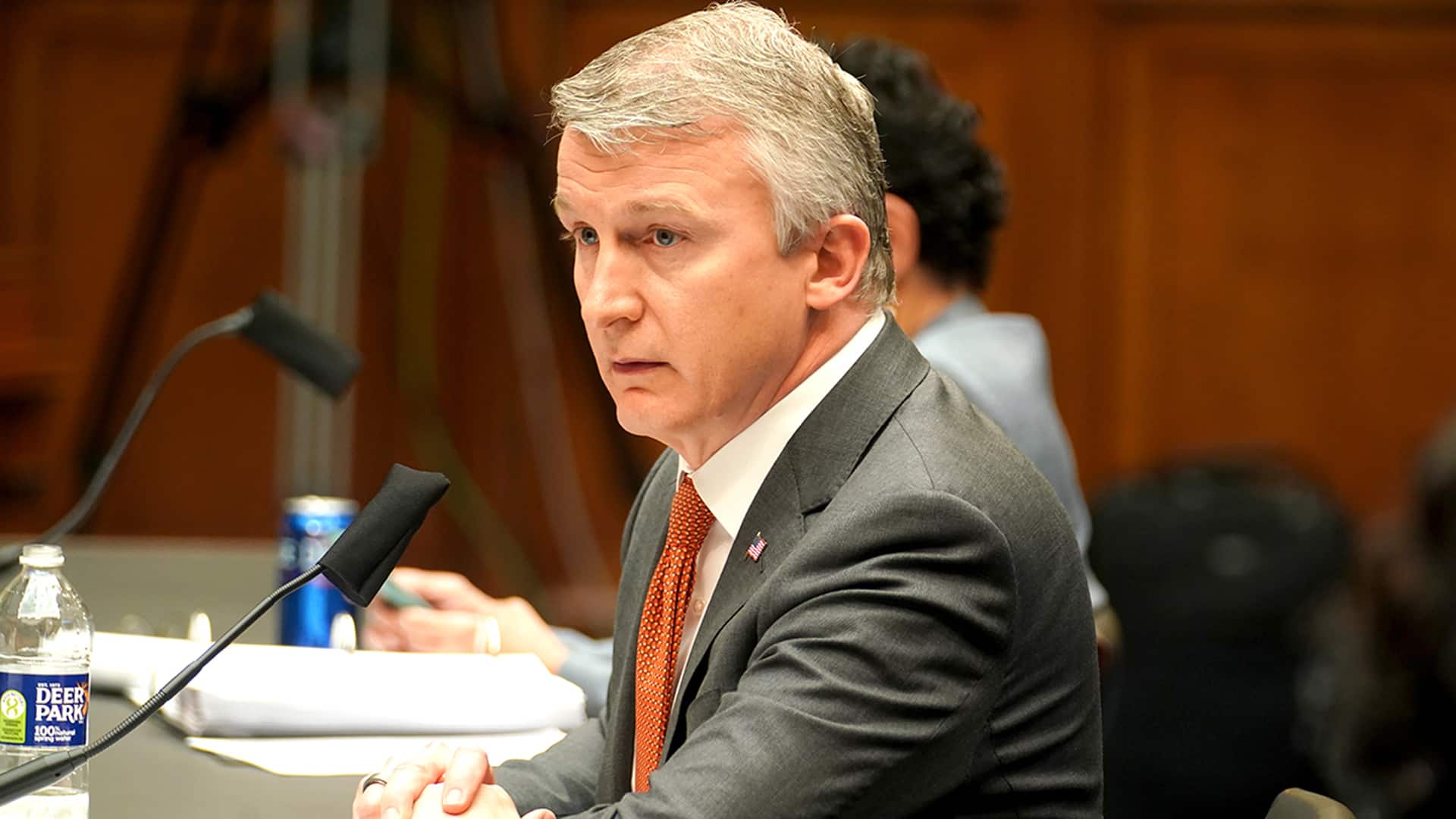 8 months agoVideo
2:01
Dr. Rick Bright, who was fired as the director of the agency responsible for developing drugs to fight the coronavirus, told a U.S. congressional hearing that his early warnings about the pandemic were met with indifference and the country only has limited time to improve its response. 2:01

The agency that Bright had led is a unit of HHS that focuses on countermeasures to infectious diseases and bioterrorism. He had received a job performance review of outstanding before he was summarily transferred in April, with his agency email cut off without warning.

In his initial complaint filed last month, Bright said the final straw for his bosses appeared to come when he resisted efforts to flood the New York area with hydroxychloroquine, a malaria drug once touted by Trump as a "game changer" for COVID-19. Bright said he argued successfully for limiting approved use of the drug to certain settings, such as hospitals treating COVID-19 patients.

Trump has since revealed that he has taken hydroxycholoroquine, apparently to try to prevent infection after several White House staffers tested positive.

The Food and Drug Administration recently revoked its emergency use approval for the drug, citing its known heart risks and unproven benefits against the novel coronavirus.