The evolving arguments have allowed Republicans to cite political and historical grounds for acquitting Trump without feeling compelled to condone his behaviour, a split-the-difference judgment that avoids a clean break with the president as he stands for re-election.

But not bad enough, he said, to warrant Trump's removal from office, or even to hear from witnesses or other evidence.

That distinction has been embraced by other Republicans as the trial moves toward a near-certain acquittal of the president in the coming days. It's also in line with arguments from Trump's legal team, which after initially asserting that the president did "absolutely nothing wrong" moved toward insisting that Trump had done nothing impeachable — and attacked the trial as a partisan exercise.

The evolving arguments have allowed Republicans to cite political and historical grounds for acquitting Trump without feeling compelled to condone his behaviour, a split-the-difference judgment that avoids a clean break with the president as he stands for re-election.

Alexander, who is retiring from office at the end of the year, was the most vocal, saying he did not need to hear more evidence to conclude that Trump was wrong to ask a foreign leader to investigate a rival.

"But," said Alexander, "the Constitution does not give the Senate the power to remove the president from office and ban him from this year's ballot simply for actions that are inappropriate." 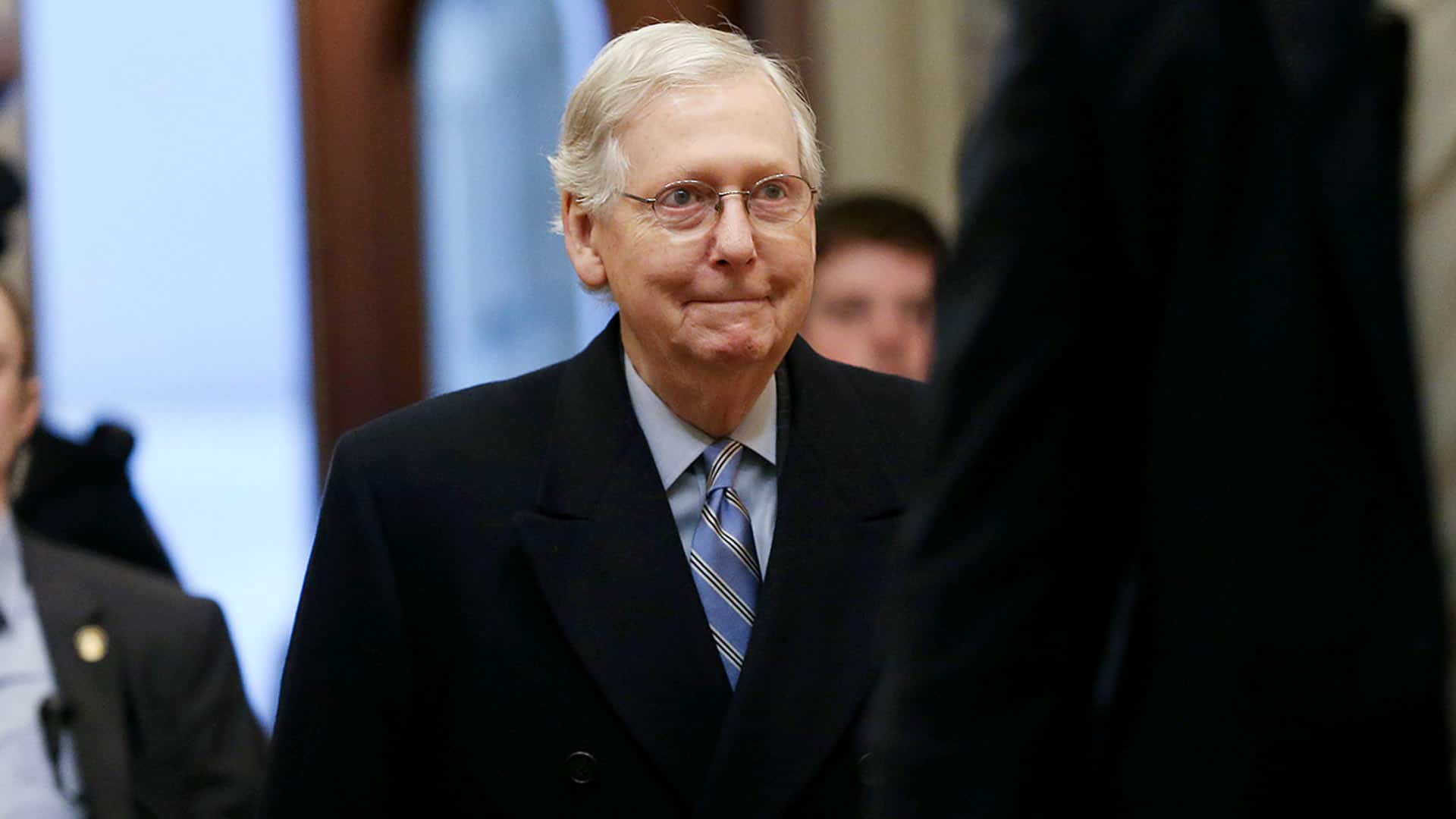 1 year ago
2:25
Republican senators voted against allowing witnesses to testify at U.S. President Donald Trump’s impeachment trial, moving one step closer to acquittal by the Senate. 2:25

Similarly, Sen. Lisa Murkowski, an Alaska Republican whose opinions have been closely watched because of her centrist reputation, issued a five-paragraph statement Friday that declared her opposition to witnesses without mentioning Trump once or registering any support for his actions.

"Given the partisan nature of this impeachment from the very beginning and throughout, I have come to the conclusion that there will be no fair trial in the Senate," Murkowski said. "I don't believe the continuation of this process will change anything."

Trump has repeatedly called his July 25 phone call with Ukraine President Volodymyr Zelenskiy "perfect," but a drumbeat of revelations that continued even after the trial started made that claim harder for even staunch allies to sustain.

The latest revelation came courtesy of an unpublished manuscript from former national security adviser John Bolton, who writes that Trump tied suspension of military aid to Ukraine to the country's willingness to undertake the investigations the president wanted.

Inside and outside the chamber, the president's allies spent more time questioning the relevancy of the book's content than disputing its accuracy. Republican senators signalled through their questions at trial a willingness to concede certain basic facts of the case, which made it easier them to brush off calls for more witnesses. They insist they already have the information they need to make a decision.

"For the sake of argument, one could assume everything attributable to John Bolton is accurate and still the House case would fall well below the standards to remove a president from office," Sen. Lindsey Graham of South Carolina, a vocal defender of Trump's, said in a statement.

One question this week from Sens. Susan Collins and Mitt Romney, two Republicans who on Friday joined Democrats in seeking witness testimony, and Murkowski who voted against witnesses, asked whether Trump could be guilty of the abuse of power count if he was motivated by both national interest and "personal political advantage." It was a clear indication that the trio did not dispute that Trump had in fact, been inspired by the pursuit of a "personal political advantage."

Nor did Trump deputy White House counsel Pat Philbin, when it came time to answer the question. He simply suggested that a president cannot be removed from office for having mixed motives.

"There's always some personal interest in the electoral outcome of policy decisions," Philbin said, "and there's nothing wrong with that."

Another question from Sen. Ted Cruz of Texas left open the idea that, contrary to Trump's denials, perhaps there had been a quid pro quo after all. But, Cruz asked, "As a matter of law, does it matter? Is it true quid pro quos are often used in foreign policy?"

Here again, Trump attorney Alan Dershowitz responded by saying it would be illegal only if a president had acted on corrupt motives alone.

"It's so dangerous to try to psychoanalyze a president, to try to get into the intricacies of the human mind," Dershowitz said. "Everybody has mixed motives, and for there to be a constitutional impeachment based on mixed motives would permit almost any president to be impeached."

It was an evolution in argument from the one at the outset of the trial, when Trump's attorneys stressed that he had done absolutely nothing wrong.

And by Friday morning, as the decision on witnesses neared, the Republican senators who did come forward to telegraph their votes struck a note similar to Alexander's — attacking the impeachment process without supporting the president's behaviour.

The president's actions were "wrong and inappropriate," said Sen. Rob Portman of Ohio. But the process of securing witnesses could take months, he added, and the Senate should not subpoena witnesses like Bolton who were never subpoenaed by the House.

If this shallow, hurried and wholly partisan impeachment were to succeed, it would rip the country apart, pouring gasoline on the fire of cultural divisions that already exist.- Sen. Lamar Alexander

In a statement, Alexander said: "If this shallow, hurried and wholly partisan impeachment were to succeed, it would rip the country apart, pouring gasoline on the fire of cultural divisions that already exist."

Republican Sen. Roy Blunt of Missouri, speaking to reporters Friday, was asked if he agreed with Alexander that Trump's conduct was inappropriate but not impeachable. He responded by saying that he had a "lot of respect for" Alexander and that he opposed hearing from witnesses for what he said were "institutional" reasons.

In a New York Times report, Nebraska GOP Sen. Ben Sasse said of Alexander: "Lamar speaks for lots and lots of us."