Republicans are growing pessimistic about the direction of the U.S., poll says

Republicans are more pessimistic about the country's direction than at almost any other time during U.S. Donald Trump's presidency, as a trio of crises — the coronavirus pandemic, an economic downturn and mass protests over police brutality — buffets his administration.

46% of Americans who identify as Republicans say U.S. is on right track, according to Reuters/Ipsos poll

Republicans are more pessimistic about the country's direction than at almost any other time during U.S. Donald Trump's presidency, as a trio of crises — the coronavirus pandemic, an economic downturn and mass protests over police brutality — buffets his administration.

Only 46 per cent of Americans who identify as Republicans say the country is on the right track, according to a Reuters/Ipsos poll conducted last week. It is the first time that number has fallen so low since August 2017, when a rally organized by white supremacists in Charlottesville, Va., led to violent clashes with counter-protesters.

As recently as early March, before the novel coronavirus forced widespread shutdowns across the country, about 70 per cent of Republicans said they were optimistic about the country's direction.

Trump's approval rating remains resilient at around 40 per cent, with a large majority of Republicans still approving of his overall performance.

But sustained pessimism among Trump's supporters could portend potential weakness ahead of November's election, when he will face Democratic former vice-president Joe Biden, experts said.

Thirty-seven percent of Republicans said the country is on the wrong track; 17 per cent of that group said they would vote for Biden if the election were held now, and 63 per cent still plan to cast ballots for Trump.

Concerning for the president

In an election most analysts believe will come down to a handful of closely divided states such as Michigan, Pennsylvania and North Carolina, even minor defections or a dip in turnout among the Republican ranks could imperil Trump's chances.

"It probably should be concerning for the president, even though it's reasonable to say he still maintains strong support among Republicans," said Kyle Kondik, an elections analyst at the University of Virginia. 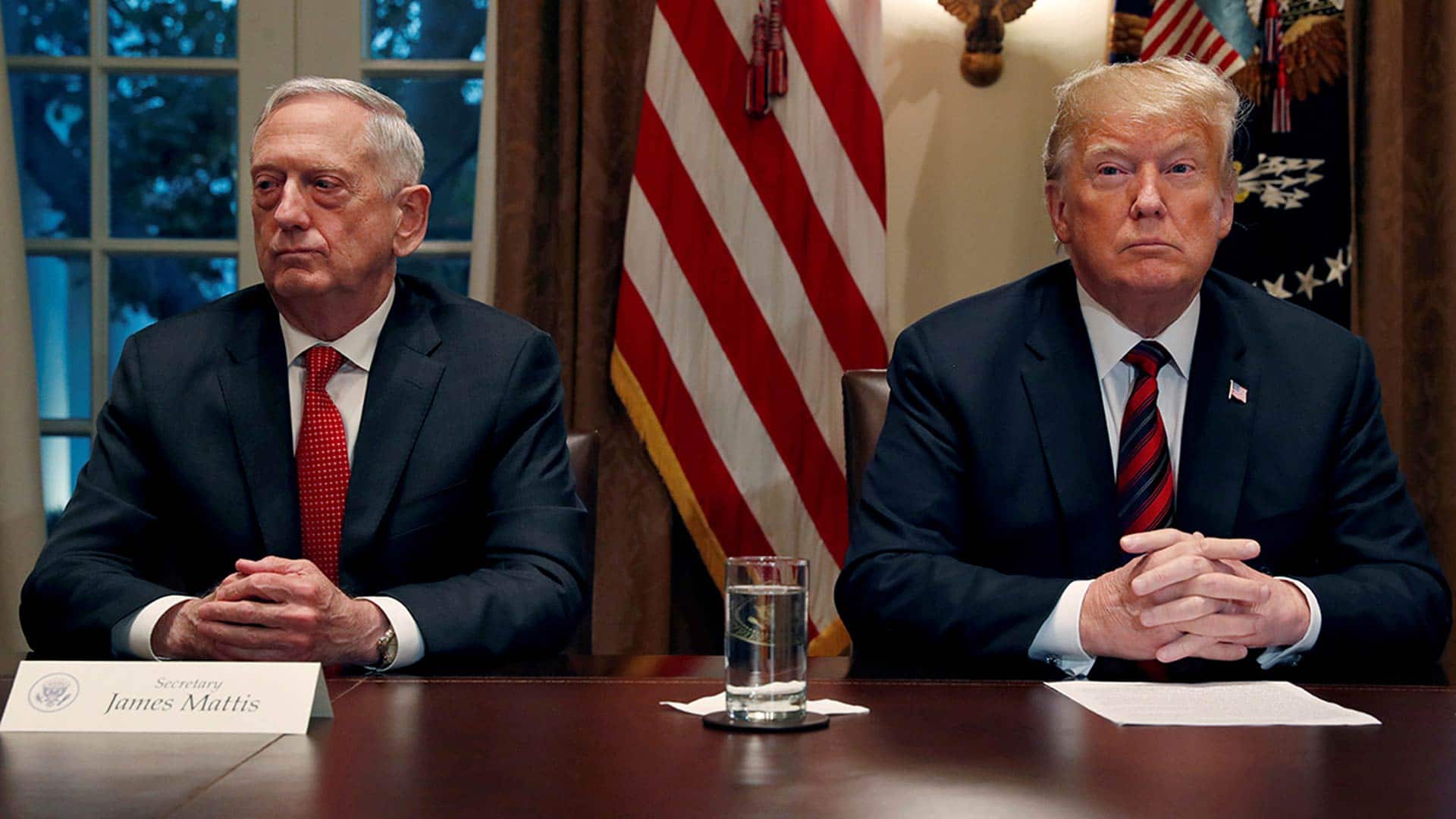 6 months agoVideo
2:58
U.S. President Donald Trump's response to the protests got pushback from more political and military leaders on both sides of the aisle as a growing number signalled their support for the protests. 2:58

Republicans believe an economic rebound in the fall would bolster his prospects. Friday's jobs report showed more than 2.5 million jobs were added last month during the thick of the coronavirus pandemic. Trump touted the gains as the "greatest comeback in American history."

Trump campaign spokesperson Erin Perrine said in a statement, "Polling is notoriously wrong. We are five months from the election and any polling now is not a clear indicator of election results. Pollsters were very wrong in 2016 and underestimate voters' enthusiasm for President Trump every time."

The pessimism among all Americans has grown since the end of February, when the pandemic began accelerating. But unlike Republicans, large majorities of Democrats and independents already felt the country was on the wrong track; fewer than seven per cent of Democrats and 19 per cent of independents feel the country is headed in the right direction, down slightly from March, the poll showed.

Matthew Knight, a 48-year-old resident in North Carolina who supported Trump in 2016, said he has been disappointed with Trump's response to the crises.

"Just think with everything going on, and Trump not helping matters, that things are definitely wrong," Knight wrote in an email to Reuters. "I was going to vote for Trump, but if things don't get better, I may have to rethink that." 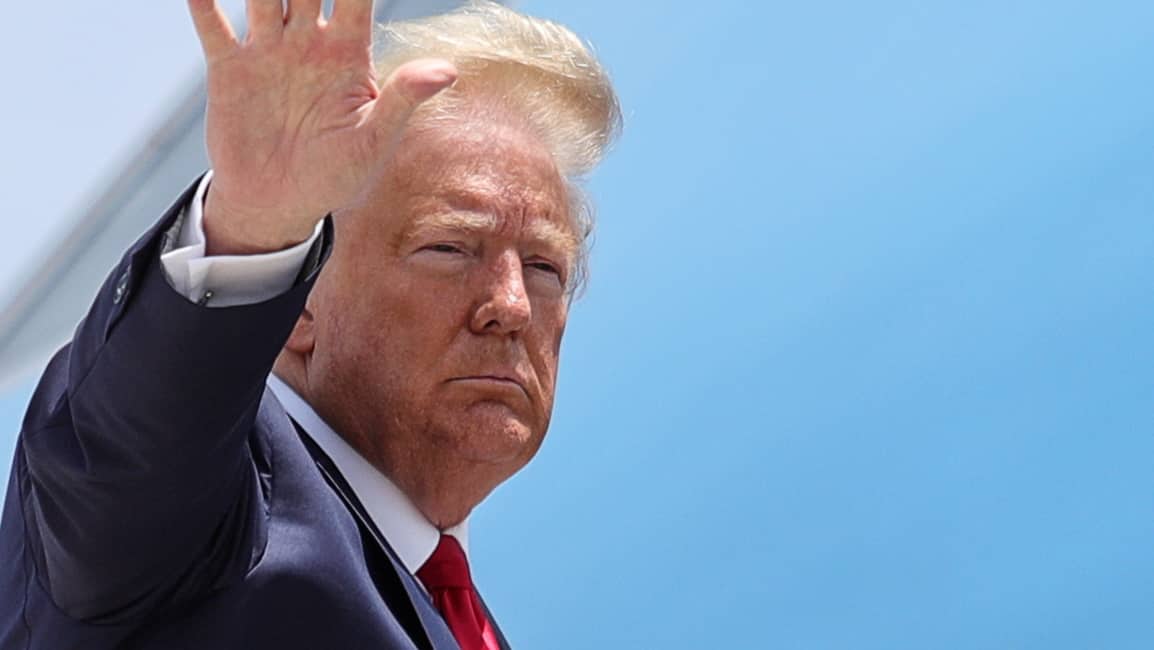 U.S. president says it's 'a great day' for George Floyd

6 months agoVideo
0:48
In the midst of an upbeat jobs report, in which he touted the benefits for black Americans, Donald Trump said it's a 'great, great day in terms of equality.' 0:48

Reuters conducted interviews and email exchanges with more than a dozen Republicans who said the country was headed in the wrong direction, yielding a mix of responses.

Some, such as Bill McMichael, a 62-year-old in politically divided Minnesota who hasn't voted for a Democratic presidential candidate in four decades, are considering voting for Biden out of disgust with Trump.

A few admitted some misgivings but still plan to vote for Trump, either because they are more skeptical about Biden or trust Trump to revive the economy. Others blamed Democrats for the country's problems.

"The last week sure shows you the direction the liberals are trying to drive this country," said Ken Wilamowski, 68, a retired General Motors engineer in Clarkston, Mich., adding that Democratic governors have been too unwilling to confront protesters. "Pacifism is going to lose to anarchy every time."

Trump has urged governors to "dominate" the streets and claimed that far-left radicals are primarily responsible for the violence. Protesters again gathered in Washington for a big demonstration on Saturday.

"In normal political circumstances, having a 40 per cent favorability would be terrible, but that's just not the world we live in right now," said Terry Sullivan, a Republican strategist who served as Sen. Marco Rubio's presidential campaign manager in 2016. "The numbers really haven't moved in the last 3.5 years."

Tom Singer, a 57-year-old probation officer in Riverside, Calif., said Trump's presidency has been "dysfunctional." Nevertheless, he said he would still likely vote for him in November because he trusts Trump will deliver where it matters most: on the economy.

"I'm not happy with either candidate, but I have to look at the one who's going to have the greatest impact on me," he said.

The Reuters/Ipsos poll was conducted online, in English, throughout the United States and gathered responses from 1,113 American adults. It had a credibility interval of plus or minus three percentage points.