U.S. President Donald Trump's use of the terms "fake news" and "enemy of the people" is "shameful" and reminiscent of words infamously used by Russian dictator Josef Stalin to describe his enemies, Republican Sen. Jeff Flake says in a speech on Capitol Hill.

Arizona Sen. Jeff Flake says when Trump cites fake news, he 'should be the figure of suspicion, not the press'

U.S. President Donald Trump's use of the terms "fake news" and "enemy of the people" is "shameful" and reminiscent of words infamously used by Russian dictator Josef Stalin to describe his enemies, Republican Sen. Jeff Flake said Wednesday.

In a speech on the Senate floor, Flake, of Arizona, called Trump's repeated attacks on the media "repulsive" and said Trump "has it precisely backward." Despotism is the enemy of the people, while a free press is the despot's enemy and a guardian of democracy, Flake said.

A frequent Trump critic who is retiring this year, Flake said that when Trump calls news stories he doesn't like "fake news," he "should be the figure of suspicion, not the press." 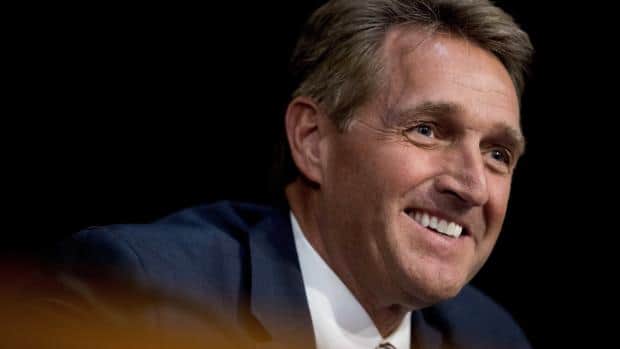 3 years ago
2:03
'Our own president uses words ... spoken by Josef Stalin to describe his enemies,' Arizona's Jeff Flake tells Senate 2:03

Flake has said he is not comparing Trump to Stalin, who was responsible for the deaths of millions, but said Trump's use of a term favoured by Stalin, "enemy of the people," is chilling.

"This alone should be a source of great shame for us in this body, especially for those of us in the president's party,"' Flake said.

In an opinion column in the Washington Post, McCain said Trump's attempts to undermine the free press "make it more difficult to hold repressive governments accountable." Constant cries of "fake news" undercut legitimate reporting and "strip activists of one of their most powerful tools of dissent," McCain wrote.

Trump's first year in office "was a year which saw the truth — objective, empirical, evidence-based truth — more battered and abused than any other in the history of our country, at the hands of the most powerful figure in our government," Flake said, referring to the president.

In a direct attack on Trump, Flake said the impulses underlying Trump's attacks "are not benign. They have the effect of eroding trust in our vital institutions and conditioning the public to no longer trust them. The destructive effect of this kind of behaviour on our democracy cannot be overstated."

As a Republican, Flake said he is ashamed of Trump and said politicians in both parties must stand up to his attacks.

"No longer can we compound attacks on truth with our silent acquiescence. No longer can we turn a blind eye or a deaf ear to these assaults on our institutions," Flake said.

He said that a president who cannot take criticism, "who must constantly deflect and distort and distract — who must find someone else to blame — is charting a very dangerous path. And a Congress that fails to act as a check on the president adds to the danger." 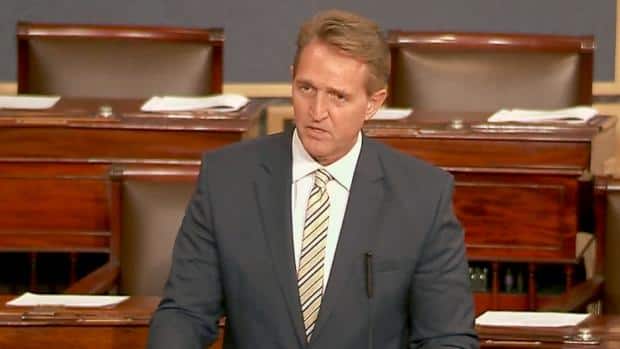