As its beaches welcome sunbathers and frightened, desperate people from the Turkish coast, the Greek island of Lesbos has become a strange sight: a vacation destination, and a way station for the Mideast humanitarian crisis. 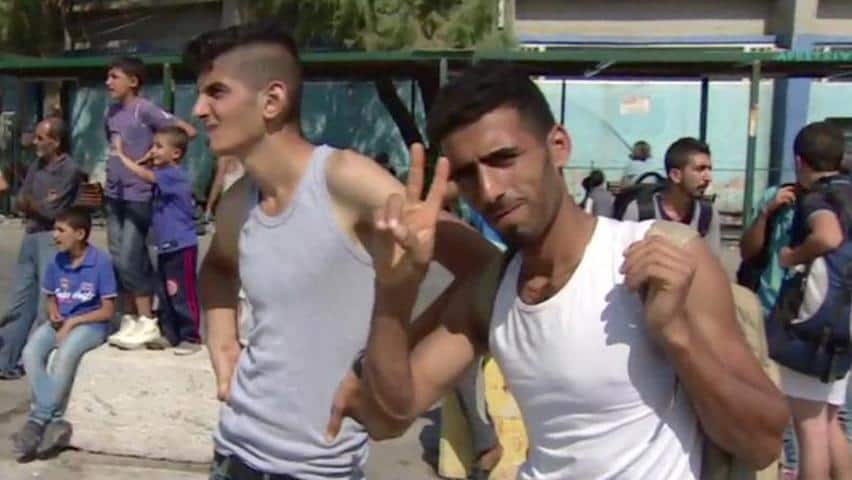 Refugees trying to get off Greek island of Lesbos

It is a strange thing to stand on a Greek island as summer draws to a close with sunbathers snoozing in the sand just a few hundred metres down the beach from you — while out on the horizon, a rubber dinghy full of frightened, desperate people carries them from the Turkish coast toward you on choppy waters.

Yet that is the daily reality on the northern shores of Lesbos, as hundreds of migrants and asylum-seekers risk everything to take a first step on European soil.

They arrive far faster than you'd expect. Norwegian volunteers wade out and help carry babies and knapsacks to dry land. A middle-aged man looking ruffled smiles and says, '"Thank you, thank you" to everyone who crosses his path. 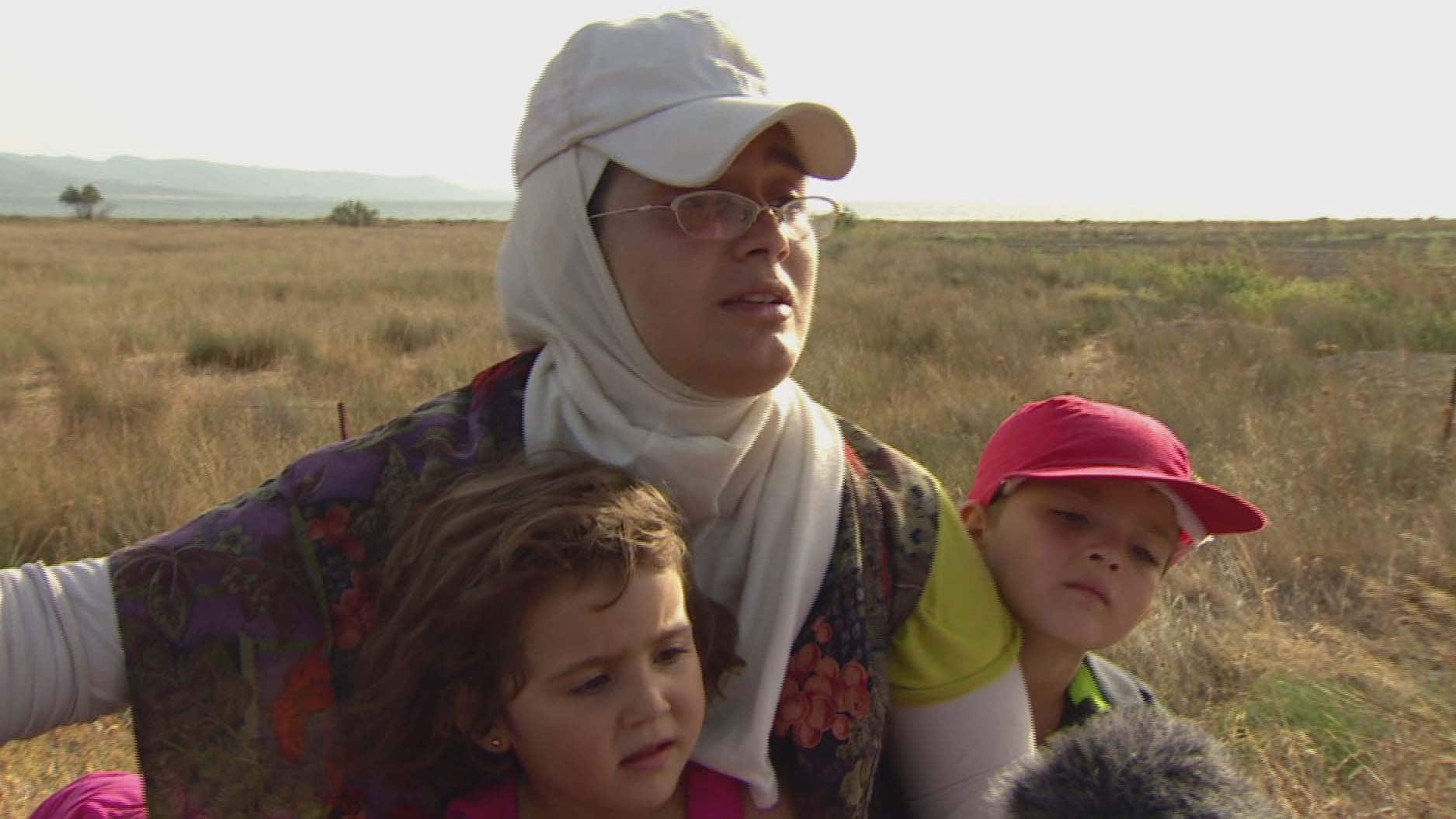 In their own words: One migrant's journey

5 years agoVideo
0:55
Amani Azzam fled Syria with her husband and four children, walking 70 km to get a ferry to Athens 0:55

The Norwegians are armed with blankets and water and candy for the kids. Bags full of shoes, too. Many migrants lose them in the water. The volunteers even help pluck the spines of sea urchins from the children's feet.

The shaking legs of a 29-year-old woman from Aleppo in Syria attest to the harrowing nature of the trip.

"Thanks God we are here," she says, "and not stay in the sea." It was very beautiful and safe, she says of Aleppo. "Now, no."

Their boat began to take on water about 35 minutes after leaving the Turkish coast, another passenger says. "I can swim," he says, "but many on the boat could not and the women were screaming."

No fewer than five boats carrying anywhere from 25 to 90 people landed on Lesbos during our watch in the course of an afternoon.

A strange little cast of characters waits for the boats, including a local resident of British origin who films the arrivals and puts them on YouTube.

Then there are the boat spotters who jump into the water waving orange flags to try and guide the boats in to shallow beaches where it's easier to disembark.

This can have both benign and not-so-benign intent. Some spotters work with charities including the above-mentioned Norwegians.

Others might be locals taking advantage of the situation to try and scavenge outboard motors to sell before the smugglers manage to return to them for future use.

Aid workers say the smugglers are increasingly trying to re-use the dinghies and motors instead of abandoning them. They have their own spotters sitting with binoculars along the beach, likely communicating with their counterparts on the Turkish coast. The trafficking networks try to avoid sending boats over when the Greek coast guard is patrolling, the aid workers say.

So many discarded lifejackets have been left behind on the beaches that the coastline looks like one long, fluorescent orange ribbon.

All this drama plays out while middle-aged tourists bob around in the sea seemingly oblivious to the human drama taking place next to them.

Other tourists have been drawn right in, gathering up food, clothing and handing out water. Those refugees arriving on the north shore have a long, hot walk ahead of them to reach the port of Mytilene.

It's 70 kilometres away and a three-day walk in temperatures well above 30 C.

Islanders are not allowed to offer them rides if they don't have registration papers, so columns of people walking to the port have become a constant part of the scenery. There are young men in groups and families pushing baby buggies or carrying small children wearing ball caps donated by refugee support groups.

Montaser al-Sayaf is a diabetic, clearly distressed by the sea journey and without his insulin for nearly two days now.

An engineer from the embattled town of Aleppo in northern Syria, he seems to shake with the indignity of his plight: a professional man no longer able to support his family or keep them safe, finding himself soaking wet on a Greek beach with his cellphone carefully wrapped in a baggy.

He's left his wife and children in Turkey and hopes to be able to reunite the family elsewhere in Europe.

He describes days spent in the forest on the Turkish side of the channel, pushed around by the smugglers he paid good money to get him here.

Al-Sayaf knows he will likely not be welcome in the countries he must traverse to get where he's going — which is any civilized country that will take him, he says.

He says he doesn't believe the exodus from the region will stop despite some EU countries' efforts to bring up the drawbridge.

"If the war is not finish in Syria, all people in Syria they will come here because they haven't any choices. You have to finish the war if you want to stop anybody to come here."

And then he thanks me for my time before moving off with the others for the long trek to the port.