Queen says Harry and Meghan will spend time in Canada and the U.K.

Queen Elizabeth says the royals have had "constructive" discussions about what the future holds for Prince Harry and Meghan, who the Queen says will "spend time" in both Canada and the U.K.

A pragmatic Queen Elizabeth brokered a deal Monday to secure the future of the monarchy, charting a course for Prince Harry and his wife, Meghan, that allows them to live part-time in Canada while still remaining firmly tied to the House of Windsor.

The decision followed a summit at the Queen's Sandringham estate in eastern England that sought to resolve the conundrum of what to do with royals who only want the job part-time. The monarch said in a statement that the summit of senior royals was "constructive" and that it had been "agreed that there will be a period of transition" to sort things out during which Meghan and Harry will spend time in both Canada and the U.K.

The Queen said the family is "entirely supportive" of Harry and Meghan's desire to start a "new life as a young family."

"Although we would have preferred them to remain full-time working members of the Royal Family, we respect and understand their wish to live a more independent life as a family while remaining a valued part of my family."

The summit marked the first face-to-face talks with Harry since he and Meghan unveiled their controversial wish last week to step back from their royal roles, become financially independent and split their time between Britain and North America.

The meeting reflected the Queen's desire to contain the fallout from the independence announcement, which prompted hurt feelings among senior family members not told in advance of the decision.

The Duke and Duchess of Sussex made the announcement Wednesday without telling the Queen or other senior royals first.

"Harry and Meghan have made clear that they do not want to be reliant on public funds in their new lives," the statement released Monday said.

What is meant by "a period of transition" and where the pair would live while in Canada was not immediately clear. Toronto and Vancouver Island, where the couple spent the Christmas Holiday, have both been floated as possible locations.

The meeting at the monarch's private Sandringham estate in eastern England included Harry, his elder brother, Prince William, as well as the brothers' father, Prince Charles.

It came after days of intense news coverage in which supporters of the Royal Family's feuding factions used the British media to paint conflicting pictures of who was to blame for the rift. Meghan, who is in Canada with the couple's baby son, Archie, joined the meeting by phone.

The Queen said after the meeting that the issues under discussion were "complex matters for my family to resolve, and there is some more work to be done, but I have asked for final decisions to be reached in the coming days."

On the question of whether the Sussexes would be granted Canadian citizenship when they take up residence here, a spokesperson for Immigration Minister Marco Mendicino said Monday that there are no provisions in the Citizenship Act that automatically grant such status to members of the Royal Family.

"In order to become legal permanent residents of Canada, they would need to apply through our normal immigration processes," Mathieu Genest told CBC News in an emailed statement.

"However, members of the Royal Family are not required to seek authorization to come to and stay in Canada as visitors."

Joint statement ahead of meeting

Before the extraordinary session, Princes William and Harry took the equally unusual step of issuing a statement challenging the accuracy of a newspaper report that there was a severe strain on the relationship between the brothers.

"For brothers who care so deeply about the issues surrounding mental health, the use of inflammatory language in this way is offensive and potentially harmful," the statement said.

Though the statement did not name the newspaper, the Times of London had a front-page story about the crisis in which a source alleged Harry and Meghan had been pushed away by the "bullying attitude from" William. The joint statement insisted the story was "false."

"Despite clear denials, a false story ran in a U.K. newspaper today speculating about the relationship between the Duke of Sussex and the Duke of Cambridge. For brothers who care so deeply about the issues surrounding mental health, the use of inflammatory language in this way is offensive and potentially harmful."

One of the more fraught questions that needed to be worked out is precisely what it means for a royal to be financially independent and what activities can be undertaken to make money. Other royals who have ventured into the world of commerce have found it complicated.

Prince Andrew, for example, has faced heated questions about his relationship with the late convicted sex offender and financier Jeffrey Epstein. Andrew, the Queen's second son, has relinquished royal duties and patronages after being accused by a woman who says she was an Epstein trafficking victim who was forced to sleep with the prince.

Sophie, the countess of Wessex, sought to keep her public relations firm going after her marriage to the queen's third son, Prince Edward, only to find herself embroiled in controversy when she was tricked by the "Fake Sheikh" — an undercover reporter offering a lucrative contract for her firm.

Sophie hinted that if the "sheikh" paid for the firm's services he would get greater publicity because of her royal role. In the end, both Sophie and Edward, who ran a television company, gave up their businesses to become full-time royals in 2002.

The Duke and Duchess of Sussex also face questions on taxpayer-funded security. Home Secretary Priti Patel refused to comment, but said safety was a priority.

"I'm not going to provide any detailed information on the security arrangements for either them or any members of the Royal Family or for any protected individuals — that's thoroughly inappropriate for me to do so," she told the BBC. "At this moment in time, right now, the Royal Family themselves need some time and space for them to work through the current issues that they're dealing with."

U.K. Prime Minister Boris Johnson said on Monday he doesn't "comment on stuff to do with the Royal Family."

WATCH | Expert Robert Lacey says Harry and Meghan might follow the Obamas' example when it comes to managing their finances independent of the royal household: 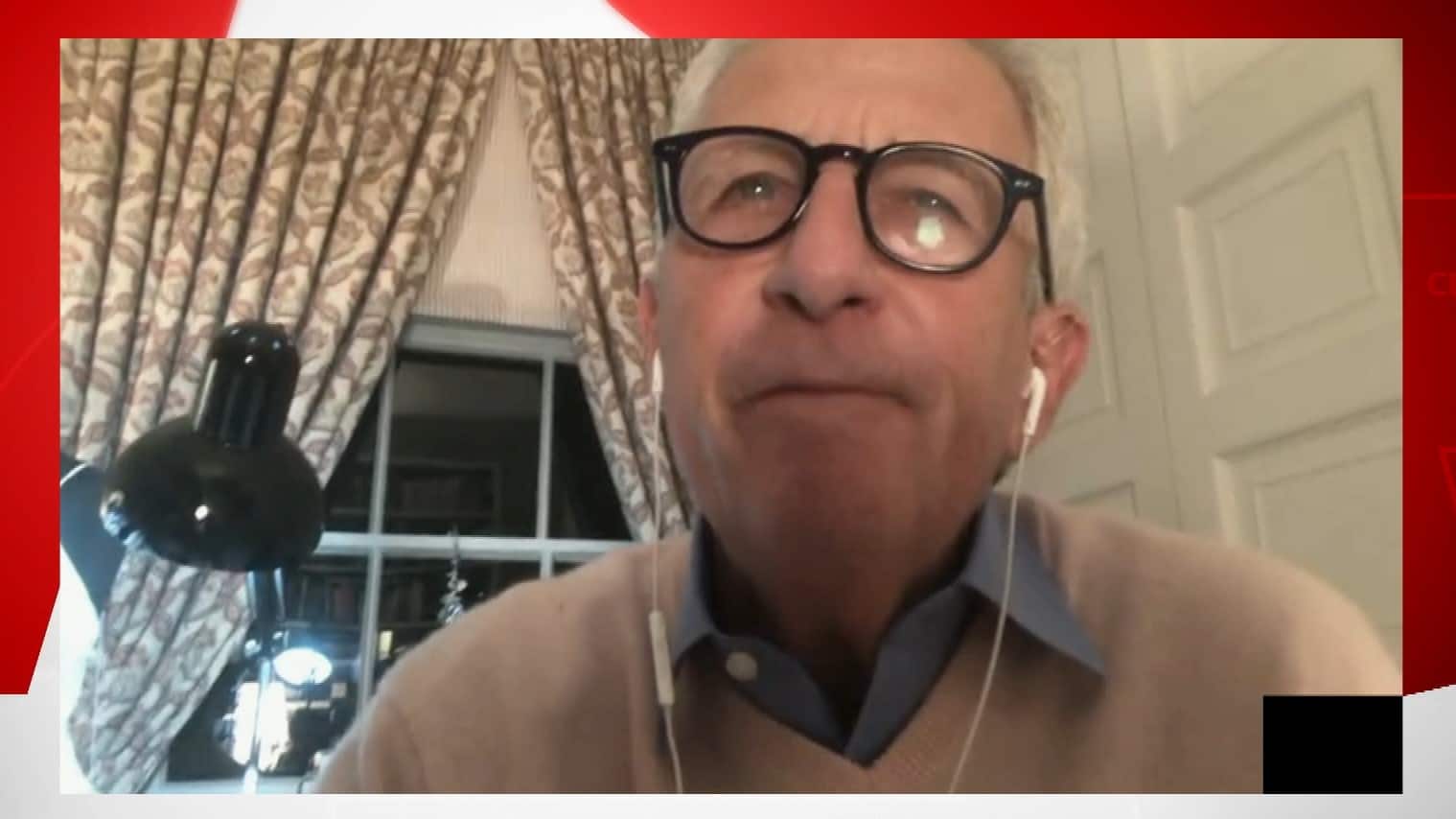 'You cannot be half royal'

Bob Morris, honorary senior research associate at University College London's Constitution Unit, said that the crux of the matter lies in the difference between being a celebrity and having royal status.

"Royal status sets you apart, it gives you a special role in our society," he said. "It is very difficult for you to put the hat on and take it off. You cannot be half royal or royal part of the time."

Some of the challenges are enshrined in the law devised some 20 years ago after an inquiry that followed Sophie's brush with the fake sheikh. The rules are aimed at ensuring working royals do not exploit their status to profit in business.

Under the guidelines, the royals must consult the most senior member of the royal household before taking on a business activity — a measure that would encroach on Harry and Meghan's independence.

With much at stake, the talks could be a step toward a changed monarchy.

"This is a seismic moment in royal history and British society," Kate Williams, a historian at the University of Reading, wrote in the Observer.

"It tells historians of the future much about our society, its self-perceptions, prejudices and fears. And most of all, it should mark our realization — as we didn't learn after Diana [Princess of Wales] — that those who marry into the Royal Family are not our dolls to attack and throw around as we please."

The Queen's decision has also safeguarded peace in the family — for now.

Royal expert Penny Junor said it was vital for the stability of the Royal Family to keep Meghan and Harry happy.

"What is absolutely imperative, in my view, is that Harry and Meghan do not go away feeling angry and hurt and rejected, because an angry, hurt, rejected Harry and Meghan could cause absolute havoc for the royal family," she said.