Queen Elizabeth's annual Christmas message, recorded well before Dec. 25, reflects on the past year and calls for the world to come together and work towards peace. A heavy cold kept the Queen from attending the traditional Christmas morning church service near her Sandringham estate in Norfolk, England. 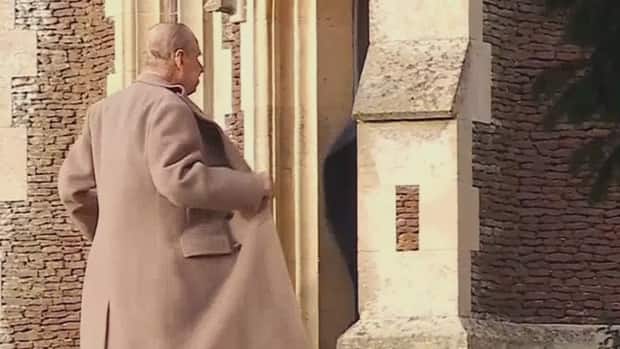 4 years ago
0:57
Prince Philip shakes his cold and marches into church under his own steam 0:57

In the meantime, though, the Queen's annual Christmas message, recorded well before Dec. 25, was released. It reflects on the past year, and calls for the world to come together and work towards peace.

"On our own, we cannot end wars or wipe out injustice," she says in the message. "But the cumulative impact of thousands of small acts of goodness can be bigger than we imagine."

The Christmas service at the parish church of St. Mary Magdalene is a cornerstone of the Royal Family's celebrations, and brings the monarch, now 90, into contact with local residents who gather outside for a glimpse of her.

"The Queen continues to recover from a heavy cold and will stay indoors to assist with her recovery," Buckingham Palace said. "Her Majesty will participate in the Royal Family Christmas celebrations during the day."

The Queen has attended the the St. Mary Magdalene service every year since the family started celebrating Christmas there in 1988.

Before that, the family spent Christmas at Windsor, where Elizabeth had been attending a service since the mid-1960s. It was unclear when Elizabeth last missed a Christmas Day service, if ever.

Those festivities usually include a gala lunch. In past years, the Royal Family would often go for extended walks in the countryside.

Elizabeth has been in generally good health and has maintained an active schedule in the last year despite travelling less often than in the past.

Her husband, 95-year-old Prince Philip, has also cut back his public schedule and his charitable works. He was also suffering from a heavy cold earlier in the week, the palace said.

Philip was driven to church in Sandringham on Sunday and walked in unaided from a Range Rover, a Reuters photographer said, while Prince Charles, heir to the throne, walked to the church with his wife Camilla and other members of the family.

In her Christmas message, the Queen also praises those who provided Britain and other members of the Commonwealth with inspiration, from athletes at this year's Rio Olympics to public servants.

"The message of Christmas reminds us that inspiration is a gift to be given, as well as received," she said.

"And that love begins small, but always grows."