Queen Elizabeth says in her Christmas message that peace and goodwill need to be heeded as much as ever, and people should respect each other even when they harbour deeply held differences.

'It's needed as much as ever,' 92-year-old monarch says in annual address 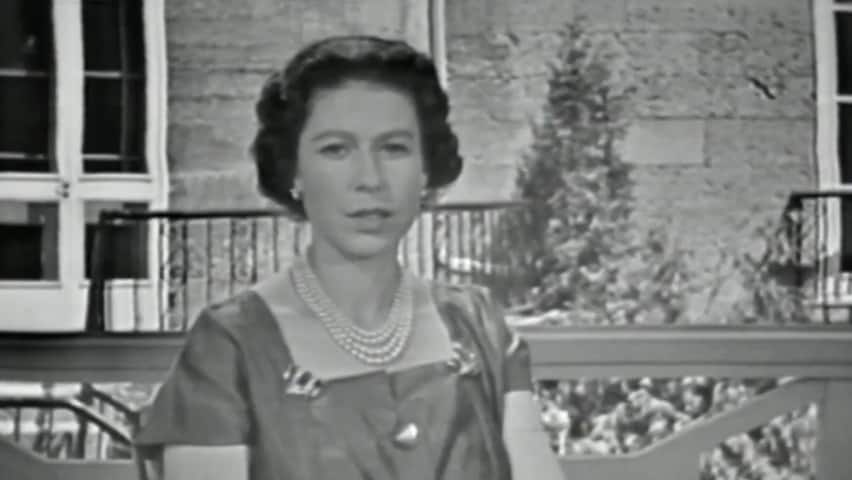 Queen Elizabeth said in her Christmas message today that peace and goodwill need to be heeded as much as ever, and people should respect each other even when they harbour deeply held differences.

During her annual address, the 92-year-old monarch spoke of family and friendship following a year in which her grandson Prince Harry married U.S.-born actress Meghan Markle.

Throughout her record 66 years on the throne, the Queen has avoided commenting in public on contentious international affairs or party political issues, and the speech makes no mention of the visit in July by U.S. President Donald Trump or the turmoil over Britain's departure from the European Union.

But speaking about the birth of Jesus, she said: "I believe his message of peace on Earth and goodwill to all is never out of date. It can be heeded by everyone; it's needed as much as ever.

"Even with the most deeply held differences, treating the other person with respect and as a fellow human being is always a good step toward greater understanding."

The Queen has shown little sign of slowing down in the past year. The wedding of Harry and Meghan marked another royal step toward modernity, with a ceremony that blended ancient English ritual with African-American culture.

"Through the many changes I have seen over the years, faith, family and friendship have been not only a constant for me, but a source of personal comfort and reassurance," she said.

Another grandchild, Princess Eugenie, also married this year, and the Queen's sixth and seventh great-grandchildren were born, while she made her debut appearance on the front row of a fashion show.

She also led British and Commonwealth tributes to the soldiers of the First World War on the centenary of the signing of the Armistice that ended it in 1918.

The Queen wore a cocktail dress in ivory silk with pastel blue, white and gold lamé overlay, designed by Angela Kelly for the broadcast, which was recorded in the White Drawing Room at Buckingham Palace.

She is spending Christmas as usual at her Sandringham Estate in Norfolk, eastern England, where she will be joined by other members of the Royal family.

Earlier, the Queen was cheered by onlookers when she and other royals arrived at a Christmas Day service at the St. Mary Magdalene Church in Sandringham. Her husband, Prince Philip, missed the service, though a royal source said the 97-year-old was in good health and just wanted to spend the day in private.

Philip, the Duke of Edinburgh, married Elizabeth in 1947 and has been by his wife's side throughout her reign, the longest in British history.

"The duke is in perfectly good health; he is just spending the day privately," the royal source said.

Former naval officer Philip, who had successful hip replacement surgery earlier this year, retired from public life last year, quipping at the time that he was no longer able to "stand up much."

Prince Charles, heir to the throne, did attend, along with his sons Prince William, with wife Catherine, and Harry and Meghan, who is expecting their first child in the spring.