Did Princess Anne really snub Donald Trump? Apparently not, but she sure got people talking

Princess Anne - a no-nonsense, all-business royal - was the unlikely focus of frenzied chatter online and elsewhere Wednesday after a video had some people convinced the Queen’s only daughter had snubbed U.S. President Donald Trump the night before. 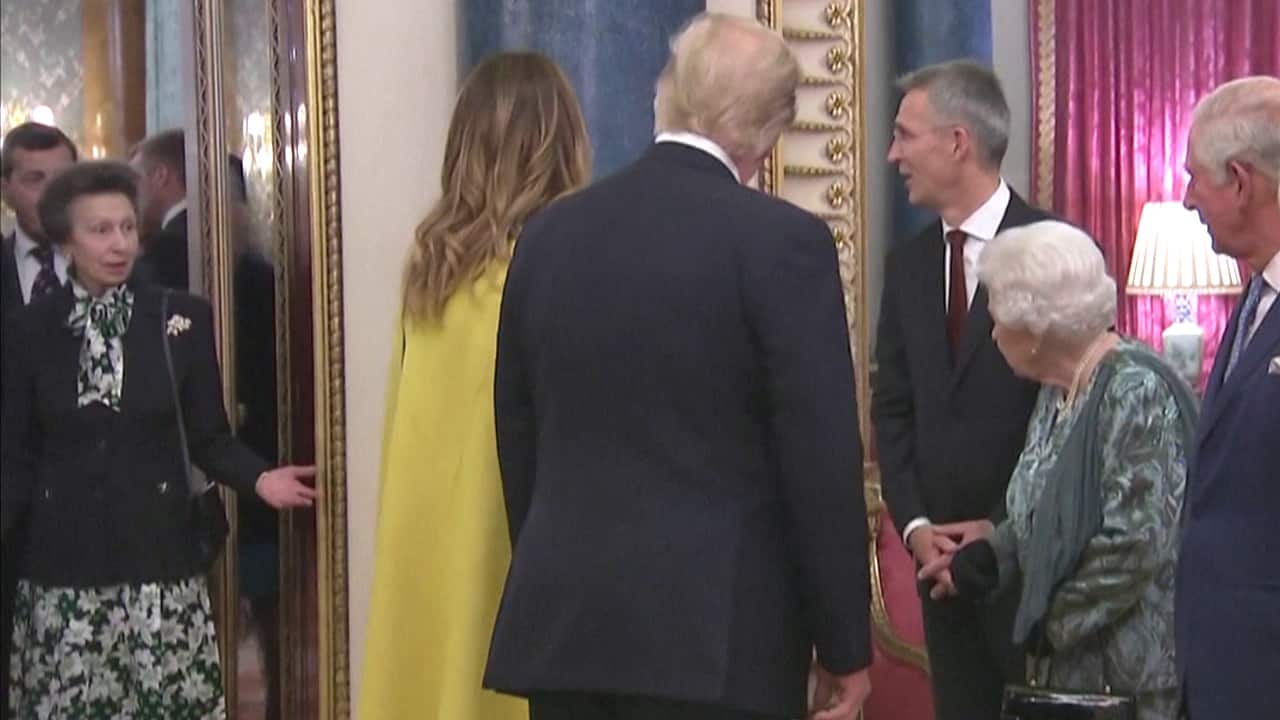 Prime Minister Justin Trudeau wasn't the only one who set off fevered speculation after video emerged from a NATO reception at Buckingham Palace.

Princess Anne — a no-nonsense, all-business royal — was the unlikely focus of frenzied chatter online and elsewhere Wednesday after a video had some people convinced the Queen's only daughter had snubbed U.S. President Donald Trump the night before.

But did Anne really try to distance herself from Trump when Queen Elizabeth gestured toward her as the monarch was greeting world leaders?

It appears quite unlikely.

Still, the speculation was rampant from news websites and on social media, some of them taking less measured tones than others.

Princes Anne is ALL of us. <br><br>Goodnight. X <a href="https://t.co/LLJEpS5oZG">pic.twitter.com/LLJEpS5oZG</a>

Its report went on in that vein, suggesting that the Queen was "caught throwing some serious stink eye at her daughter."

But others, including experienced royal watchers, were quick to offer up a more nuanced interpretation of events.

Valentine Low, a journalist with The Times who frequently writes on royal matters, posted a five-part Twitter explanation of the events, rubbishing the idea it was a snub.

Instead, Anne was merely indicating there weren't any more leaders in line to greet the Queen. "It's just me," Anne said, "and this lot," as she gestured toward members of the royal household.

"So, the truth is now out there," Low tweeted in conclusion. "Not that anyone will pay any attention. Anne the Trump snubber is a much better story."

Still, the online moment had people paying attention to a member of the Royal Family who has had — in ways — a lower profile than others, even though she is known for undertaking a high number of public duties for the House of Windsor each year.

And some are suggesting Anne, 69, is having something of a moment herself, particularly as attention has focused on her in the recently landed season of The Crown, Netflix's popular interpretation of life behind palace walls during the Queen's reign.

"Thanks to Season 3 of The Crown, the world is finally waking up to the highly underrated Princess Royal," noted a piece on the Vogue website that ran under the headline "Princess Anne and the fantasy of the anti-Trump royal."

For more on Anne, check out this Friday's edition of The Royal Fascinator, our biweekly offering of royal news and analysis. If you haven't subscribed, sign up here.