'Americans are dreamers, too': Trump ditches the fog horn for state of the union speech

After a solid year of turmoil in the White House with unprecedented senior staff turnover, one question going into the president’s first state of the union address last night was who among the factions warring around him would have the most impact on his speech and what would that sound like.

After a solid year of turmoil in the White House with unprecedented senior staff turnover, one question going into the president's first state of the union address last night was who among the factions warring around him would have the most impact on his speech and what would that sound like.

Whoever it was drew out the Donald Trump that Democrats most fear — teleprompter disciplined, elevated by the occasion, calm and brimming with crafty populism. The overtly self-pitying, name-calling, mind-wandering, score-settling, Twitter-troll version of the president had, appropriately, been sent to bed early.

Last night's form of Trump had a wily deftness. For example, he took the story of a 12-year-old boy who started a movement to plant flags at the graves of veterans and turned it into a lesson in civic duty "and why we proudly stand for the national anthem."

In the guise of that cleverly anodyne language Trump indirectly reminded his fans of the NFL players who "took a knee" during the anthem to make a point about America's racism — and also without actually saying it, that he, their president, had come out hard against one of them, "that son of a bitch."

Same, too, when he spoke of immigration reform, the most consequential part of his speech. The pressing issue is what to do with the so-called dreamers, the undocumented immigrants who came to the U.S. as children, grew up knowing no other home and now, under the Trump administration, face imminent deportation to a strange land.

Trump has said he wants to protect the dreamers, but his speech smoothly conflated their issue with dark stereotypes about other illegals. It began by putting everything in the context of the victims of a tiny minority of illegal immigrant gang members, the MS-13, who have committed horrible murders. Trump said it was his duty to protect Americans and their communities from MS-13 and then added, with a flourish, "Because Americans are dreamers, too."

It was the big line of the evening, and it had a kind of apple-pie charm to it. 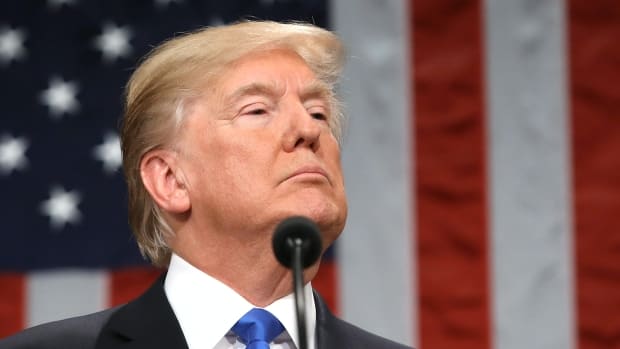 'Americans are dreamers, too'

3 years agoVideo
1:52
Trump talks immigration at state of the union 1:52

But the appropriation of the term "dreamers" to include all Americans seemed reminiscent of attempts a few years ago to draw attention away from the cause of the Black Lives Matter movement by diluting it with the slogan "All lives matter." The result then and now was the same: instant quarreling.

Former Republican House speaker Newt Gingrich tweeted that "Because Americans are Dreamers too" was a remarkable line "It shifts focus from a small group to the whole nation." But that focus shift was precisely why others hated it.

Topher Spiro at the Center for American Progress, a liberal think-tank, tweeted "'Americans are Dreamers too.' This line was intentionally divisive."

"Americans are Dreamers too." This line was intentionally divisive.

The line did seem to pit citizen dreamers against undocumented immigrant dreamers.

It might clarify things to know that former Ku Klux Klan grand wizard David Duke liked the new catchphrase. "Thank you President Trump. Americans are Dreamers too," he tweeted. (In fact he liked the whole speech, "Very powerful.") 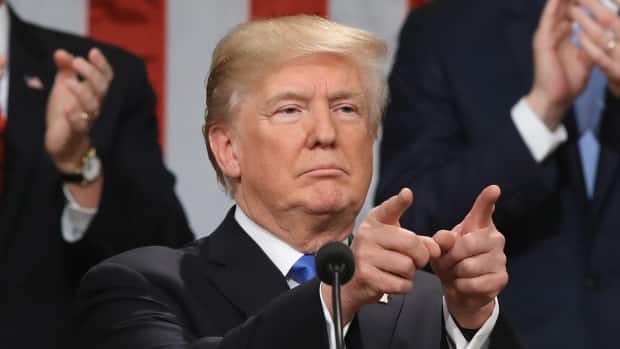 3 years agoVideo
1:41
The U.S. president talked up tax cuts and job growth and said this is a moment for all Americans to move forward 1:41

What Democrats have to fear from last night's performance is the possibility that Trump, now beyond the reach of of his former adviser, the blunt instrument Steve Bannon, is under the influence of a sophisticated dog-whistler in adviser Stephen Miller, someone who can calmly speak a coded identity politics that is understood only by a particular audience.

Until now, Trump has been more of a fog horn, bluntly describing Mexicans as rapists and drug dealers or white nationalists as "very fine people." And that's made him an easier target for his political opponents.

Liberals and Democrats have worried about something like this since the beginning of the Trump phenomenon. But usually, they express it as a fear that a polished, polite and professional non-Trump might come along some time in the future to be a more persuasive salesman for what they see as Trump's anti-immigrant, white nationalist xenophobia. They believe the actual Trump is a fixed thing, unchangeable and unteachable.

And maybe he is. One of his most marked tendencies, after all, has been a habit of getting out a message and then trampling all over it with a counterproductive eruption, usually on Twitter. He has a knack for raining on his own parades.

Democrats and anti-Trumpers are fond of pointing out that he has the lowest approval rating of any first-year president in spite of enjoying a modestly growing economy, record low unemployment, a booming stock market and no new foreign wars (so far). They think he's too focused on his base, and they grow more confident daily that he will be a liability for Republicans in this year's midterm elections.

But things change quickly. It's not impossible that Trump is discovering a way to speak to his base without the fog horn that repels so many others. A less abrasive Trump riding a good economy and a booming stock market might pose an altogether different challenge.