Federal agents who have clashed with protesters in Portland, Ore., will begin a "phased withdrawal" from the city, Gov. Kate Brown said Wednesday.

Federal agents who have clashed with protesters in Portland, Ore., will begin a "phased withdrawal" from the city, Gov. Kate Brown said Wednesday.

Acting Homeland Security Secretary Chad Wolf said in a statement that the plan negotiated with Brown over the last 24 hours includes a "robust presence" of Oregon State Police in the downtown of the state's largest city.

"State and local law enforcement will begin securing properties and streets, especially those surrounding federal properties, that have been under nightly attack for the past two months," Wolf said.

"We're glad Oregon is now correcting their months-long error," he added in a tweet.

Agents with the U.S. Customs and Border Protection and U.S. Immigration and Customs Enforcement will begin leaving the city's downtown area on Thursday, Brown said. Federal Protective Service agents — who are always posted at the Mark O. Hatfield United States Courthouse — will work alongside state police to guard the exterior of the building, and a limited number of other federal agents will remain inside the courthouse, she said.

Wolf said that although federal agents will leave the downtown area, they will maintain a presence in Portland "until we are assured that the Hatfield Federal Courthouse and other federal properties will no longer be attacked and that the seat of justice in Portland will remain secure."

If conditions in Portland "improve significantly," the U.S. government will reassess its staffing levels in the city, he said.

Portland Mayor Ted Wheeler applauded the end of what he called "an illegal occupation" in a lengthy Twitter post, saying the news came on the same day that the city council was to vote on whether to refer a major police reform initiative to voters in November.

"The federal occupation of our community has brought a new kind of fear to our streets. Federal agents nearly killed a demonstrator, and their presence has led to increased violence and vandalism in our downtown core," he said.

"The work of reform deserves our community's full and complete attention, and I know that Portlanders will stay engaged."

Before departing Wednesday for a trip to Texas, President Donald Trump insisted federal troops would not leave Portland until local authorities "secured their city."

"If the Federal Government and its brilliant Law Enforcement [Homeland] didn't go into Portland one week ago, there would be no Portland — It would be burned and beaten to the ground," Trump added in a tweet Wednesday afternoon, though the hostilities have largely been limited to an area of a few city blocks.

The announcement was an abrupt about-face from just two days earlier, when the U.S. government said it might send more federal agents to Portland instead.

The U.S. Marshals Service and Department of Homeland Security had been weighing this week whether to send in more agents. The marshals were taking steps to identify up to 100 additional personnel who could go in case they were needed to relieve or supplement the deputy marshals who work in Oregon, spokesperson Drew Wade said.

Brown, who worked with Vice-President Mike Pence on the withdrawal, cautioned Wednesday that the departure of the border protection and immigration agents may not immediately resolve the conflict at the courthouse. Protests have roiled Portland for more than two months since the death of George Floyd, a Black man who died after being pinned at the neck by a white Minneapolis police officer on May 25. 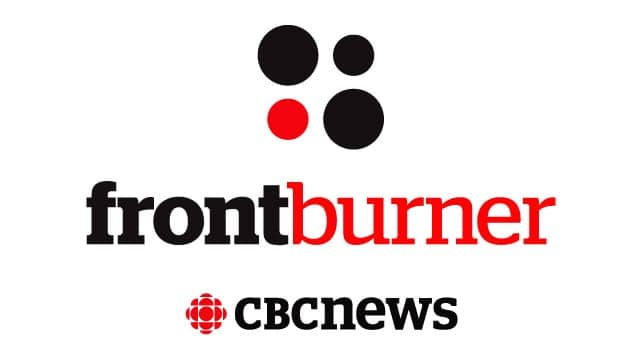 Front Burner22:29Inside 60 nights of protests in Portland
For more than 60 nights, protesters have gone out on the streets of Portland, Ore. to fight anti-Black racism and police violence. It seemed like things were calming down, but then U.S. President Donald Trump sent federal agents into the city. Today on Front Burner, we're joined by Tuck Woodstock, an independent journalist who has spent the majority of the last two months out at the protests. They tell us what it looks like on the ground, and how the violence has escalated since federal agents arrived. 22:29

Many protesters want to see the Portland Police Bureau defunded and are angry that officers used tear gas on protesters multiple times before the federal government arrived and tensions escalated further. Brown said the departure of the federal agents was a chance to address that anger and begin to make improvements in community policing.

"I will work with community leaders and elected officials to take bolder action to reform our police practices — including those of the Portland Police Bureau. We need to get this right," she said.

The nightly Portland protests often spiral into violence as demonstrators target the U.S. courthouse with rocks, fireworks and laser pointers. Federal agents respond with arrests, tear gas and so-called less-lethal ammunition, which sent at least one man to the hospital two weeks ago, while police have pointed to a number of officers being injured by projectiles.

Protesters have tried almost every night to tear down a fence erected to protect the building, set fires in the street and hurled fireworks, Molotov cocktails and bricks, rocks and bottles at the agents inside. Authorities this week reinforced the fence by putting concrete highway barriers around it.

Demonstrators near the courthouse on Wednesday were met before dawn with tear gas, pepper balls and impact munitions fired by agents, the Oregonian newspaper reported.