Harlem kids have some unusual questions for Pope Francis

Students at Our Lady Queen of Angels in Harlem will meet Pope Francis when he tours their school on his New York visit next week. They've got some interesting questions to ask the pontiff.

"Does the Pope have a cellphone?" among questions for Pope Francis 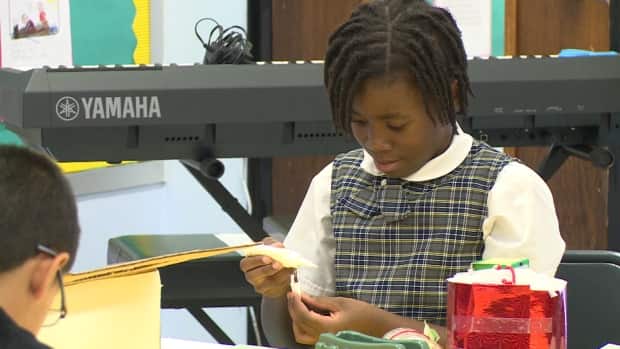 When you're the leader of more than a billion Catholics around the world, what kind of cellphone do you use? Do you even have one?

Those are just a couple of the questions Grade 3 and 4 students at Our Lady Queen of Angels Catholic School in Harlem have for Pope Francis.

The Pope will visit their school on Friday, Sept. 25, as part of his visit to New York City. Located in Harlem, the school held a lottery and a small group of students was selected to meet the pontiff.

"This is really random, I want to ask him if he has some kind of phone," said Grade 4 student Nicholas Marronaro. "I think since maybe has a lot of money, he probably uses most of his money for the poor and to help save the environment, so I think he has a little flip phone."

Fellow student Ngueubou Kamwa also wants to know if the Pope has a phone, but also what he does with it.

"If he ever took a selfie, or if he knows what that is," she said.

Students are also fascinated by a quirk in the Pope's history: that Francis had most of one lung removed. He had the operation as a teenager after suffering from an infection.

"I'm going to ask him how did he survive with one lung," Marronaro said "I think that shows a lot of bravery and courage."

Kids being kids, they also wonder if Francis has a sweet tooth. And his favourite flavour of ice cream is also a hot topic around the arts and crafts table

"Vanilla!" exclaims Allison Reyes Gonzalez when asked her thoughts on the matter. Why vanilla? "Because it's my favourite flavour and because he wears white like every single day."

Pope Francis will visit the U.S. from Sept. 23 - 27, and during his stop in New York will visit Ground Zero, address the General Assembly at the UN and say mass at Madison Square Garden.