Pope likens 'fake news' to serpent in Garden of Eden

Pope Francis is denouncing "fake news" as evil and urging journalists to make it their mission to search for the truth.

'None of us can feel exempted from the duty of countering these falsehoods,' Francis says

Pope Francis is denouncing "fake news" as evil and urging journalists to make it their mission to search for the truth.

After a week in which Francis faced unprecedented bad press during his South American tour, the Pope released his annual social communications message Wednesday and dedicated this year to "fake news and journalism for peace."

Francis writes that the first fake news dates from the biblical beginning of time, when Eve was tempted to take an apple from the Garden of Eden based on disinformation from the serpent.

"The strategy of this skilled 'Father of Lies' is precisely mimicry, that sly and dangerous form of seduction that worms its way into the heart with false and alluring arguments," Francis said of the snake.

In today's fast-paced information age, he called for a shared commitment to rediscovering the "dignity of journalism" and for reporters to speak the truth with a journalism that is "truthful and opposed to falsehoods, rhetorical slogans, and sensational headlines." 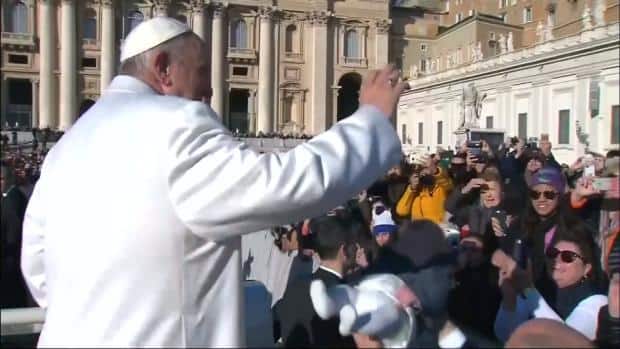 The message made no reference to how some public figures — most notably U.S. President Donald Trump — often label unflattering or critical reports "fake news" to try to discredit the information.

Francis has frequently railed about journalists, and before he became Pope, he was known for his frosty relations with the Argentine media. Just this week, while chatting with reporters aboard the papal plane, he admitted he hated giving interviews and joked: "And look at the job God gave me now."

'Sins of the media'

Since becoming Pope, Francis has learned to use the media to get his message across, but he still frequently complains about what he considers one-sided reporting and what he has dubbed the "sins of the media: disinformation, slander and defamation."

During his recent trip to Chile and Peru, Francis faced the worst protests of his five-year papacy, as well as the worst press. He went into the trip facing criticism for having appointed a bishop accused by victims of being complicit in covering-up for Chile's most notorious pedophile priest, and was then harshly criticized in the Chilean media for having accused those victims of "slander."

In his message, Francis gave an articulate explanation of "fake news" and why it is so effective and dangerous, saying it plays on stereotypes and prejudices, exploits anxieties and fears, and is spread via social media contacts who often all have the same point of view.

"The tragedy of disinformation is that it discredits others, presenting them as enemies, to the point of demonizing them and fomenting conflict," he said.

"None of us can feel exempted from the duty of countering these falsehoods," he said.

Francis said that doesn't mean reporting only sentimental, "saccharine" reports that ignore conflict or problems, but merely reporting what is "truthful and opposed to falsehoods, rhetorical slogans, and sensational headlines."