The Trump administration has struggled to come up with a unified response to the quickly progressing investigation. Democrats have warned that defying their demands will in itself be considered 'evidence of obstruction' and a potentially impeachable offence.

The Trump administration and House Democrats often disagree about what the law requires, leaving open the question of how Pompeo may interpret Democrats' demands for key information about Trump's handling of Ukraine.

Pompeo, speaking in Greece, said the State Department sent a letter to Congress on Friday night as its initial response to the document request and added, "We'll obviously do all the things that we're required to do by law." He has allowed Democrats to interview a series of witnesses next week.

The administration has struggled to come up with a unified response to the quickly progressing investigation. Democrats have warned that defying their demands will in itself be considered "evidence of obstruction" and a potentially impeachable offence.

Pompeo has become a key figure in the Democrats' investigation. He was on the line during the July phone call in which Trump pressed Ukrainian President Volodymyr Zelensky to investigate former vice-president Joe Biden and his son, Hunter — sparking a whistleblower complaint and now the impeachment inquiry.

Pompeo had initially tried to delay a handful of current and former officials from co-operating with the inquiry and accused Democrats trying to "bully" his staffers.

On Saturday, Pompeo did not back off his defence of Trump's call with Ukraine.

"There has been some suggestion somehow that it would be inappropriate for the United States government to engage in that activity and I see it just precisely the opposite," he said.

Trump has offered a series of contradictory statements when it comes to the Democrats' subpoena of White House records.

Asked Wednesday whether the White House intended to comply, Trump told reporters, "I always co-operate," even as he dismissed the inquiry as "a hoax." A day later, however, Trump had a different answer for the same question, saying he would instead leave the matter to his lawyers.

"That's up to them to decide," he said, "But the whole investigation is crumbling."

By Friday, however, Trump confirmed reports the White House was preparing a letter to House speaker Nancy Pelosi — the Democrat from California — arguing that Congress cannot undertake an impeachment investigation without first having a vote to authorize it. Pelosi has insisted the House is well within its rules to conduct oversight of the executive branch under the Constitution regardless. 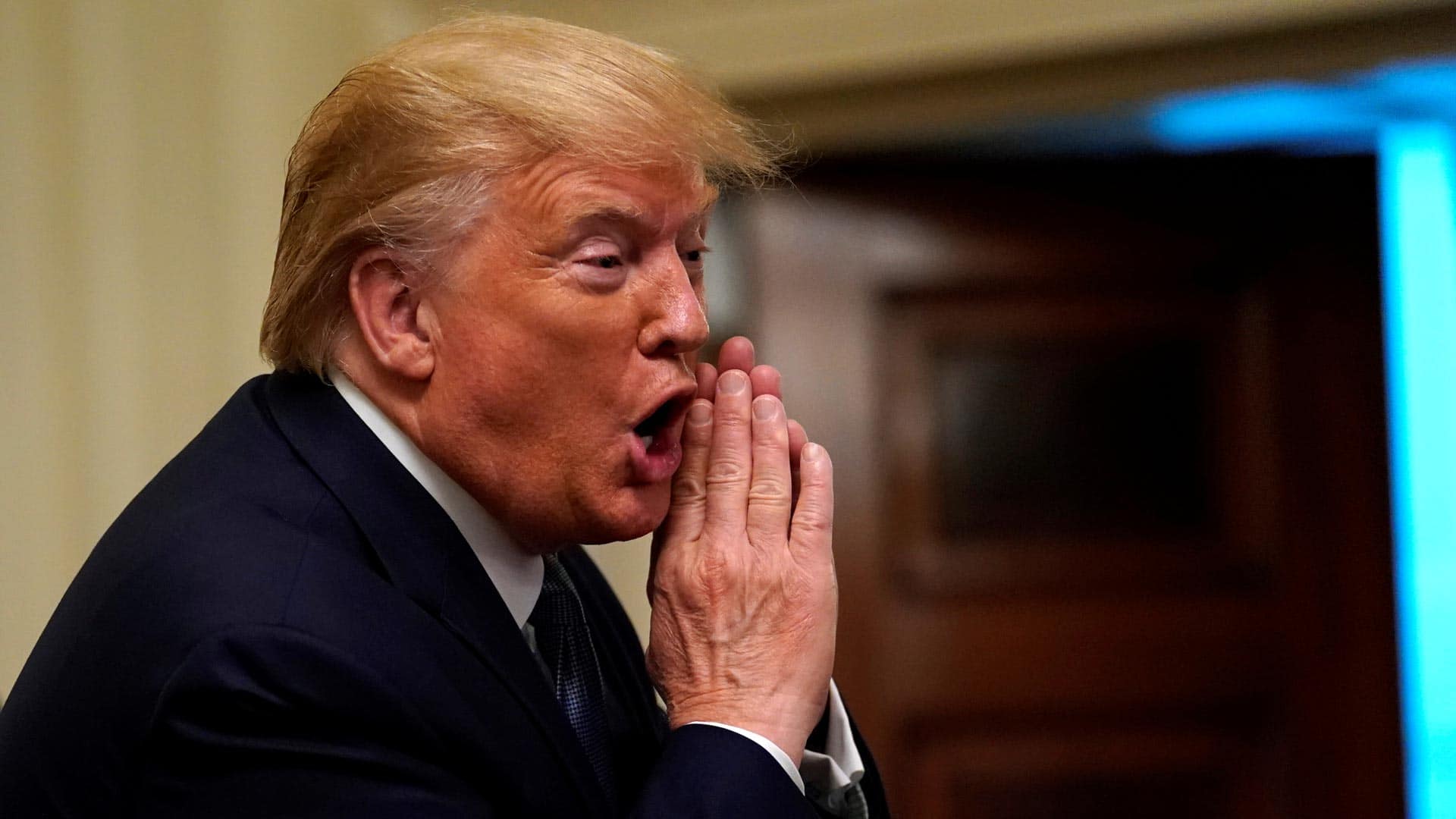 1 year ago
1:46
The impeachment inquiry into U.S. President Donald Trump intensified Friday with the subpoena of White House documents and growing criticism from some Republicans. 1:46

It was unclear Saturday when or if that letter would be sent.

Pompeo, meanwhile, made clear that the State Department had yet to turn over any document, but intended to follow a proper review. And he said he would do so faster than the Obama administration.

"I remember precisely once when I was on that side and we were looking for documents, I remember precisely how long it took for those documents to come across," he said in an apparent reference to his experience as a congressman during the investigation into the 2012 attack on the U.S. mission in Benghazi, Libya.

A congressional aide familiar with Pompeo's response confirmed that the State Department had indeed been in contact, even if Pompeo had failed to meet a Friday deadline to produce documents required by the subpoena.

Trump, meanwhile, continued to seethe on Saturday, denouncing the investigation as yet another "Witch Hunt!" and "a fraud against the American people!"

In a series of tweets Saturday, including several sent as his presidential motorcade ferried him back and forth to his Virginia golf course, Trump defended his conduct and lashed out at critics, including a past foil: Republican Sen. Mitt Romney of Utah.

"I'm hearing that the Great People of Utah are considering their vote for their Pompous Senator, Mitt Romney, to be a big mistake. I agree! He is a fool who is playing right into the hands of the Do Nothing Democrats!" Trump wrote. He ended his tweet with an extraordinary call to impeach a senator from his own party.

Yet Romney was joined Saturday in his criticism by a second Republican senator, Susan Collins of Maine, who said "it's not OK" for a president to encourage a foreign state to investigate a political rival.

Speaking after a firefighter memorial service in Maine, Collins said Trump made a "big mistake" when he piled on his outreach to Ukraine by publicly calling on China to investigate the Bidens.

Sen. Ben Sasse of Nebraska is the only other Republican senator to publicly criticize the president's comments that further fuelled an impeachment inquiry.

Lawmakers are focused on Trump's efforts to push Ukraine to investigate the Bidens. A whistleblower complaint said that Trump sought to use military assistance for Ukraine as leverage to push the newly elected Zelensky to launch an inquiry into Biden, who is currently running to be the Democratic presidential candidate and could potentially run against Trump in the 2020 election.

Trump supporters have accused Biden of leading a U.S. effort to remove a Ukraine prosecutor, Viktor Shokin, in a bid to end investigations at Burisma, an energy company in which his son held a board seat. But Ukraine officials have gone on record stating that any inquiries into potential corruption at Burisma were focused on the 2011-2012 period, two years before the younger Biden joined the board.

Late Thursday, House investigators released a cache of text messages that showed top U.S. diplomats encouraging Zelenskiy to conduct an investigation linked to Biden's family in return for granting a high-profile visit with Trump in Washington.

The release followed a 10-hour interview with one of the diplomats, Kurt Volker, who stepped down as special envoy to Ukraine after the impeachment inquiry had begun.

Gordon Sondland, the U.S. ambassador to the European Union, another key figure in the probe, will be interviewed Tuesday.