Pompeo calls for 'new alliance of democracies' to oppose China

The Trump administration took a hammer to one of the most significant Republican foreign policy achievements in the past five decades on Thursday, with Secretary of State Mike Pompeo declaring U.S. engagement with China a dismal failure. 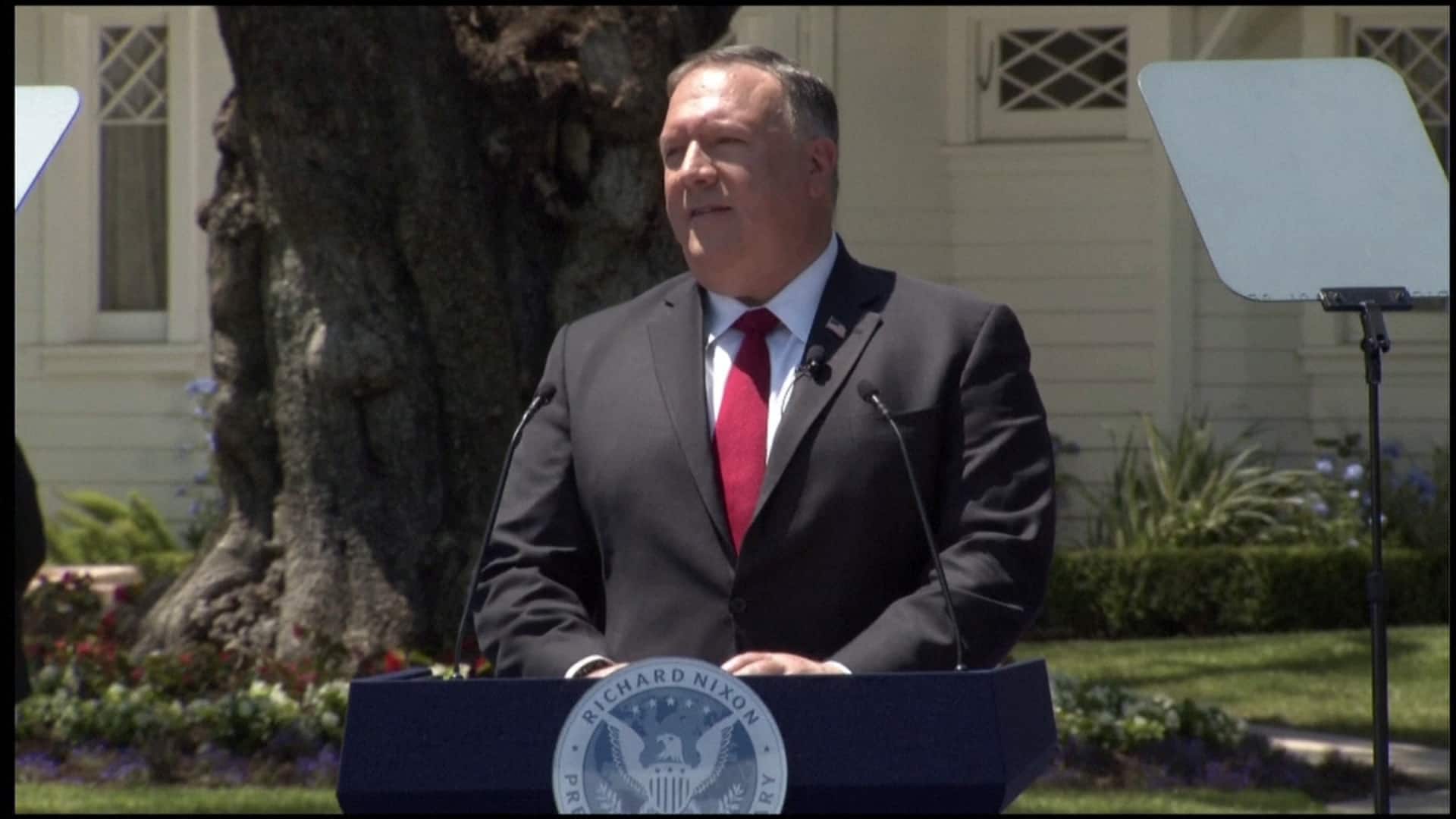 4 months agoVideo
1:04
U.S. secretary of state says Communist China must be pressed by other nations to change its ways in the 21st century. 1:04

The Trump administration took a hammer to one of the most significant Republican foreign policy achievements in the past five decades on Thursday, with Secretary of State Mike Pompeo declaring U.S. engagement with China a dismal failure.

As the administration sharpens its already harsh criticism of China with distinctly political overtones ahead of November's election, Pompeo travelled to the Richard Nixon Presidential Library in Yorba Linda, Calif., on Thursday to pointedly lament that the former president's good and noble intentions in opening China to the world had come to naught and must be abandoned.

Nearly 50 years after Nixon's historic 1972 trip to China, Pompeo used the symbolism of the venue to accuse the Chinese of taking advantage of that opportunity to lie, cheat and steal their way to power and prosperity. Pompeo called for the free world to "induce" change in China, making an overt appeal for a new coalition of democratic nations to force the Chinese Communist Party change direction or face isolation. Pompeo said western engagement with China could not continue as it has.

"The free world must triumph over this new tyranny," he said in speech to an invited audience that included exiled Chinese dissidents. "The old paradigm of blind engagement with China simply won't get it done. We must not continue it. We must not return to it."

Pompeo's speech was just the latest in series of Trump administration broadsides against China that have become an almost daily occurrence with cabinet-level officials from Pompeo, U.S. Defence Secretary Mark Esper and Attorney General Bill Barr launching harsh criticisms of Beijing. The three men have each delivered public addresses attacking China in recent weeks, as has FBI director Christopher Wray. 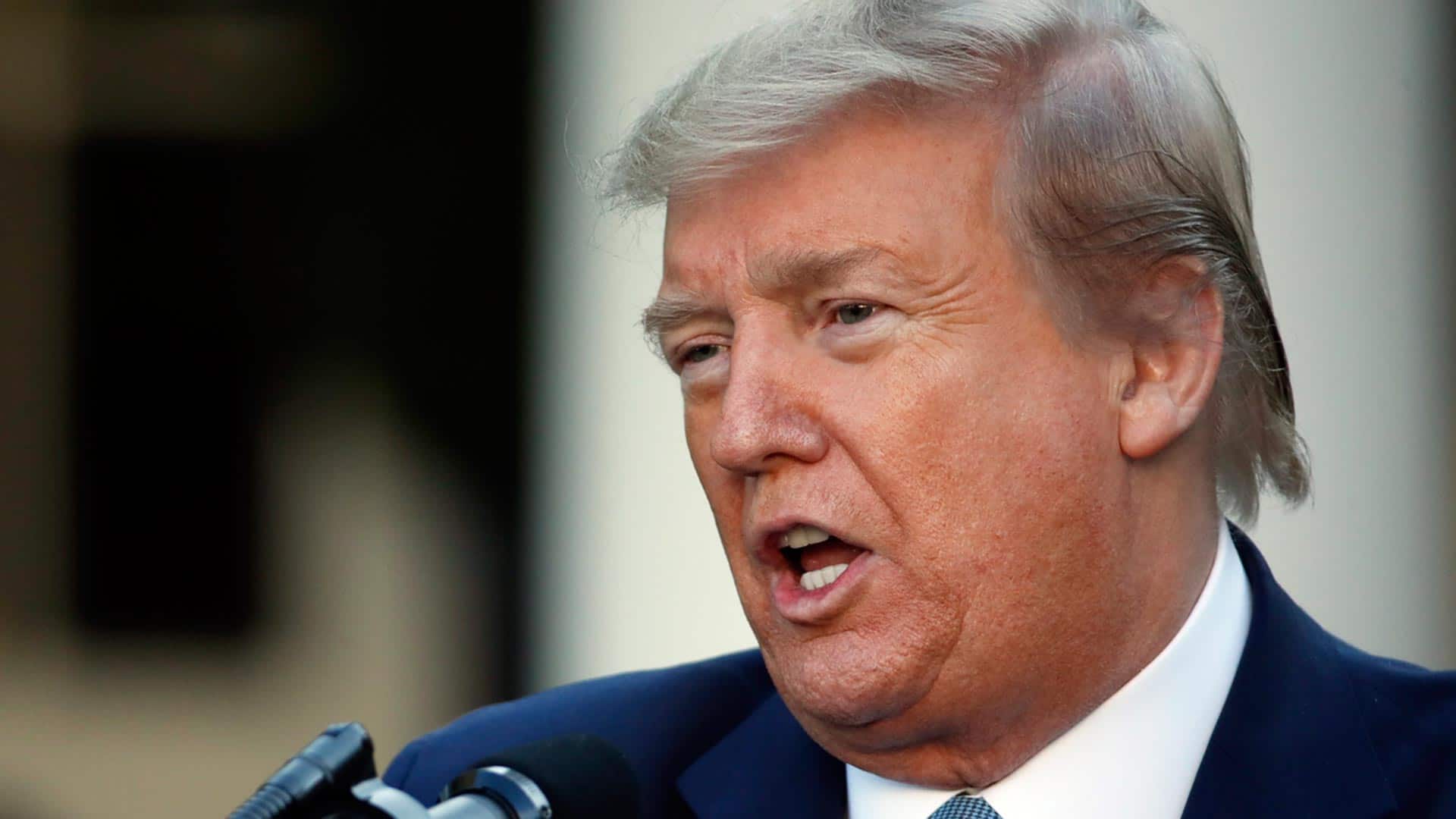 Trump signals bashing China will be part of re-election campaign

8 months agoVideo
4:50
Tensions with China seem likely to escalate in this U.S. election year, as President Donald Trump drops hints that bashing Beijing will be a central campaign theme. 4:50

Trump, who in the early days of the coronavirus pandemic, was playing up his "friendship" and positive relationship with Chinese President Xi Jinping in an apparent effort to preserve trade negotiations with the Chinese, now seems to have signed off on an all-out assault on China. This has come as his polling numbers decline over COVID-19 and he looks to paint his presumed challenger in November's election, former vice-president Joe Biden, as soft on China.

In his speech Pompeo called on nations to induce change in the Chinese Communist Party's behaviour "because Beijing's actions threaten our people and our prosperity."

China has roundly rejected the administration's accusations and taken particular aim at Pompeo, who it has accused of fomenting anti-Chinese sentiment around the world. China maintains that it is only seeking to develop its economy and society for the benefit of its own people and the world.

Calls for change in direction

"The kind of engagement we have been pursuing has not brought the kind of change in China that President Nixon hoped to induce," Pompeo said. "The truth is that our policies — and those of other free nations — resurrected China's failing economy, only to see Beijing bite the international hands that fed it."

Pompeo suggested the creation of a bloc, what he termed "a new grouping of like-minded nations — a new alliance of democracies," to oppose China, although he was not specific about which countries should join. He did not mention the "Community of Democracies" group that was co-founded by the U.S. and Poland during former president Bill Clinton's administration to promote global human rights and rule of law globally, which has been ignored since Trump became president.

China, meanwhile, has embarked on its own effort to build alliances with infrastructure and financial assistance packages to developing nations. It has established a bloc of nations that vote with it at various United Nations and other international institutions, some of which the Trump administration has withdrawn from.

The State Department has been curtailing visas for Chinese and Communist Party officials involved in Xinjiang, Tibet and Hong Kong, and limiting the number of Chinese students and journalists allowed to come to the United States. In addition, the Commerce and Treasury departments have both announced new sanctions against China. They have warned private U.S. and foreign firms of potential penalties and reputational risk if they start or continue business with Chinese entities implicated by the U.S. in human rights abuses or clamping down on freedoms in Hong Kong.

On Wednesday, the administration ordered China to close its consulate in Houston, citing intellectual property theft, inappropriate actions on behalf of Chinese students and researchers and behaviour inconsistent with legitimate diplomats by consular officials based in the Texas city. China has denounced the action as outrageous and has warned it would draw a firm response.