How Facebook Live could shift perceptions around police violence

Diamond Reynold's live stream after her boyfriend was shot by police has been viewed millions of times. Here's how that could help keep police accountable. 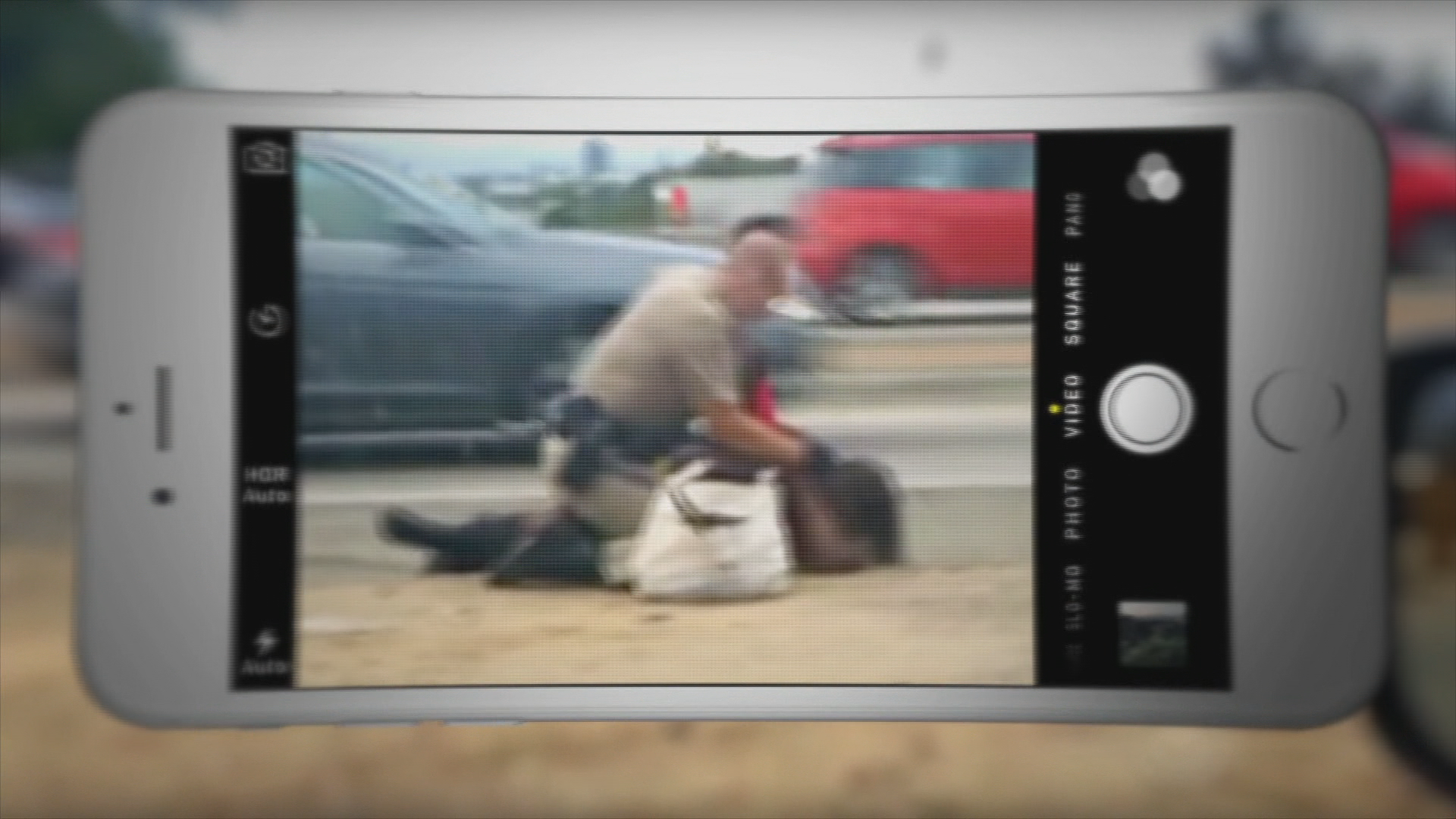 6 years ago
Duration 2:13
The filming and sharing of police shootings is changing the way the public sees evidence.

"I ask everybody watching, who's tuned in, to pray for us."

That was the impassioned plea of Diamond Reynolds as she live streamed the bloody aftermath of a police shooting that took the life of her boyfriend, Philando Castile, during what began as a routine traffic stop in suburban St. Paul, Minn.

The chilling 9½-minute video, broadcast on Facebook Live Wednesday night, bore witness to a disturbingly familiar scene: a black man killed by police violence under circumstances that were, at best, highly questionable.

By morning more than two million people had watched the recording on Reynolds's Facebook page. Millions more have viewed it since.

It was one more disturbing entry in the litany of videos documenting police violence against black men, but also something different altogether.

Reynolds's live stream on Facebook's vast network set the narrative and amplified it around the world before it could be spun by forces beyond her control.

"When it's live, there is no filter. It's now, it's out there," says Alfred Hermida, director of the UBC Graduate School of Journalism and author of Tell Everyone: Why We Share and Why It Matters.

"It has this very real emotional power," he adds, with the authenticity of something that hasn't been laundered through official channels, police unions or the media.

"The default perspective has always been from the authorities, from the police, but now we're seeing it from the other side, and a counter-narrative emerges," Hermida says. "It shifts the balance of power in terms of who tells the story and how public understanding is framed around it."

Reynolds's real-time broadcast was powerfully affecting — her composure as Castile bled, slowly dying, beside her; the agitated police officer with his gun still pointed; her appeals for help to those watching live; her four-year-old daughter's attempt to comfort her later as she wept handcuffed in a cruiser.

"I did it so the world knows that these police are not here to protect and serve us. They are here to assassinate us, they are here to kill us, because we are black."

6 years ago
Duration 9:50
Diamong Reynolds, Castile's girlfriend, livestreamed the moments after he was shot by police

Castile's death came during a deadly and racially charged week in the United States.

And on Thursday night, five police officers were fatally wounded in an ambush-style attack executed by a black gunman at protest march in Dallas. Part of a shootout between the gunman and police was also live streamed on Facebook by a witness.

Since the killing of 18-year-old Michael Brown at the hands of police in Ferguson, Mo., in the summer of 2014 and the controversy that surrounded opposing accounts of his death, smartphone cameras have become critical tools in the fight to keep law enforcement accountable.

"We've managed, in some instances, to catch police in lies," says Philip M. Stinson, an associate professor of criminology at Bowling Green State University in Ohio and a former police officer.

Perhaps most infamous was the killing of Walter Scott in North Charleston, S.C. Scott was shot in the back multiple times as he haphazardly fled from police officer Michael Slager. Police reports claimed Slager performed CPR on Scott after the shooting, but there's no evidence of that on the video.

Further, the recording seems to show Slager planting what may have been his Taser beside Scott's lifeless body. He later claimed Scott tried to take the Taser from him during a scuffle, though the video contradicts that account.

Slager was unaware he was being filmed. He faces trial for murder later this year.

"The number of prosecutions for police officers for killing on duty, especially for killing black people, is minuscule."

Of the nearly 1,000 police-involved shootings that resulted in a civilian death in the U.S. in 2015, for example, only 18 officers were criminally charged, according to statistics compiled by Stinson.

Deadly encounters between police and black men: What are the long-term consequences?

In the previous decade, a total of 47 officers countrywide faced charges for lethal shootings.

"We've made a judgment in this country that we're OK with police shooting people. There's no other way to look at this," says Robinson, adding that at the very least, amateur videos of police shootings "are making people confront issues of race and policing in America."

Watching, but not acting

But there also exists a danger that the propagation of these videos could further desensitize the public to continuing injustices perpetrated against the black community, not only in the U.S. but also in Canada, says Desmond Cole, a writer, journalist and activist based in Toronto. Activist talks with CBC's Natasha Fatah about violence in Dallas

6 years ago
Duration 7:16
Black men killed by law enforcement in the U.S. is not a uniquely American problem, says Desmond Cole

"That's why every time a black person loses their life at the hands of police, there is this immediate response of, 'Well what did they do, though? What did they say? Why were they out there? Why did they act like this?' There is immediate scrutiny of their innocence," he says.

He adds that black people don't need to see images of violence to understand it when they live it every day.

Video after video, rather than shocking people into any meaningful action, could reinforce the normality of violence against blacks. An empathetic response only comes from many outside of the black community when there's "a perfect victim," Cole argues.

"Do you know what people are doing with these videos? They're hoping that someone else is moved enough to act on their behalf," he continues. "They're seeing these horrific images and saying, 'Oh my God, something must be done.' But they're not doing anything."

Still, there is hope that Reynolds's strength in the pursuit of justice will be a step toward a world in which black families needn't worry if their loved ones will make it home on any given day, Robinson of the ALCU says.

"I hope that her courage is matched by the people who have the power to do something about this individual case and about these situations as a whole in America."