The current protests across the U.S. represent simmering anger over a perceived lack of accountability in recent years for police officers who have killed black people. Here's a look at some of the most high-profile cases of the past decade.

The protests that have erupted in cities across the United States in the last week are a visceral response to two recent police killings of black Americans: Breonna Taylor in Louisville, Ky., and George Floyd in Minneapolis, Minn.

But the demonstrations also represent simmering anger over similar high-profile cases in recent years, each with circumstances that had many people demanding police accountability that, in most cases, never came.

Here is a look at some of those cases.

Circumstances: Eric Garner was walking through a neighbourhood in Staten Island, N.Y., when two New York police officers confronted him. Police had had previous interactions with Garner, who was known for selling untaxed cigarettes on the street. This encounter quickly escalated, with multiple officers joining in to restrain Garner. During the struggle, officer Daniel Pantaleo put Garner in a chokehold. The hold, which is banned by the NYPD, is what ultimately killed him. A friend of Garner's captured what happened on his phone, and the video went viral. The footage immortalized Garner's dying words, "I can't breathe," which became a rallying cry for the Black Lives Matter movement.

Outcome: In December 2014, a Staten Island grand jury declined to indict Pantaleo on criminal charges. In July 2019, after years of investigating the case, the federal Department of Justice also declined to file charges. Pantaleo was fired from the NYPD in August 2019 but has since filed a lawsuit to try to get his job back.

Circumstances: Michael Brown, 18, and a friend were walking in the middle of a street in Ferguson, Mo., a suburb of St. Louis, when police officer Darren Wilson drove by and asked them to use the sidewalk. What transpired next is still unclear, but Brown and Wilson scuffled while the officer was still inside his cruiser. Shots were fired from inside the vehicle. Brown then ran off. He was hit with six bullets in all and died at the scene.

Outcome: Michael Brown's killing led to weeks of protests in Ferguson; at one point, Missouri Gov. Jay Nixon called in the National Guard. Protests re-ignited that November, when a grand jury in St. Louis County announced it would not indict Wilson. That same month, Wilson resigned from the Ferguson Police Department. In March 2015, the U.S. Department of Justice announced it would not prosecute Wilson but did release a report alleging racial bias in how police and the courts in the community treat black people. 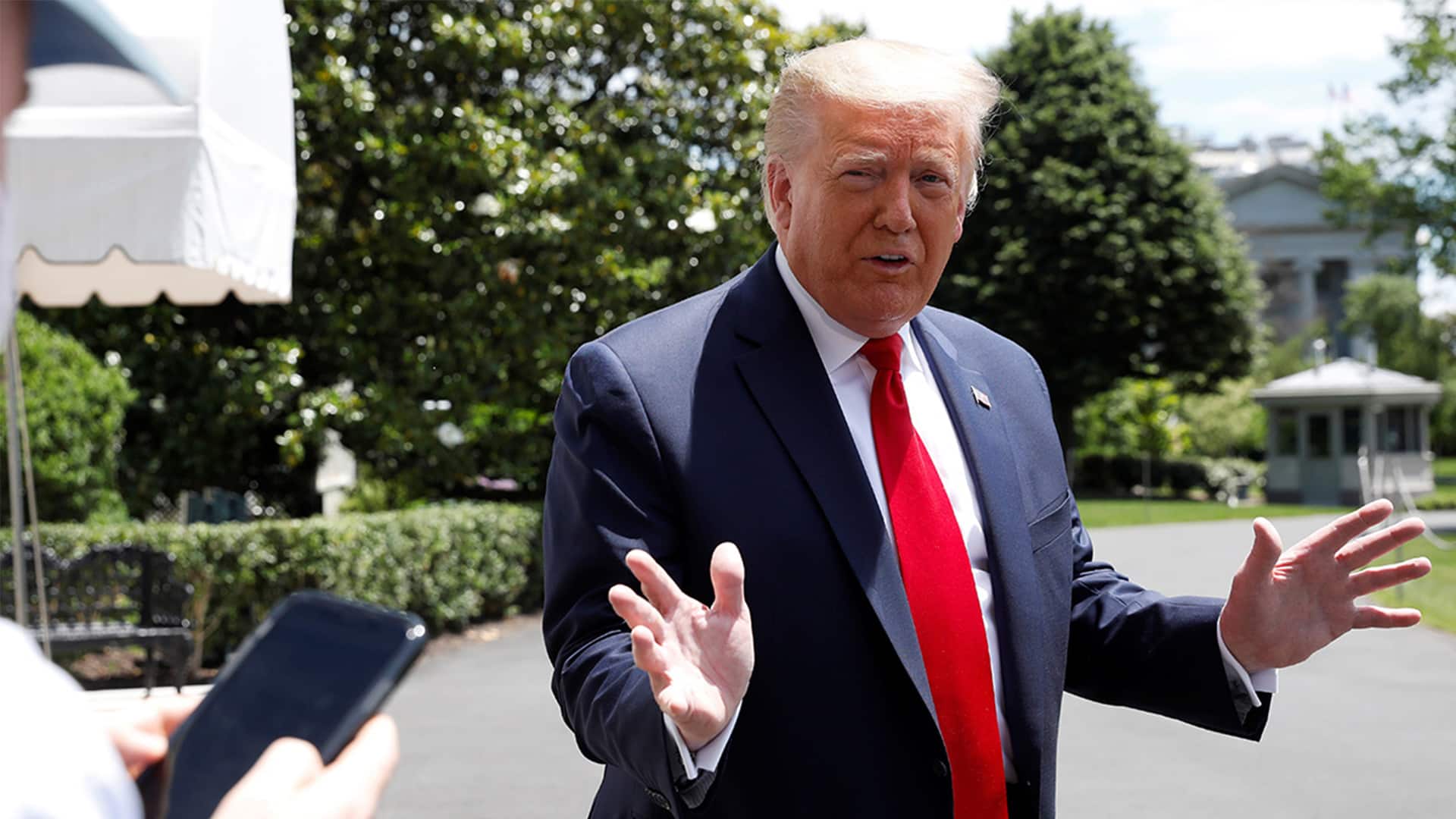 9 months ago
5:02
There is growing frustration about U.S. President Donald Trump’s response to escalating protests across the country and the death of George Floyd. 5:02

Circumstances: Chicago police officer Jason Van Dyke shot Laquan McDonald 16 times in the middle of a street around 10 p.m. Police said McDonald, who was 17, had been brandishing a knife and that the shooting was in self-defence. For more than a year, the city fought the release of dashcam footage of the event that could clarify the sequence of events. Thirteen months later, a judge permitted the public release of this footage, which shows that while McDonald was carrying a knife, he had been walking away from Van Dyke when the officer shot him 16 times in 15 seconds.

Outcome: In October 2018, Van Dyke was convicted of second-degree murder and 16 counts of aggravated battery with a firearm, and was eventually sentenced to six years and nine months in prison. A report released by Inspector General Joseph Ferguson in October 2019 described a coverup by 16 officers and supervisors, including Van Dyke. Among the allegations in the report were that officers made false statements to exaggerate the threat McDonald posed and that a former lieutenant destroyed notes from witness interviews.

Circumstances: Twelve-year-old Tamir Rice was playing in a Cleveland park when a police cruiser pulled up. Within two seconds of getting out of his squad car, officer Timothy Loehmann shot the boy. Loehmann and another officer, Frank Garmback, had arrived in response to a 911 call in which someone told dispatchers a "juvenile" was "pulling a gun in and out of his pants and pointing it at people." The caller also expressed doubt that the gun was real. It was, in fact, a toy pellet gun. Rice died in hospital the next day.

Outcome: In 2015, a grand jury in Cuyahoga County decided not to charge Loehmann in the killing, saying he had a legal right to use deadly force because he genuinely believed it was a real gun. In 2016, the city of Cleveland announced it would pay the Rice family $6 million US to settle a lawsuit over the shooting. In 2017, the Cleveland police department fired Loehmann, though not solely for the shooting — they said he had also provided "false information" on his job application.

Circumstances: Walter Scott was driving his vehicle in North Charleston, S.C., when a police officer, Michael Slager, pulled him over for a broken taillight. A bystander captured the ensuing events on cellphone video. While Slager was talking to Scott in a vacant lot, Scott started to run away. Slager fired eight shots and hit Scott five times, killing him.

Outcome: Slager was fired days after the shooting. A murder trial in 2016 ended with a deadlocked jury. In 2017, a judged sentenced Slager to 20 years in prison after he pleaded guilty to violating Scott's civil rights by using excessive force. The sentencing judge said Slager shot Scott with "malice and recklessness" and then gave false testimony to investigators.

Circumstances: On April 12, 2015, Baltimore police officers arrested 25-year-old Freddie Gray for possession of a "switchblade" and took him into a police transport van — in handcuffs and leg shackles but with no seatbelt — and drove away. Within 45 minutes, Gray was found in the van unconscious and not breathing. His spinal cord was almost severed. He went into a coma and died a week later. Video taken by a bystander during Gray's arrest shows him screaming in pain. Gray's death prompted widespread protests.

Outcome: On May 1, 2015, State's Attorney Marilyn Mosby announced criminal charges against six police officers. She also said the knife that Gray had been carrying at the time of his arrest "was not a switchblade and is lawful under Maryland law." Over the course of the next few years, however, the cases against the officers would end in either acquittals or dropped charges. In September 2017, the U.S. Department of Justice announced it would not file criminal civil rights charges against the six officers.

Circumstances: Twenty-four-year-old Jamar Clark was shot in the North Side area of Minneapolis around midnight on Nov. 15, 2015, after being confronted by two police officers. Clark died after being shot in the head by Officer Dustin Schwarze. There are conflicting reports about what happened. During the encounter, the other officer, Mark Ringgenberg, allegedly told Schwarze that Clark had reached for his service gun. Some witnesses, however, suggested Clark had been handcuffed.

Outcome: In June 2016, the U.S. Department of Justice declined to prosecute the officers, saying there was insufficient evidence for criminal civil rights charges. In October of that year, the Minneapolis Police Department ruled the officers did not violate department policies and would not be disciplined.

Circumstances: Surveillance video showed that on July 5, 2016, Alton Sterling was selling DVDs outside of a convenience store in Baton Rouge, La. As he was packing up his things, Sterling was confronted by a police officer named Howie Lake. Soon after, another officer, Blane Salamoni, arrived and almost immediately pulled out his gun. Cellphone video shot by a bystander captured Sterling asking the officers why he was being detained, and before long they tried to cuff him. In the ensuing scuffle, someone can be heard screaming "He's got a gun!" and Salamoni fatally shot Sterling.

Circumstances: Philando Castile, 32, was driving with his girlfriend, Diamond Reynolds, and her four-year-old daughter when their car was pulled over by police in a suburb of St. Paul, Minn. The police cruiser's dashcam captured the entire incident from behind. One officer, Jeronimo Yanez, came over to the driver's side to tell Castile his brake lights were out and asked for his driver's licence and insurance. The other officer stood a ways back. During their exchange, Castile informed Yanez that he was carrying a gun legally. Yanez appeared to panic as Castile reached for his wallet and the officer shot seven times, hitting Castile with five bullets. At this point, Reynolds started using her phone to broadcast on Facebook Live, where she narrated what had just unfolded. Castile died in hospital 20 minutes later.

Outcome: Yanez told investigators that in that moment, he feared Castile was reaching for his gun. After a two-week trial In 2017, a jury acquitted Yanez of one count of second-degree manslaughter and two counts of intentional discharge of a firearm that endangers safety.

WATCH | What will it take to end U.S. protests? 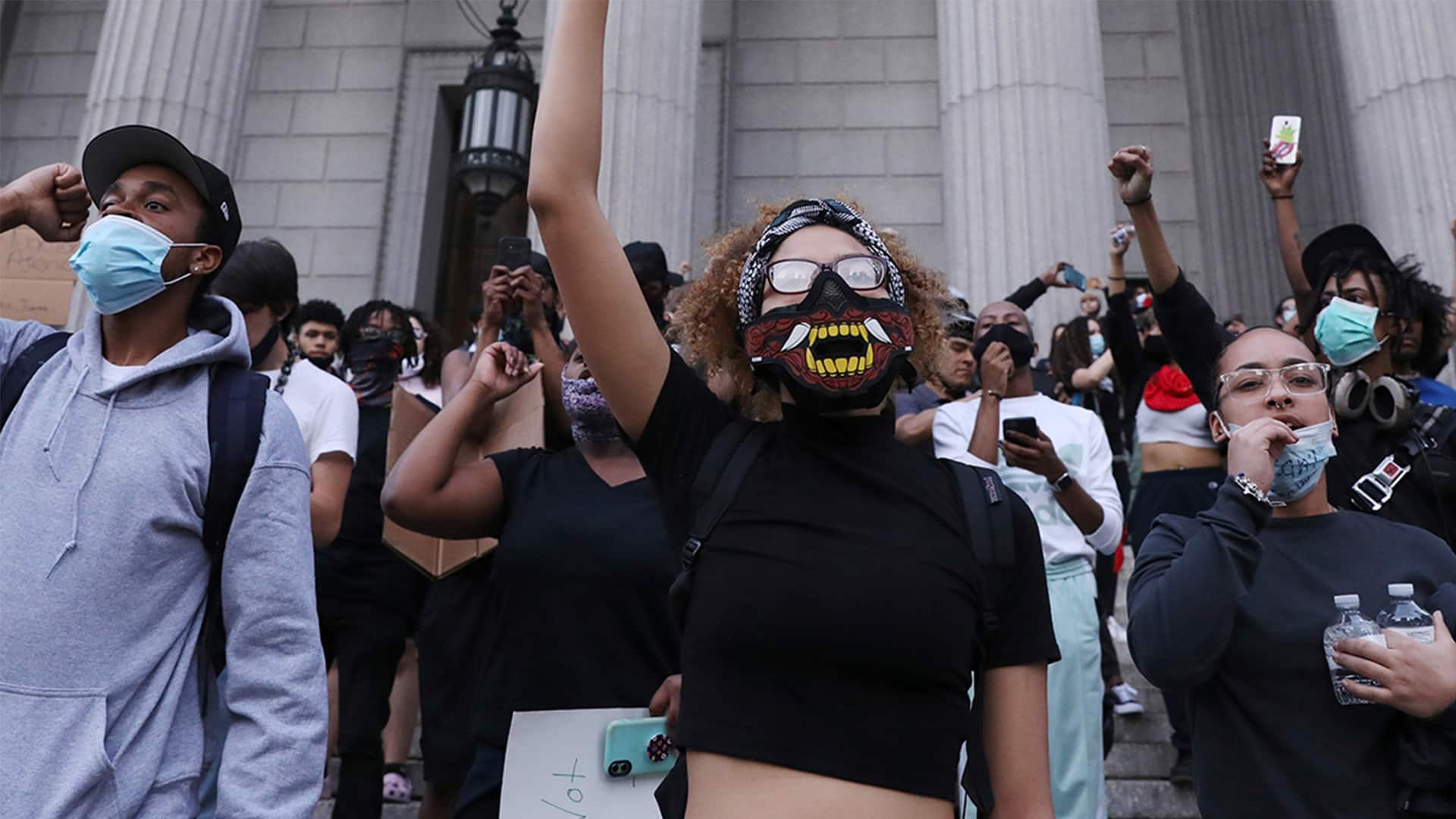 What will it take to end U.S. protests

9 months ago
2:04
Ian Hanomansing talks to Keith Mayes, a professor at the department of African American and African studies at the University of Minnesota, about race relations in the Minneapolis–St. Paul area and what it could take to stop the violent protests. 2:04

Circumstances: Police officers Terrence Mercadal and Jared Robinet were canvassing the Sacramento, Calif., neighbourhood of Meadowview for information about a man who had been breaking car windows when they came upon Stephon Clark standing on his grandmother's driveway. Bodycam footage from the two officers showed they chased him into the backyard. They ended up firing 20 rounds, later claiming Clark had pointed a gun at them. An investigation of the shooting showed all Clark had been carrying was a cellphone.

Outcome: In March 2019, the Sacramento district attorney's office announced it would not be filing charges against Mercadal and Robinet, saying their use of force had been justified.

Circumstances: On Sept. 6, 2018, Amber Guyger, an off-duty officer with the Dallas Police Department, walked into the apartment of Botham Jean and fatally shot him. Guyger, who lived in the same complex but one floor down, later insisted that she had been tired after a long shift and had accidentally gone into Jean's unit thinking it was hers — and then mistook him for a burglar.

Outcome: In October 2019, Guyger was found guilty of murder and sentenced to 10 years in prison.

Circumstances: Breonna Taylor was shot at least eight times after three officers entered her apartment in Louisville, Ky., to serve a search warrant in a drug investigation. The police department said the officers announced themselves and used their weapons after Taylor's boyfriend fired at them. But Taylor's mother said police didn't knock and that Taylor's boyfriend was a licensed gun owner who thought someone was breaking in.

Circumstances: George Floyd, a part-time bouncer in Minneapolis, was purchasing a pack of cigarettes at a grocery store when the clerk raised concern that the $20 US bill he was using was counterfeit. When Floyd refused to give up the cigarettes, the clerk called police. Not long after officers arrived to speak to Floyd, they put him in handcuffs. They seemed to struggle trying to put Floyd in the squad car. Cellphone footage captured when one of the officers, Derek Chauvin, kept his knee on Floyd's neck while on top of him on the ground for nearly nine minutes, while three other officers stood by. Floyd, who repeatedly said he couldn't breathe, became unresponsive and was pronounced dead in hospital an hour later.

Outcome: Floyd's death led to huge demonstrations in Minneapolis, which included the burning of a police precinct. The four officers were fired and Chauvin was charged with third-degree murder and manslaughter. It was later revealed that in his 18-year career with the Minneapolis Police Department, Chauvin had been the subject of 17 complaints.