Police 'not in the business of hiring assassins,' spokesperson says

Philippine President Rodrigo Duterte's office rejected allegations on Thursday by two senior police officers in a Reuters report that police received cash rewards for executing drug suspects, while the most high-profile critic of the president backed the officers' claims.

"There is no truth in the allegation that there is a co-ordinated effort to kill drug suspects," the president's office said Thursday in a written reply to questions from Reuters. "The so-called officers interviewed must be living movie scenes."

Leila de Lima, who was arrested in February on drug charges after leading a Senate probe into Duterte's drug war, said that the allegations by the two officers had revealed "the ugly and disturbing truth of what has become" of the Philippines police. De Lima, who says she is the target of a vendetta, made the comments in a handwritten note from detention inside national police headquarters.

In a Reuters report published on Tuesday, the two officers, who spoke on condition of anonymity, said Philippine National Police (PNP) officers carried out most of the killings they have long blamed on vigilantes.

"Our reporting was fair and accurate and we stand by it," said a Reuters spokesperson.

One of the men, a retired intelligence officer, authored an unpublished 26-page report that provides granular detail on the alleged methods deployed in the drug war, as well as the campaign's masterminds and perpetrators. The report, which said it is based on the accounts of 17 serving and former officers, does not contain any documentary evidence.

The president's office, which said there was "no such report," added that the police were "not in the business of hiring assassins." It also called on the two officers to make their complaints publicly and under oath.

On Wednesday, a Philippine senator called for a probe into the allegations, while a police spokesman challenged the claims but said they would be investigated.

Senator Sherwin Gatchalian said in a statement that the PNP should take "drastic measures" to verify the allegations made by the two police officers, and punish those who have "broken their vow to protect the Filipino people."

Gatchalian said the integrity of the police was "at stake," and called on PNP chief Ronald dela Rosa to "unmask the truth." 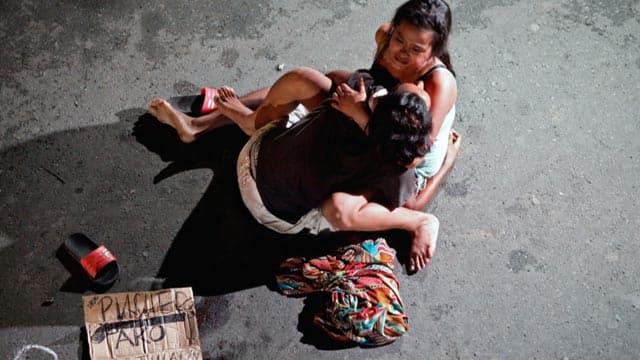 Horror of the Philippines' drug war

4 years agoVideo
17:44
Since President Rodrigo Duterte launched a war on drugs last summer, violence has spiralled with more than 7,000 murders, most of them unsolved 17:44

PNP spokesperson Dionardo Carlos said he encouraged the two police officers interviewed by Reuters to come forward and publicly air their allegations. He said claims that cash rewards were being paid for killing drug suspects were implausible, because police would not have that kind of money at their disposal and such acts would be unlawful.

Close to 9,000 people, mostly drug users and small-time dealers, have been killed since Duterte took office almost 10 months ago and promised an unrelenting campaign to rid the Philippines of illicit narcotics.

Police say about a third of the victims were shot by officers in self-defence during anti-drug operations. Human rights groups believe many of the remaining two thirds were killed by paid assassins co-operating with the police or by police themselves, disguised as vigilantes. The government and police reject that.

The two officers said that most of the drug-war killings are orchestrated by the police, including those they say are carried out by vigilantes. Reuters was unable to independently verify if the police are behind vigilante killings.

One of the officers, an active-duty police commander, also said that officers plant drugs and guns at the scene of deadly narcotics busts.

Senator Panfilo Lacson, a former national police chief, said Wednesday in a text message to GMA news, one of the leading media organizations in the Philippines, that unless Reuters identified the two police officers and they could provide "convincing proof of their allegations," he would dismiss the report as "gossip."

The report also asserts that Duterte, who released Communist rebels from prison to restart peace talks, has close ties to leftist forces. In response, the president's office said that the Communist insurgency in the country was "rooted in poverty, inequality and economic exclusion," and that Duterte "is open to dialogue with groups of different political persuasions and ideologies, including the Left."