The Oregon nature preserve being occupied by an armed anti-government group was surrounded by law-enforcement agents Wednesday, a day after one of the occupiers was killed by officers during a traffic stop and eight others, including group leader Ammon Bundy, were arrested. 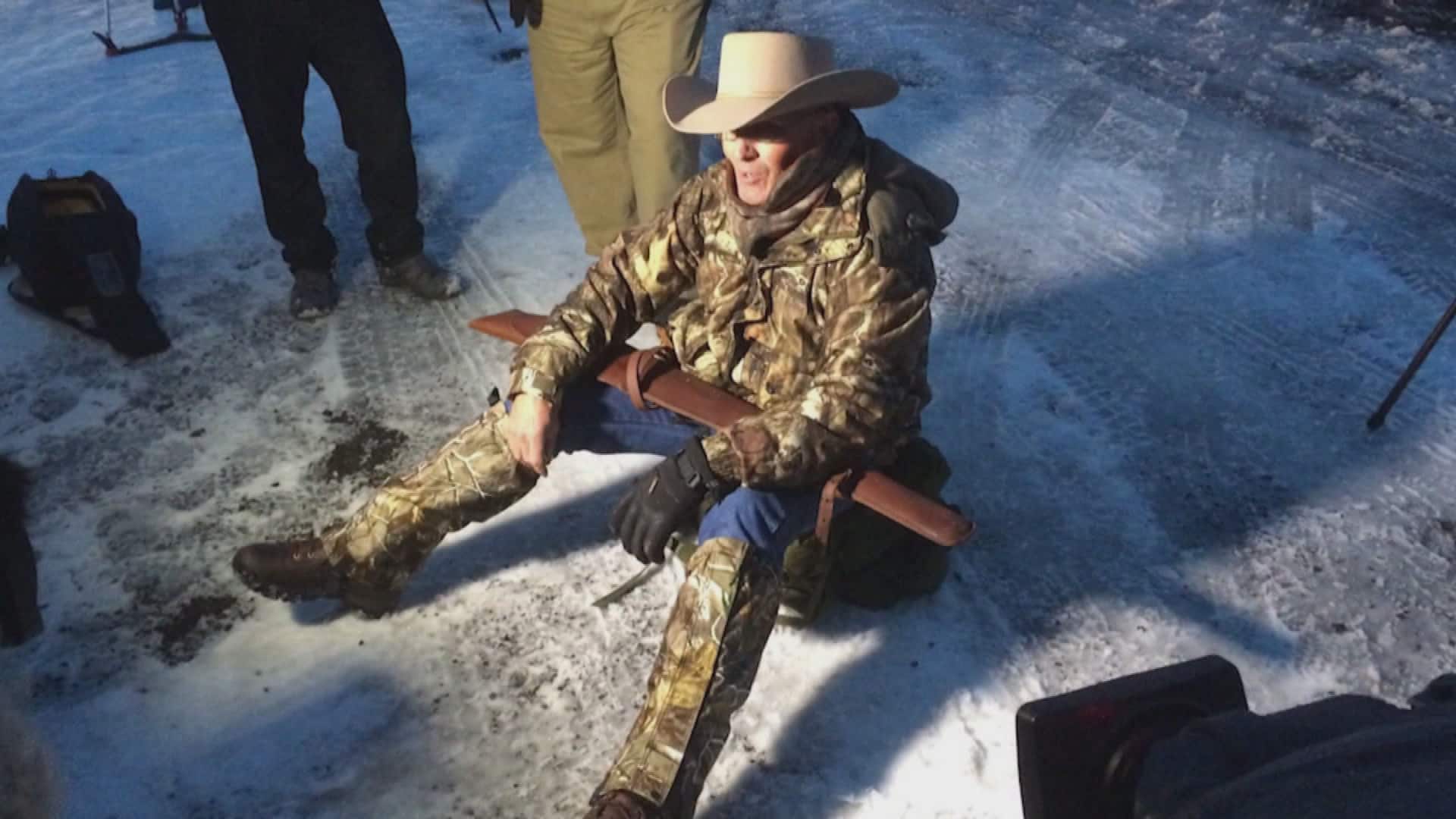 The Oregon nature preserve being occupied by an armed anti-government group was surrounded by law-enforcement agents Wednesday, a day after one of the occupiers was killed by officers during a traffic stop and eight others, including group leader Ammon Bundy, were arrested.

The confrontation came amid increasing calls for authorities to take action against Bundy for the illegal occupation of the Malheur National Wildlife Refuge, which was seized by the group on Jan. 2 in a bid to force the government to turn federal lands over to local officials.

"Multiple law enforcement agencies put a lot of work putting together the best tactical plan they could to take these guys down peacefully," Ward said at a news conference Wednesday.

The death didn't have to happen, he said.

Details of the fatal encounter were sparse. It occurred as Bundy and his followers were heading to a community meeting late Tuesday afternoon in the town of John Day, about 110 kilometres north of Burns, Ore.

Greg Bretzing, special agent in charge for the FBI in Oregon, wouldn't release specifics about the death, saying only that the man died as authorities tried to take him into custody.

Arianna Finicum Brown confirmed that her father, Arizona rancher Robert "LaVoy" Finicum, was the man killed, the Oregonian reported. The 55-year-old was a frequent and public presence at the refuge, often speaking for the group at news conferences.

It was unclear what led to the shooting, or if Finicum or any of the other ranchers exchanged gunfire with officers. Authorities would not say how many shots were fired.

The FBI and Oregon State Police would say only that the dead man was wanted by federal authorities. They said no more specifics would be released pending formal identification by the medical examiner.

Bretzing said authorities took a deliberate and measured response to the occupiers and tried to conduct the traffic stop safely and away from local residents.

The armed activists were given ample opportunity to leave the refuge peacefully and have their grievances heard through legal means, he said.

"They chose, instead, to threaten the very America they profess to love, with violence, intimidation and criminal acts," Bretzing said.

He and the sheriff urged the remaining group members to leave.

"This has been tearing our community apart. It's time for everybody in this illegal occupation to move on," Ward said. "There doesn't have to be bloodshed in our community."

Jason Patrick, one of the leaders of the occupation, told Oregon Public Broadcasting that five or six group members remained inside the refuge.

For weeks, law-enforcement vehicles have been noticeably absent from the roads around the refuge. On Wednesday, however, marked law-enforcement cars were parked throughout the region. The FBI and state police said they were setting up checkpoints and only allowing ranchers who own property in specific areas to pass.

"If the people on the refuge want to leave, they are free to do so through the checkpoints, where they will be identified," Bretzing said.

About 21 kilometres from the refuge headquarters, a sign warned drivers to turn around because a roadblock is ahead. Reporters and others who approached the vehicles blocking the road were met by FBI agents wearing camouflage body armour and helmets and carrying assault rifles. A spike strip, designed to puncture tires, was laid across the pavement just beyond the roadblock.

Police and news media have converged on the town of Burns, where most hotels are booked to capacity.

Brand Thornton, one of Bundy's supporters, said he left the refuge Monday and was not sure what those remaining would do.

"The entire leadership is gone," he told The Associated Press in a telephone interview. "I wouldn't blame any of them for leaving."

Thornton called the arrests "a dirty trick" by law enforcement.

Each will face a federal felony charge of conspiracy to impede officers of the United States from discharging their official duties through the use of force, intimidation or threats, authorities said.

Many residents of Harney County, where the refuge is located, have been among those demanding that Bundy leave. Many sympathize with his criticism of federal land management policies but opposed the refuge takeover.

"I am pleased that the FBI has listened to the concerns of the local community and responded to the illegal activity occurring in Harney County by outside extremists," Oregon Sen. Jeff Merkley said in a statement.

The Bundys are the sons of Nevada rancher Cliven Bundy, who was involved in a high-profile 2014 standoff with the government over grazing rights.

The group, which has included people from as far away as Michigan, calls itself Citizens for Constitutional Freedom. It came to the frozen high desert of eastern Oregon to decry what it calls onerous federal land restrictions and to object to the prison sentences of two local ranchers convicted of setting fires. 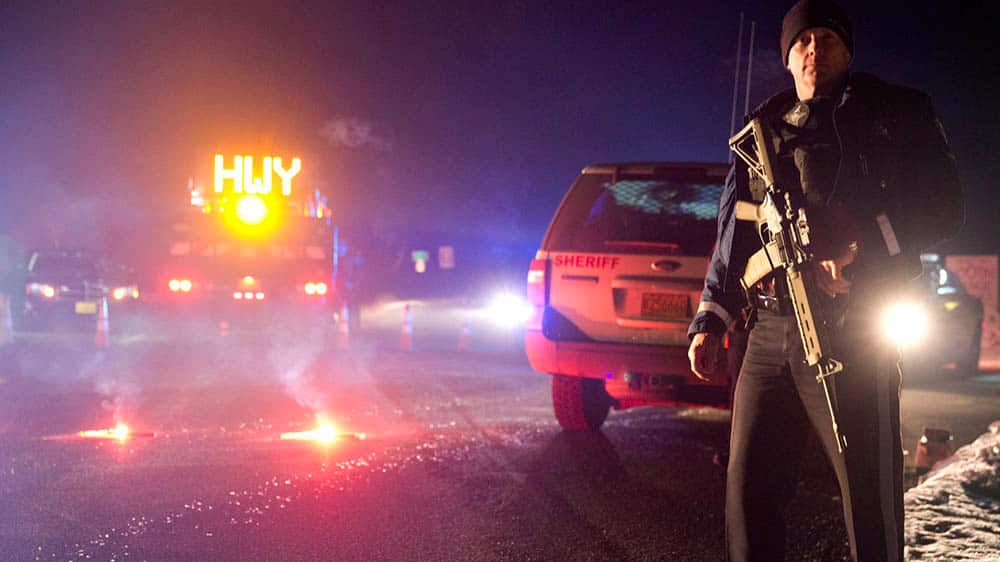 5 years agoVideo
1:15
Leader of armed occupation at U.S. federal wildlife refuge is arrested, another person dies in shootout with police 1:15