Canada is calling for Oleg Sentsov to be pardoned, as Russia's most prominent political prisoner passes a difficult milestone in his hunger strike, writes Chris Brown.

It's 100 days and counting for Oleg Sentsov, held in a Siberian prison

Russia's state media was silent this week as the 100th day of Oleg Sentsov's hunger strike in a Russian Arctic penal colony came and went.

The fate of Sentsov, arguably Russia's most prominent political prisoner, has turned into a test of wills between him and Russian President Vladimir Putin, who so far has stared down intense international pressure — including from Canada — to pardon him.

A Ukrainian filmmaker originally from Crimea, Sentsov has emerged as a strident — Russia claims violent — opponent of Putin's takeover of the Black Sea peninsula from Ukraine in 2014. In 2015, Sentsov was convicted of plotting acts of terror against Russian rule there, and has been serving a 20-year prison sentence ever since.

In May, Sentsov began a hunger strike and called for the release of 70 like-minded Ukrainian political prisoners being held in Russian jails. One of Sentsov's most vocal supporters, his cousin Natalya Kaplan from Kyiv, said he looked emaciated when she visited him last month.

"He lost a lot of weight and he looked much older. He looked absolutely bad," Kaplan told CBC. "I am scared to think how he looks now."

"It tells me that the Kremlin is not ready to back down and not ready to release Oleg," Kaplan said. "This would have been a great opportunity to release him and not lose anything, and show that [Putin] is a humane person and not the monster that most of the rest of the world thinks he is."

But Russian authorities are of a different mind about Sentsov. They question whether he is, indeed, dying.

Sentsov was living in Crimea in 2014 when Russian soldiers seized strategic positions around the peninsula and quickly held what most of the world saw as an illegal referendum on annexation.

He was arrested a few months later and charged with forming a terrorist cell to fight Russian rule. During the trial that led to Sentsov's conviction, the judge heard evidence from two alleged accomplices that Sentsov was involved in a plot to buy weapons and bomb a statue near a Simferopol train station.

Groups such as Human Rights Watch claim the whole event was a show trial staged by Russian authorities who used torture to extract fake confessions from Sentsov's alleged accomplices.

In a report to the United Nations, Human Rights Watch claims one witness was "suffocated with a gas mask, stripped naked, and threatened with rape" to force him to testify.

Russia insists Sentsov's conviction was legal, and Putin has shown zero interest in granting clemency to someone who has so visibly challenged Russia's right to rule in Crimea.

Sentsov's friends and family believe the Russian president is prepared to let him die to make a point rather than be seen to concede ground on any issue involving Crimea, one of Putin's signature accomplishments as president.

Canada is one of several countries that has publicly expressed concern about Sentsov.

"Canada is very concerned about his condition," tweeted the foreign minister, Chrystia Freeland, who's been a longstanding critic of Russia's imprisonment of Sentsov. "We call on Russia to free him."

Within minutes of Freeland's tweet Tuesday, the Russian embassy fired back with its own social media salvo, suggesting the calls to #freesentsov amount to "blatant interference" in Russian domestic affairs and that Canada's government should essentially butt out.

In fact, Russia disputes the notion that Sentsov is near death, or really even that sick.

In a statement, Russia's embassy in Ottawa has referred to notes from June 8 in which Sentsov agreed to consume a "nutritive mix and vitamins" five times a day, and that in spite of not eating solid food, he has lost only 21 pounds since the start of his "hunger strike."

The extremely remote location of Sentsov's prison — it's in northwestern Siberia, above the Arctic Circle — has made it difficult for him to receive visitors who can provide an independent assessment.

But one of the few people who has seen him recently corroborates at least some of what Russian authorities are saying.

Moscow-based human rights activist Zoya Svetova met with Sentsov on Aug. 14, and confirms that he is receiving basic nutrition from the supplements. While his condition could take a turn for the worse at any moment, Svetova said he is still able to read, walk and answer emails.

"His head is clear, he understands everything, he's mentally strong and he thinks he will succeed [in freeing other Ukrainian prisoners]," Svetova told CBC.

All of this appears to suggest that Sentsov is strong enough to keep his standoff with Vladimir Putin going for a while longer.

WATCH | Family and supporters of Oleg Sentsov call for his release on the 100th day of his hunger strike: 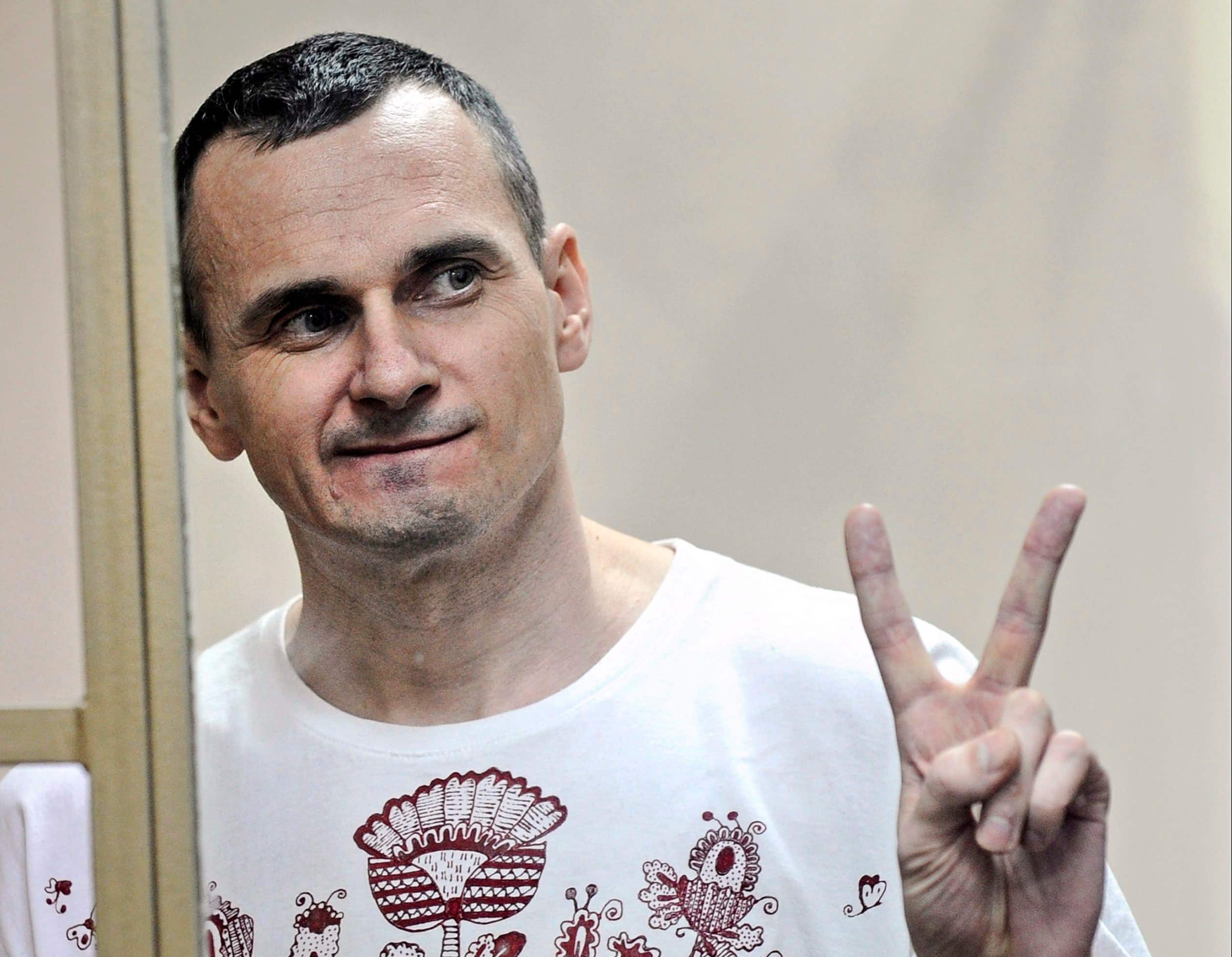 2 years agoVideo
2:14
Oleg Sentsov, Russia's most prominent political prisoner, passed a difficult milestone this week: the 100th day of the hunger strike he's been holding to oppose his imprisonment. 2:14