Former U.S. president Barack Obama harshly criticized President Donald Trump's handling of the coronavirus pandemic as an "absolute chaotic disaster" during a conversation with ex-members of his administration, according to a recording obtained by Yahoo News.

Former U.S. president Barack Obama harshly criticized President Donald Trump's handling of the coronavirus pandemic as an "absolute chaotic disaster" during a conversation with ex-members of his administration, according to a recording obtained by Yahoo News.

Obama also reacted to the Justice Department dropping its criminal case against Trump's first national security adviser, Michael Flynn, saying he worried that the "basic understanding of rule of law is at risk."

More than 78,600 people with COVID-19 have died in the United States and more than 1.3 million people have tested positive, according to the latest estimates from the Center for Systems Science and Engineering at Johns Hopkins University.

Obama's comments came during a Friday call with 3,000 members of the Obama Alumni Association, people who served in his administration. Obama urged his supporters to back his former vice-president, Joe Biden, who is trying to unseat Trump in the Nov. 3 election.

"What we're fighting against is these long-term trends in which being selfish, being tribal, being divided and seeing others as an enemy — that has become a stronger impulse in American life. And by the way, we're seeing that internationally as well. It's part of the reason why the response to this global crisis has been so anemic and spotty," Obama said, according to Yahoo News.

Trump has consistently defended and boasted of his response to the virus, saying that travel restrictions from China and Europe as well as physical distancing guidelines have prevented far greater damage. "I think we saved millions of lives," he said earlier this week. 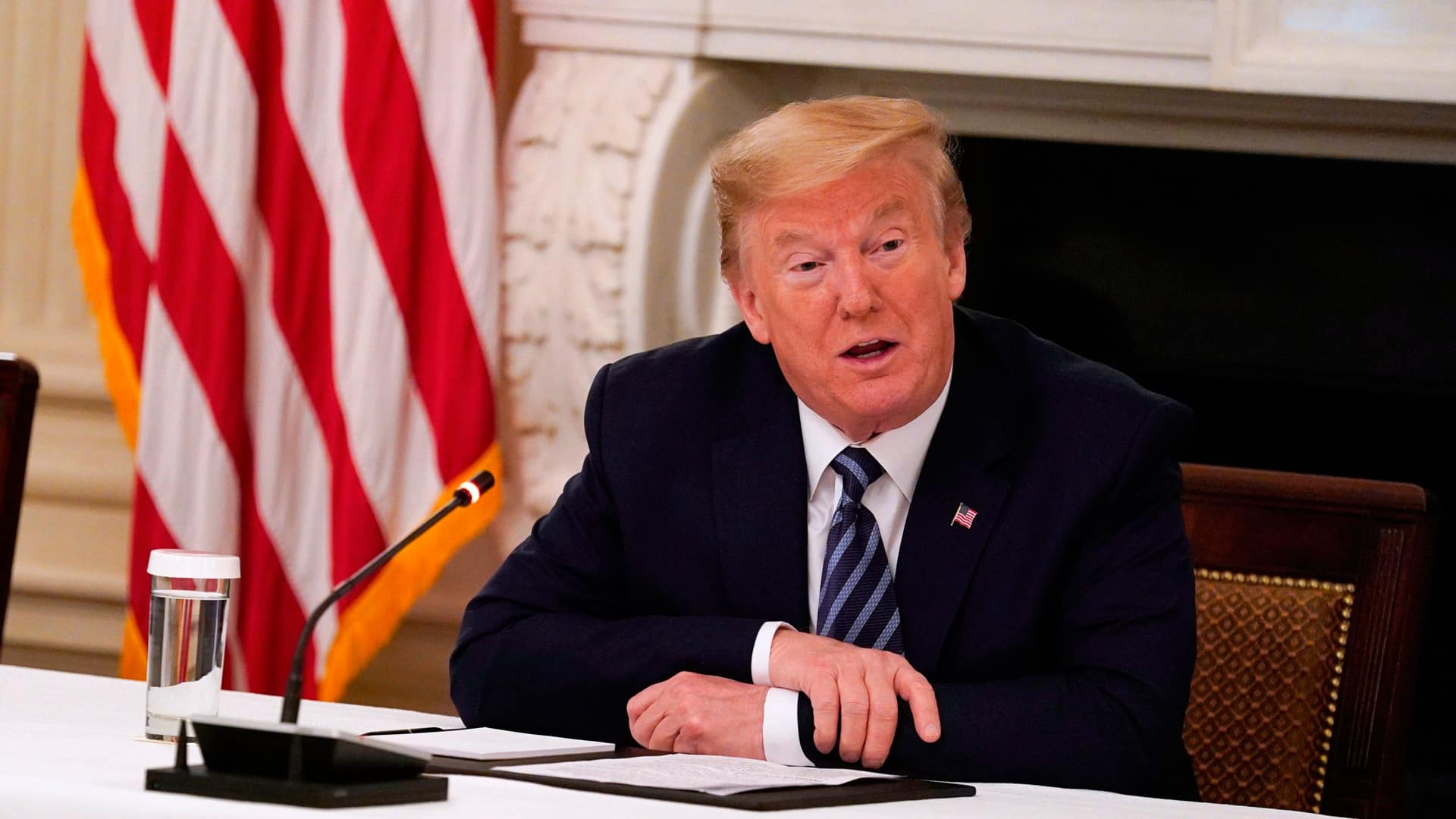 6 months ago
6:38
U.S. President Donald Trump has been eager to reopen the economy, despite a continued rise in COVID-19 infections and dire projections of deaths. Saving the economy from total devastation could help Trump in the polls this November. 6:38

Trump has criticized the Obama administration in relation to his own administration's response to the outbreak. Yet Trump's contention that his administration inherited "a broken system and a broken test" from Obama's is false; the novel coronavirus did not exist until late last year. In fact, the Centers for Disease Control and Prevention struggled to develop its own test in January and then discovered problems in its kits in February.

White House press secretary Kayleigh McEnany did not mention Obama directly in her response to his remarks.

"President Trump's coronavirus response has been unprecedented and saved American lives," she said. "While Democrats were pursuing a sham witch hunt against President Trump, President Trump was shutting down travel from China."

"While Democrats encouraged mass gatherings, President Trump was deploying PPE, ventilators and testing across the country."

Obama has generally kept a low profile on current political events, even when Trump would disparage him or his administration on Twitter. But Friday's call indicates that he'll be playing an active role in the coming election. He told supporters that he would be "spending as much time as necessary and campaigning as hard as I can for Joe Biden."