President Barack Obama looked to the upcoming U.S. election and some of our odd northern behaviour to provide some light-hearted moments at Thursday's state dinner.

U.S. president tells crowd he was 'going to bring a two-four' to state dinner honouring PM

The difference between politics and comedy is often murky. And the election cycles that reintroduced the phrase "Prime Minister Trudeau" to the world, and which will soon mothball "President Obama," have been no exception.

So when the latter stood up at the White House on Thursday to toast Justin Trudeau, his family and U.S.-Canada relations in general, it came as scant surprise that his speech writers had looked to the election for some more light-hearted material — while also leaving room for a few cracks about odd behaviour north of the border.

Touching on a point that came up during Trudeau's recent 60 Minutes interview, Obama broke the ice during his opening remarks with a dig at the prime minister's varied — critics say "aimless," admirers prefer "multidisciplinary" — job experience before politics.

"We intend to have fun tonight. But not too much," Obama told the crowd. "If things get out of hand, remember that the prime minister used to work as a bouncer." 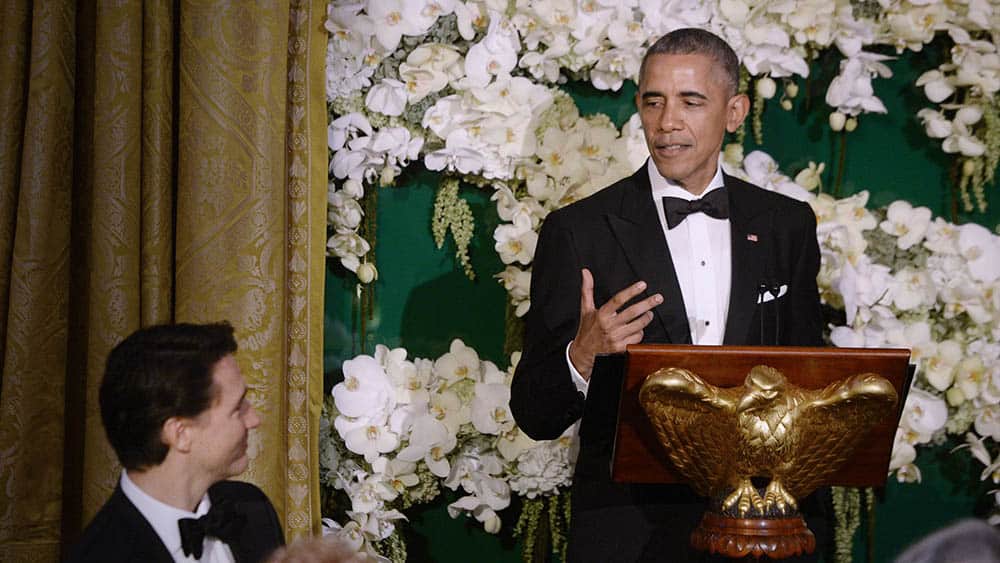 Obama: 'The prime minister used to be a bouncer'

Perhaps for good reason, noted Canadian export and cautionary example Justin Bieber was not among the guests at the White House, or at the other events this week around Washington. (Though entertainers such as The Weeknd and CBC's Mark Critch were.)

But Biebs got an indirect nod from Obama when he suggested our media-darling-in-chief is now "the most popular Canadian named Justin."

"Leave it to a Canadian," Trudeau added later, "to reach international fame with a song called 'Sorry.'"

'I had to draw the line'

Mercifully, neither speech attempted a joke about "Eh?" But oddities related to both our language and diet got shout-outs from the president, who at one point stipulated the White House was serving supper, not dinner.

"We thought of serving up some poutine. I was going to bring a two-four. And then we'd finish off the night with a double-double," Obama said, getting a laugh.

"But I had to draw the line at getting milk out of a bag," he added, smiling. "This, we Americans do not understand." 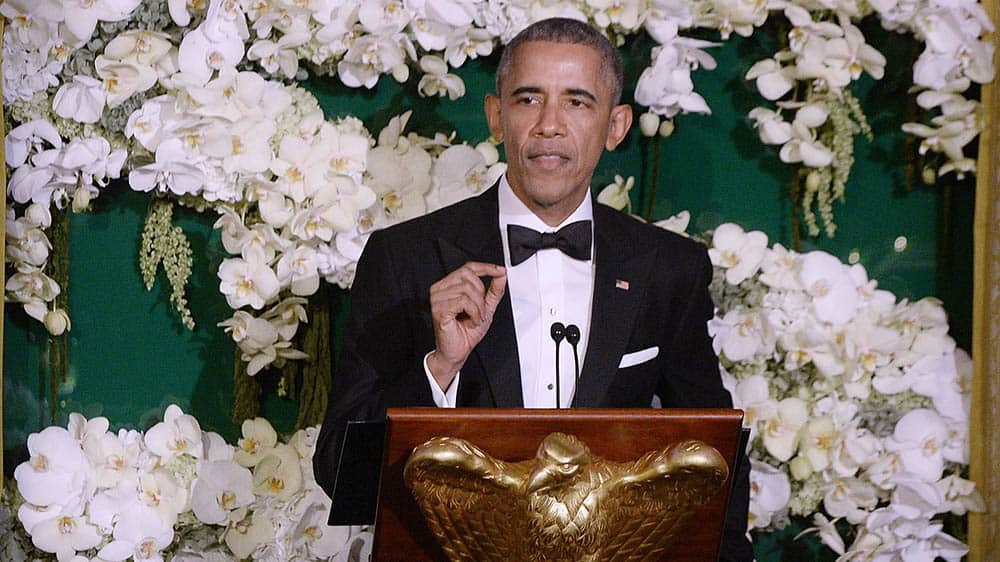 Obama: 'I draw the line at getting milk out of a bag'

The run-up to this year's U.S. presidential has been a diamond mine for comedy writers. And though neither Republican was mentioned by name, Obama's speech writers made a few cracks at the expense of hopefuls Donald Trump and Ted Cruz.

"Where else could a boy born in Calgary grow up to run for president of the United States?" Obama wondered aloud, referring to the latter's complicated heritage.

He also tipped his hat to the good people of Cape Breton, N.S., where a tongue-in-cheek website has offered to take in Americans fleeing a Trump presidency.

"And to the great credit of their people," he added, moving on to one of Trump's most divisive ideas. "Canadians from British Columbia to New Brunswick have so far rejected the idea of building a wall to keep out your southern neighbours.

"We appreciate that," he said, as the crowd laughed. "We can be unruly, I know." 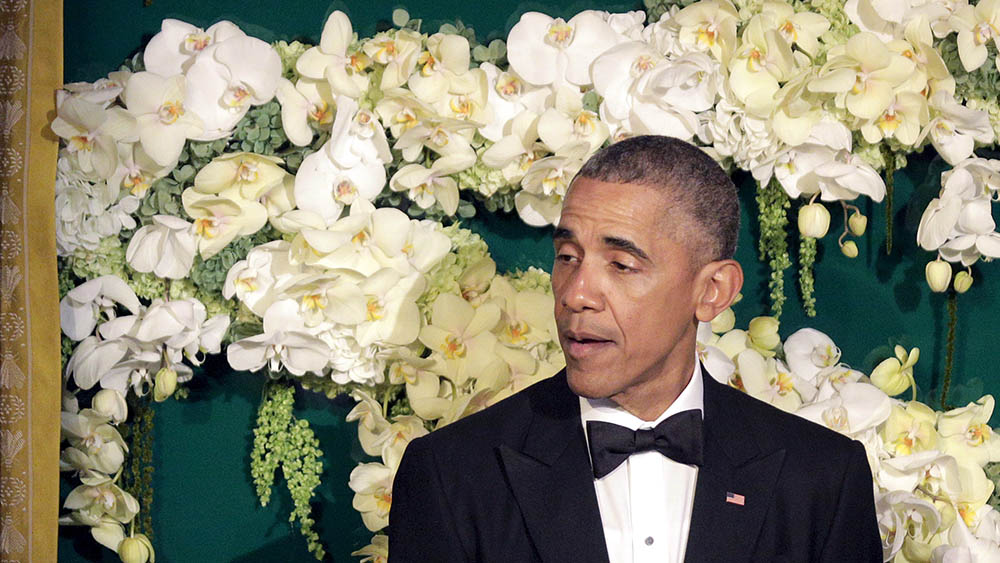 Obama: 'Canadians have rejected the idea of building a wall'

5 years agoVideo
0:56
Obama: 'Canadians have rejected the idea of building a wall' 0:56

Trudeau's speech was more earnest and straitlaced than his host's — with references to cross-border trade, Syria and climate change shoe-horned in between the requisite talk of shared values and history.

There was, naturally, a quip at America's expense about our Olympic medal count in hockey.

But Trudeau also struck an almost poignant note with his closing line, when our rookie, raven-haired PM made an observation about the toll the last eight years has taken on his U.S. counterpart.

"May my grey hair come in at a much slower rate than yours," he said to Obama.