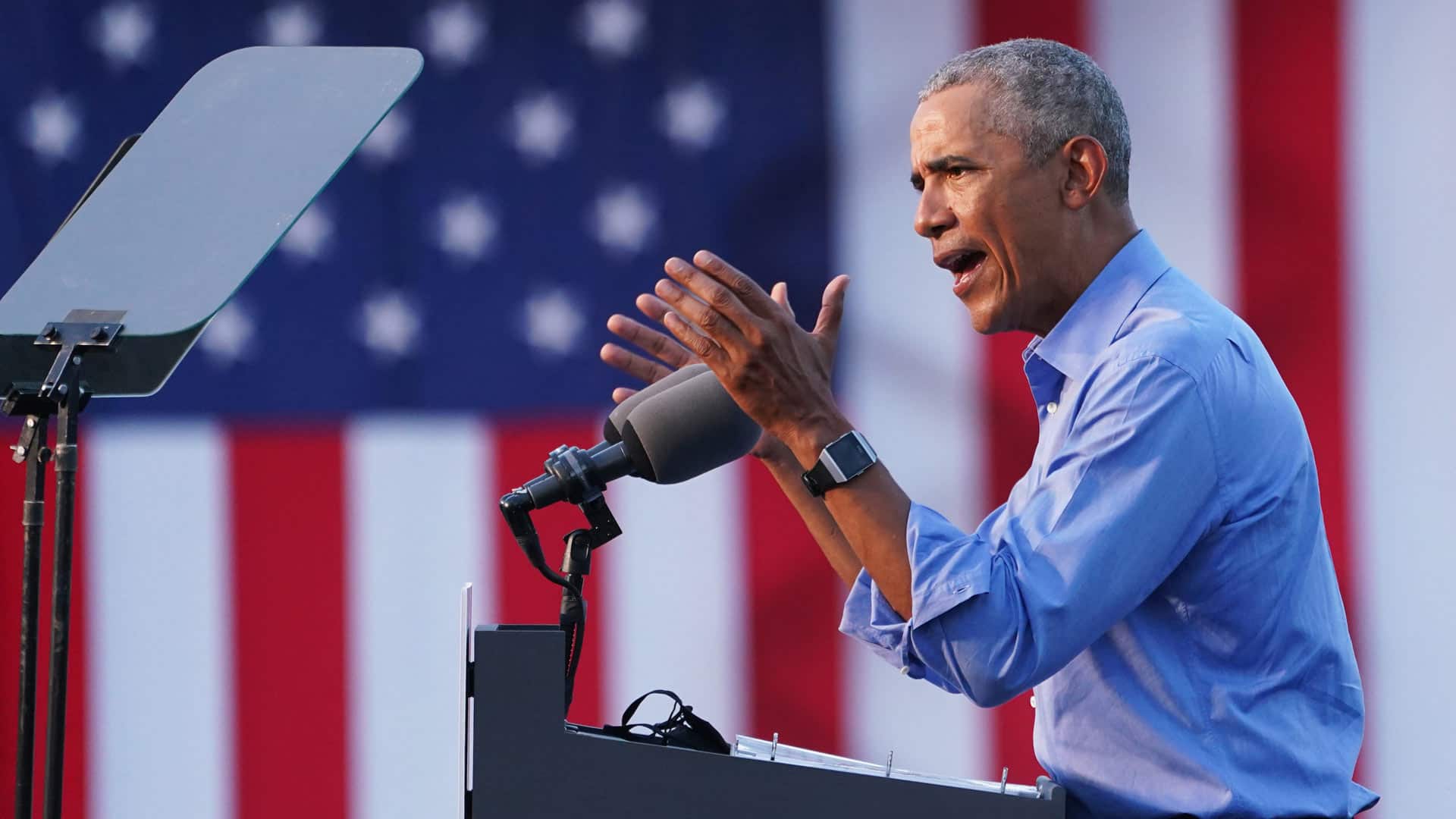 5 months ago
1:25
Former U.S. President Barack Obama shared his unflattering views of his successor, Donald Trump, on the campaign trail in Philadelphia. 1:25

Speaking at a drive-in rally in Philadelphia on behalf of Biden, his former vice-president, Obama offered his fiercest critique yet of his successor, taking aim at Trump's divisive rhetoric and his track record in the Oval Office.

"He hasn't shown any interest in doing the work or helping anybody but himself," Obama said.

Obama, who governed for two terms and remains one of the most popular figures in the Democratic Party, blasted Trump for his handling of the coronavirus pandemic, noting that the president himself had fallen victim to the virus.

"Donald Trump isn't suddenly going to protect all of us," he said. "He can't even take the basic steps to protect himself."

Obama's appearance filled a gap left by Biden, who has stayed at home in Delaware since Monday for meetings and preparation ahead of his Thursday debate with Trump in Nashville, Tenn.

The drive-in rally was held in the parking lot of Citizens Bank Park, the baseball stadium in Philadelphia, with the city's skyline visible in the distance. It was the largest event of its kind that the Biden campaign has staged amid the coronavirus outbreak.

Almost 280 vehicles were spread throughout the lot, with big screens placed to allow attendees to see the former president.

With a recent Reuters/Ipsos poll showing Biden with just a 4-percentage-point edge in Pennsylvania, Obama warned Democrats against complacency.

"We've got to turn out like never before," he said. "We cannot leave any doubt in this election."

Four years ago, Obama participated in a rally in Philadelphia with then-Democratic nominee Hillary Clinton the day before the election, only to see Trump narrowly take the state. The Biden campaign considers winning there a top priority.

Americans are voting early at a record pace this year, with 42 million ballots cast both via mail and in person ahead of the Nov. 3 election on concerns about the coronavirus and to make sure their votes are counted.

The record early vote so far represents about 30 per cent of the total ballots cast in 2016, according to the University of Florida's U.S. Elections Project.

After Obama spoke, Trump held a rally in North Carolina, another battleground state where opinion polls show a tight race.

Even though Wednesday marked Obama's 2020 campaign debut, his support has been essential for Biden. He has appeared at joint fundraisers with Biden and Harris, and his network of well-connected former aides has been instrumental in helping the campaign outpace Trump in bringing in donations.

The Biden campaign is hopeful that Obama will commit to more events before the election.

The last days of campaigning are taking place amid a surge in new cases of COVID-19 and hospitalizations in battleground states, including North Carolina and Pennsylvania but also Wisconsin, Ohio and Michigan.

Polling shows a majority of voters are disappointed in the way Trump has handled the pandemic, which he has repeatedly said would disappear on its own.

Biden and Trump are scheduled to meet in their second and final debate on Thursday night, giving the Republican an opportunity to change the trajectory of a race that Biden is leading in national polls.