A U.S. District Judge emphatically rejected U.S. President Donald Trump's attempt to keep his financial records under wraps, calling the president's broad claim of immunity from all criminal proceedings "extraordinary" and "an overreach of executive power" at odds with the Constitution.

U.S. District Judge Victor Marrero emphatically rejected Trump's attempt to keep his financial records under wraps, calling the president's broad claim of immunity from all criminal proceedings "extraordinary" and "an overreach of executive power" at odds with the Constitution.

For now, at least, the tax returns remain beyond the reach of prosecutors. The president's lawyers appealed the judge's ruling to the Second U.S. Circuit Court of Appeals, which put the matter on hold while it considers the case on an expedited basis.

At issue is a request from Manhattan District Attorney Cyrus R. Vance Jr. that Trump's accounting firm turn over eight years' worth of his business and personal tax returns dating back to 2011.

Vance, a Democrat, is investigating payments made to buy the silence of Daniels and model Karen McDougal, both of whom claimed to have had affairs with the president.

"The Radical Left Democrats have failed on all fronts," Trump fumed on Twitter after the judge's ruling, "so now they are pushing local New York City and State Democrat prosecutors to go get President Trump. A thing like this has never happened to any President before. Not even close!"

The investigation is unfolding with Trump already facing a fast-moving impeachment drive by House Democrats that was set off by his attempts to get Ukraine's leader to investigate his political rival Joe Biden.

Trump's lawyers have said that Vance's investigation is politically motivated and that the request for tax records should be stopped because Trump is immune from any criminal probe as long as he is president.

The judge swept that claim aside as overly broad.

"As the court reads it, presidential immunity would stretch to cover every phase of criminal proceedings, including investigations, grand jury proceedings and subpoenas, indictment, prosecution, arrest, trial, conviction, and incarceration," Marrero wrote. "That constitutional protection presumably would encompass any conduct, at any time, in any forum, whether federal or state, and whether the president acted alone or in concert with other individuals."

The judge said he couldn't accept that legal view, "especially in the light of the fundamental concerns over excessive arrogation of power" that led the founding fathers to create a balance of power among the three branches of government.

Trump has steadfastly refused to make his tax returns public, breaking a tradition set by presidents and White House candidates decades ago. He has also gone to court to fight congressional subpoenas issued to his bank for various personal financial records, including his tax returns. That dispute is also before the federal appeals court.

In yet another effort to pry loose Trump's tax records, California recently passed a law requiring candidates for president or governor to turn over five years' worth of returns, or else they cannot appear on the state's primary ballot. A federal judge blocked the law this month, saying it is probably unconstitutional.

Vance began his probe after federal prosecutors in New York completed their investigation into payments that Trump's former personal lawyer, Michael Cohen, arranged to be made to the two women to keep them silent during the presidential race.

Cohen is serving a three-year prison sentence for crimes that included campaign finance violations in connection with the hush money.

Trump was never charged, though prosecutors said publicly that he was aware of and directed the illegal payments. Justice Department policy has long been that sitting presidents cannot be charged criminally. 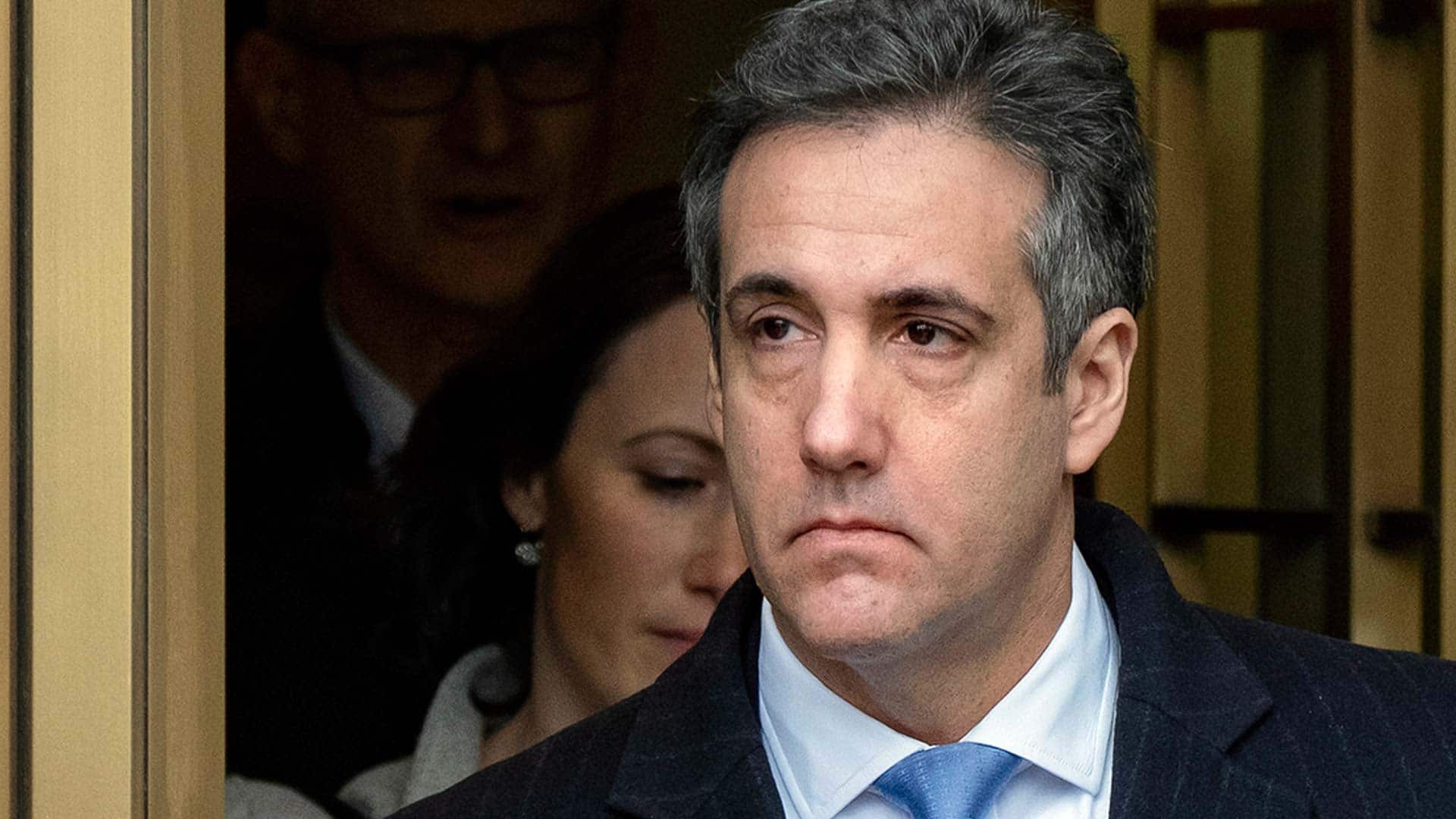 2 years ago
3:49
In an interview with ABC television, Michael Cohen said despite denials, Donald Trump most certainly knew about, and directed, payoffs made to two women during the 2016 U.S. presidential campaign. 3:49

Grand jury proceedings and records in New York are secret. If Vance gains access to Trump's returns through a grand jury investigation, that doesn't necessarily mean their contents will be disclosed publicly.

It is unclear what Trump's returns might have to do with the criminal investigation or why prosecutors are reaching back as far as 2011.

But the long reach of the subpoena might stem in part from testimony Cohen gave to Congress early this year when he asserted that Trump overstated his wealth to financial institutions before he became president.

Cohen turned over copies of financial statements he said the president provided to Deutsche Bank during a 2014 effort to buy the Buffalo Bills. The statements showed Trump's net worth soaring from $4.55 billion US in 2012 to $8.66 billion US in 2013.