Next stop, nuclear summit: How Kim Jong-un 'outflanked' Donald Trump in China before their big meeting

Kim's recent days-long visit to China, his first foray outside North Korea since taking power, was a surprise — one that's more than a mere diplomatic whistle stop. The journey is seen to have strengthened his hand ahead of crucial talks by reinforcing strong ties with the economic superpower.

To the probable chagrin of American diplomats, experts say, Kim was able to assure that the Middle Kingdom will have a formidable seat at the negotiating table. It also presents challenges to U.S. President Donald Trump as it shows that isolation of North Korea has not succeeded, said Adam Mount, a North Korea and nuclear specialist at the Federation of American Scientists.

"Frankly, I think that Kim Jong-un outflanked the Trump administration in making it to Beijing first," he said. "It impresses upon the United States that Kim has other options to gain leverage. It raises the stakes for this meeting."

A date for the Trump-Kim summit is not yet set, though it's expected to happen before May. Kim has also secured a meeting with South Korean President Moon Jae-in for late April.

"I'm sure they wanted to discuss and compare notes on how to talk to Donald Trump," Mount said of Kim's meeting with Xi.

Beijing has over the years backed United Nations sanctions against Pyongyang over its nuclear and missile tests. But Kim's handshake with Chinese President Xi Jinping, shown on the front pages of Chinese newspapers, allowed Kim to play the role of legitimate statesman, while signalling the mending of frayed relations between North Korea and its only true ally. 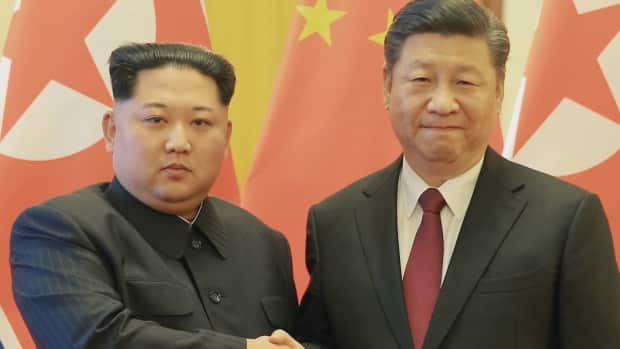 According to a Chinese readout of the meeting, Xi told Kim, "We speak highly of this visit." The readout goes on to say that Kim personally informed Xi about upcoming Korean Peninsula talks "out of comradeship and moral responsibility."

That statement was "stunning" to Mount as a remarkable display of support.

One possible practical result of this?

"If Donald Trump walks away from the meeting with Kim first, it's more likely China would lift sanctions," Mount said.

Former U.S. State Department official Mintaro Oba, who worked on North Korea policy in the Obama administration, believes the advancements in North Korea's nuclear program and the number of high-level talks it suddenly has on the table have girded Kim's negotiating position with China as well.

"Kim Jong-un is ticking a box before doing those summit meetings. He's tightening up unity so he has as many options going into other summits as possible," Oba said.

Oba can make out the outlines of a diplomatic roadmap in Kim's political manoeuvring. What worries him, he said, is how little preparation he sees coming from Washington, where it seems to him that an integrated plan to take full advantage of a unique tactical opportunity is being taken less seriously.

"My best guess is that the United States doesn't have any real strategy for going into this," Oba said. "A harsh assessment, but I think it's the right one ... It's just not clear they've figured out how to make the most use of this summit that kind of came out of nowhere."

Key staffing positions remain unfilled in the State Department. No new secretary of state has been confirmed yet by the Senate to replace Rex Tillerson.

A broad framework with reasonable deliverables might start with setting up a communication hotline, the release of Americans detained in North Korea, and offers of humanitarian aid. Scoring small wins helps take control of the public narrative.

"The U.S. needs to be raising this at lower levels with the North Koreans before the summit," he said. The White House has often claimed its apparent lack of planning is actually about playing its cards close to the vest.

"But there's a difference between giving away your negotiating position and managing public expectations before a summit," Oba said.

The White House has framed Kim's surprise China trip as positively as possible, taking credit for the Kim-Xi meeting as "a good indication" that the U.S.'s "maximum pressure" policy against North Korea is working. The White House says it is "cautiously optimistic" about the development, and that the U.S.-North Korea summit is still on.

Although Kim and Xi don't have a close friendship, mutual self-interest brings them together. North Korea and China both have reason to be concerned that the Trump administration could declare war. For China, that would risk driving millions of starving North Koreans to stream over its border.

No agreements before high-level summit

That the North Korean-U.S. diplomacy is beginning, not ending, with a high-level summit between the leaders is worrisome for some experts.

"It's starting off at the highest levels you can get to, a meeting between two leaders of the countries," said Lisa Collins, a fellow with the Korea Chair at the Center for Strategic and International Studies. "Normally, it's the reverse. You would build, step by step, a consensus or agreement, then it's signed off on by the two leaders."

One positive development for the Trump administration has been recent trade concessions from South Korea, which has agreed to set limits on exports of steel and open its auto market to U.S. imports in exchange for being exempt from steel tariffs.

It's a timely win, said Harry Kazianis, Director of Defense Studies at the Center for the National Interest — particularly as the U.S. and South Korea need to smooth co-ordination and co-operation ahead of the few critical months in advance of talks with North Korea. 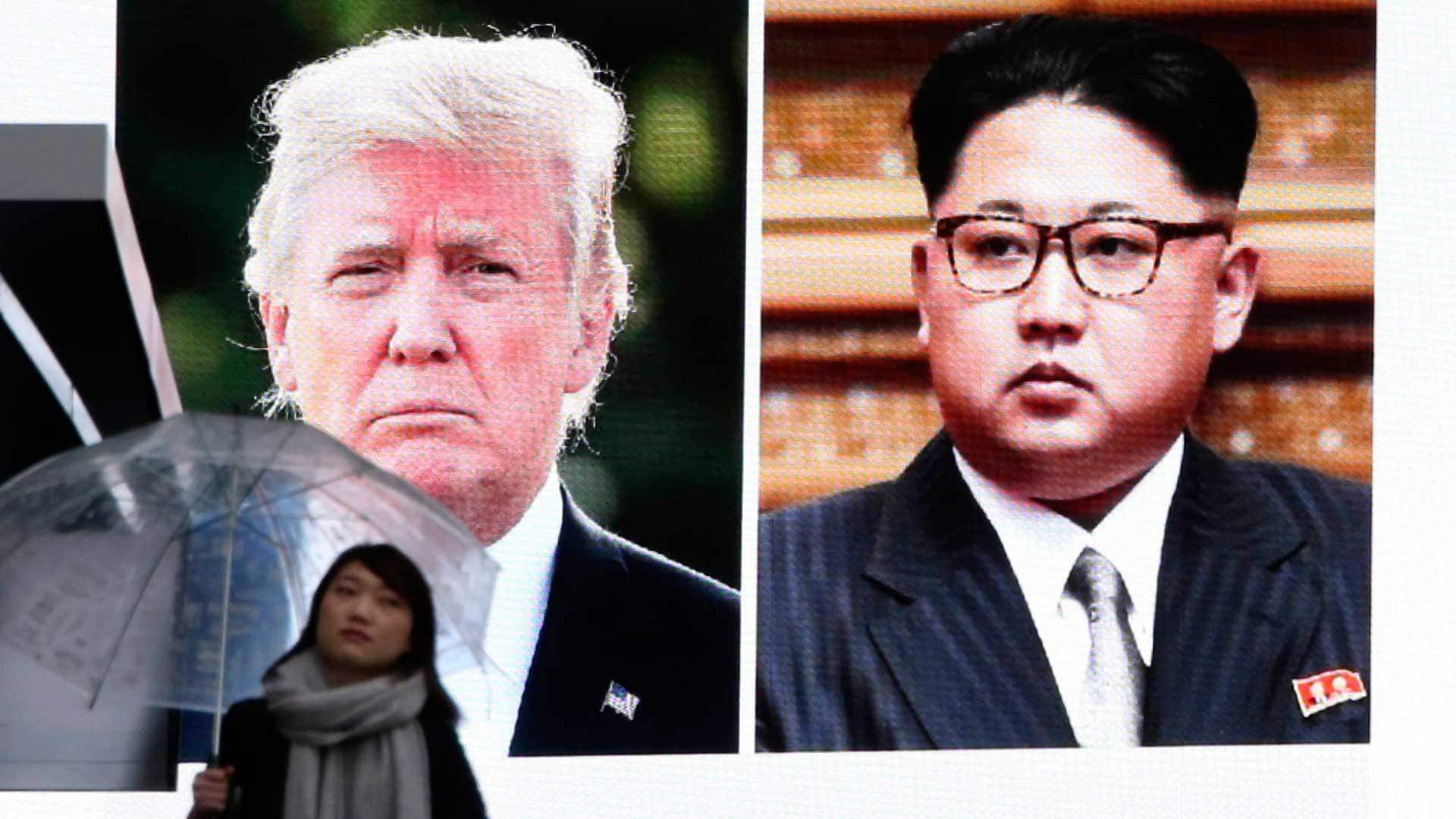 3 years agoVideo
8:33
U.S. President Donald Trump has gambled by agreeing to a meeting with North Korea, according to some of his supporters. Trump agreed to meet with Kim Jong-un without knowing what the North Korean leader wants in return, and some are sceptical. Still, the prospect of talks between the two countries has the world buzzing 8:33

"There was no way the U.S. was going to push some major trade action against South Korea, considering they've got this massive geopolitical crisis," Kazianis said. "And there's no way there can be any daylight between Seoul and Washington right now, to risk any major ruptures with Seoul right now."

Kazianis expects a tough bargain, with the North likely proposing an end to the U.S.-South Korean alliance, withdrawal of U.S. troops from the Korean Peninsula, full recognition of North Korea as a legitimate state, billions of dollars in economic aid, and the ending of sanctions.

"If this summit goes badly, we could be back at the brink of war again," Kazianis said. "The challenge to putting all our eggs in the summit basket is, if this has problems, there is no diplomatic road to go down again."