The United Nations food agency, the World Food Program, won the Nobel Peace Prize on Friday for its efforts to combat hunger and improve conditions for peace in conflict-affected areas. 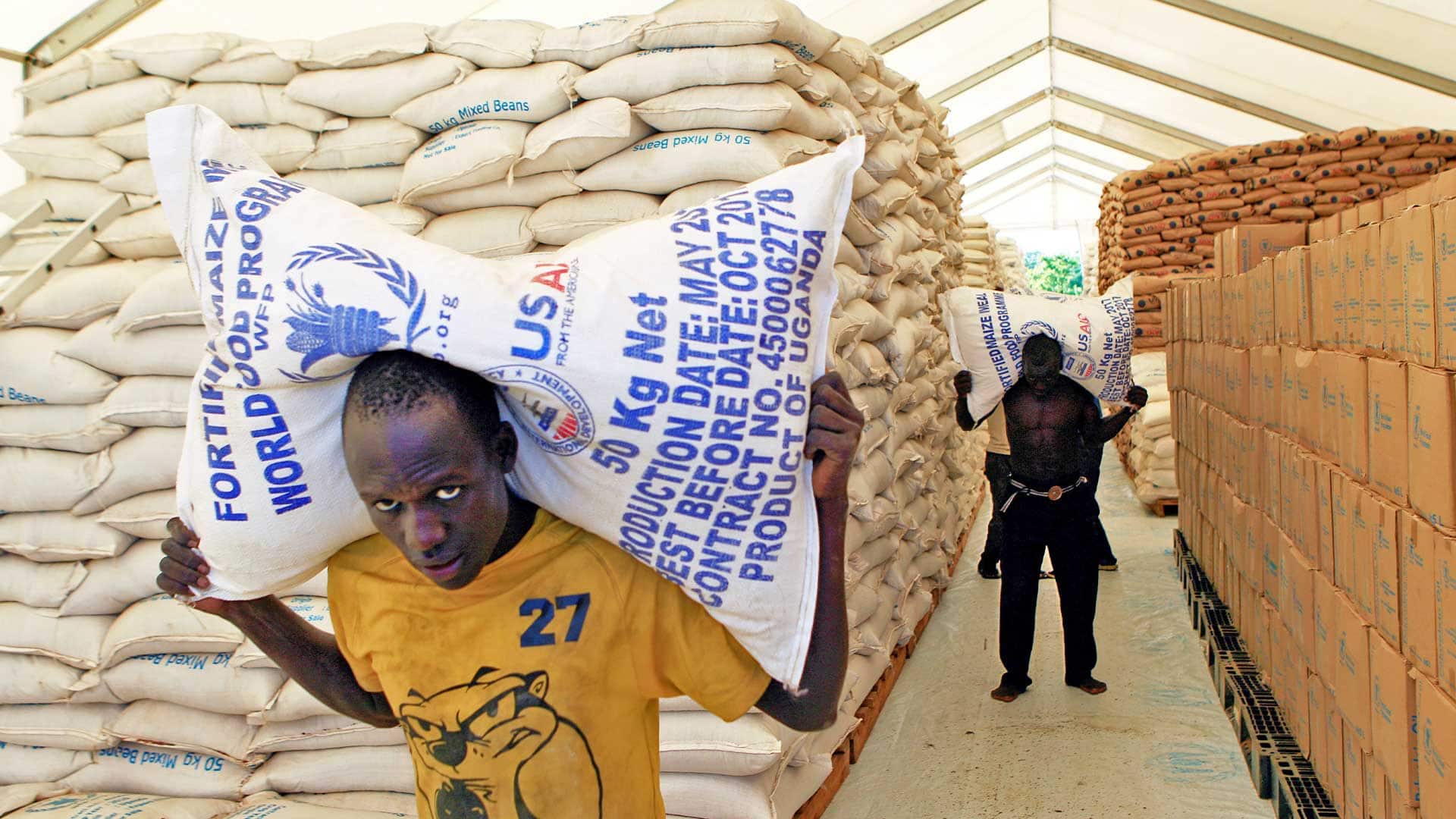 4 months agoVideo
1:59
The Nobel Committee awards its 2020 peace prize to the World Food Programme, citing its efforts to stop the weaponizing of hunger. 1:59

The United Nations' World Food Program (WFP), which has co-ordinated medical logistics during the coronavirus pandemic, won the Nobel Peace Prize on Friday in what its leader said was a call to action that no one should go hungry with the wealth in today's world.

The head of the awards committee called the WFP a driving force in efforts to prevent the use of hunger as a weapon of war and conflict, and said the pandemic, which the WFP estimates could double hunger worldwide, had made it even more relevant.

At one point at the height of the pandemic, as airlines were cutting back flights, the WFP was running the largest operational airline in the world, a WFP spokesperson said.

The Rome-based organization said it helps some 97 million people in about 88 countries each year and that one in nine people worldwide still do not have enough to eat.

WFP executive director David Beasley told Reuters the prize was a clarion call "to our donors around the world" and "to the billionaires who are making billions off COVID."

"All the wealth in the world today no one should go to bed hungry, much less starve to death." 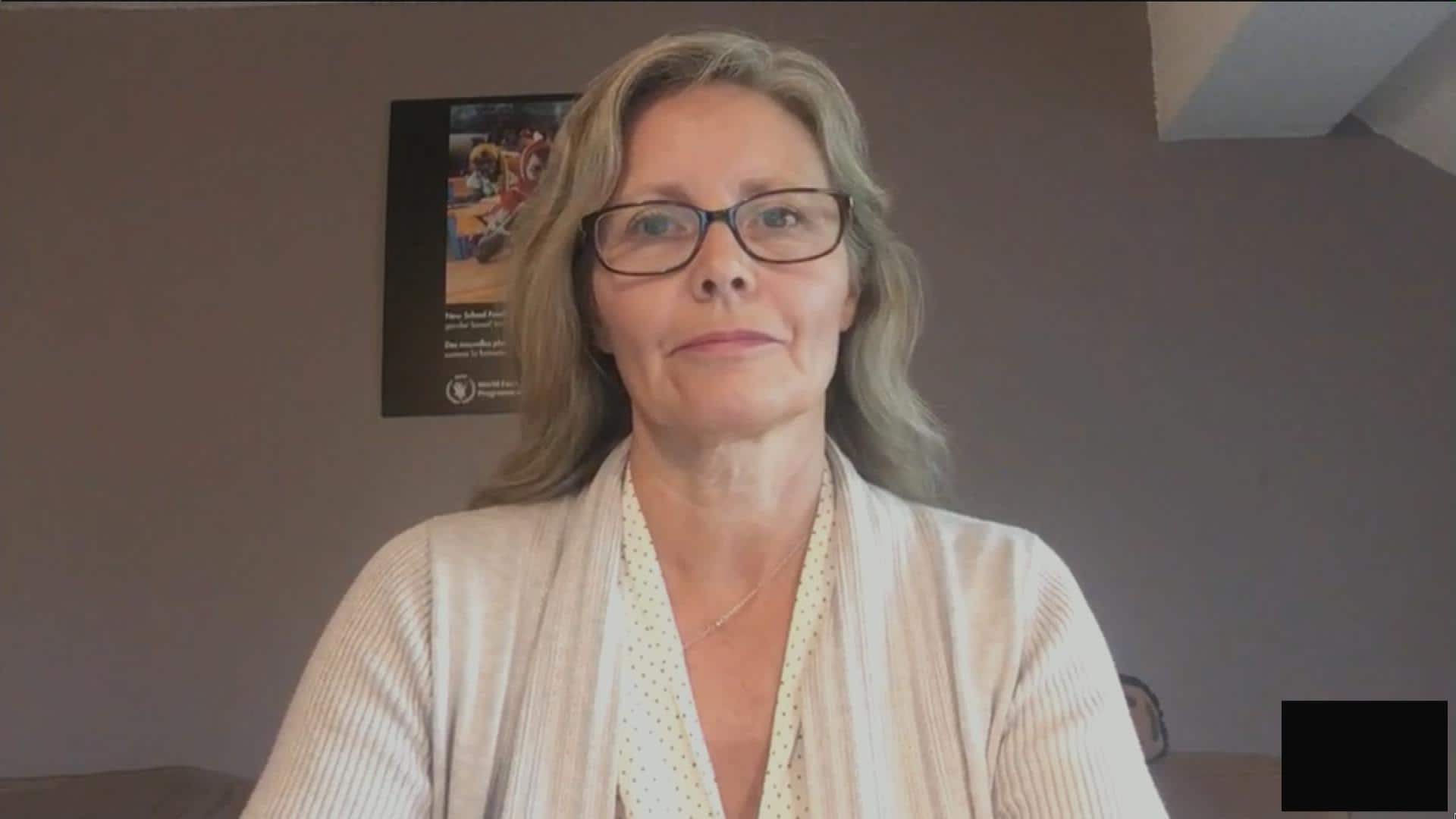 4 months agoVideo
4:49
Julie Marshall of the World Food Program says her organization winning the Nobel Peace Prize is humbling and that credit for the prize belongs to staff on the ground who ensure 100 million people are fed every year. 4:49

'Food is the best vaccine against chaos'

Only this week, a report by UBS and PwC found billionaire wealth had reached a record high during the pandemic, helped by a rally in stock prices.

"The need for international solidarity and multilateral co-operation is more conspicuous than ever," Berit Reiss-Andersen, chairwoman of the Norwegian Nobel committee, told a news conference.

WFP runs a logistics service that has dispatched medical cargoes to over 120 countries throughout the pandemic to help governments and health partners fighting COVID-19.

It has also provided passenger services to ferry humanitarian and health workers where commercial flights were unavailable.

"As the organization itself has stated, 'Until the day we have a medical vaccine, food is the best vaccine against chaos,'" Reiss-Andersen said.

"They are out there in the most difficult, complex places in the world, where there's war, conflict, climate extremes — it doesn't matter. They are out there, and they deserve this award," he said.

In Geneva, WFP spokesperson Tomson Phiri told reporters that "when everything went into shutdown mode, the World Food Program was there."

"When everyone was leaving and we were going into lockdowns, the World Food Program had to provide the logistical support that the world deserved, that the world needed."

Dan Smith, director of the Stockholm International Peace Research Institute, said the Norwegian Nobel committee had wanted to send a message of both hope and "support for international co-operation."

"Hunger, like climate change, the pandemic and other issues, is a world problem that can only be properly addressed through co-operation," he told Reuters.

"Unfortunately, in too many quarters, especially among the great powers, there is a declining appetite for co-operation."

He noted that, after declining for several decades, world hunger had been on the rise again since 2016.

I am delighted the United Nations World Food Programme has been awarded the Nobel Peace Prize.<br><br>The women and men of <a href="https://twitter.com/WFP?ref_src=twsrc%5Etfw">@WFP</a> brave danger &amp; distance to provide life-saving help to those most vulnerable and in need.<br><br>I’m proud of and grateful for their courage &amp; determination. <a href="https://t.co/vYMnaKlBYl">https://t.co/vYMnaKlBYl</a>

The UN, which turns 75 this month, has itself won the Nobel Peace Prize in the past, as have several of its agencies, including the High Commissioner for Refugees, the UNICEF children's fund and its peacekeeping forces.

The last time the accolade was awarded to a group was in 2017, when the International Campaign to Abolish Nuclear Weapons won.

There was no shortage of causes or candidates on this year's list.

Guesses — and bets — this year had focused on Swedish climate activist Greta Thunberg, Russian dissident Alexei Navalny, recovering from a nerve agent attack he blames on Russian President Vladimir Putin, and the World Health Organization for its role in addressing the coronavirus pandemic.

Even U.S. President Donald Trump seemed to believe he deserved the prize, though one of the few predictions that pundits felt comfortable making was that he would be disappointed.

There were 318 candidates — 211 individuals and 107 organizations. Nominations could be made by a select group, including national lawmakers, heads of state and certain international institutions.

The deadline for nominations was Feb. 1, which meant that those on the front lines of fighting COVID-19 — which was only declared a pandemic in March — appeared unlikely contenders.

Along with enormous prestige, the prize comes with a 10-million krona ($1.5 million Cdn) cash award and a gold medal to be handed out at a ceremony in Oslo, Norway, on Dec. 10, the anniversary of prize founder Alfred Nobel's death. This year's ceremony will be scaled down due to the pandemic.

On Monday, the Nobel committee awarded the prize for physiology and medicine for discovering the liver-ravaging hepatitis C virus. Tuesday's prize for physics honoured breakthroughs in understanding the mysteries of cosmic black holes, and the chemistry prize on Wednesday went to scientists behind a powerful gene-editing tool. The literature prize was awarded to American poet Louise Glück on Thursday for her "candid and uncompromising" work.

Still to come next week is the prize for outstanding work in the field of economics.