New Zealand police have identified dozens of victims from the March 15 shootings at two mosques in Christchurch. The attacks during Friday prayers took the lives of 50 worshippers and left dozens more wounded. 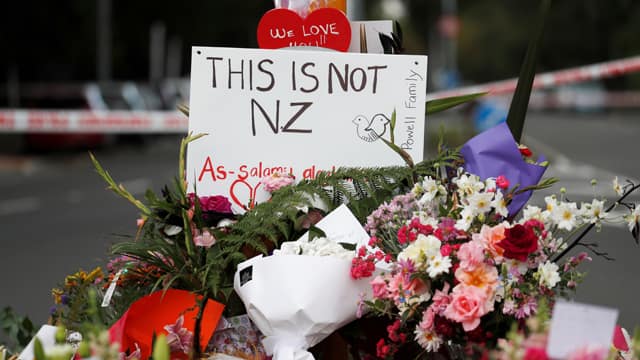 2 years ago
2:24
New Zealand's police commissioner gives a grim update in the investigation into the deadly mosque shootings, while people across the country are paying tribute to the victims, the CBC's Adrienne Arsenault reports from Christchurch. 2:24

New Zealand police have identified dozens of victims from the March 15 shootings at two mosques in Christchurch.

The attacks during Friday prayers took the lives of 50 worshippers and left dozens more wounded when a man believed to be a white supremacist opened fire and live streamed the shootings.

Many of the victims had moved to New Zealand to seek better lives in a country known for its beauty, friendliness and safety. Among the victims are engineers, business owners, students and a goalkeeper for the national futsal team — a modified form of soccer, typically played indoors.

The gunman targeted the Al-Noor mosque in Christchurch during Friday prayers while imam Gamal Fouda was delivering a sermon about co-operating with each other, doing good and stopping evil.

There were so many bodies piled at the mosque after the massacre that it took police more than a day to find all of them. In all, 42 people were killed there.

The youngest of the victims was Mucaad Ibrahim, 3. He had an intelligence beyond his years, a friend said. And he loved watching his big brother play soccer.

The dead identified by police are:

The gunman drove to the Linwood mosque after the rampage at Al-Noor, about five kilometres away.

The mosque is located in a plain building, in a poor neighbourhood, where about 80 people were immersed in prayer at the time.

The dead at the Linwood identified by police are:

Several other people not yet identified by police were also among the dead, according to relatives.

As the shootings unfolded at Al-Noor, 50-year-old Naeem Rashid is seen on video trying to tackle the gunman, according to Rashid's brother, Khurshid Alam.

Rashid's son, Talha Rashid, was also among the dead, according to a tweet from Pakistan's Ministry of Public Affairs.

Four-year-old Abdullahi Dirie was the youngest of five siblings and the only one who did not survive the attack, his uncle — Abdulrahman Hashi, 60, a preacher at Dar Al Hijrah Mosque in Minneapolis — told the New Zealand Herald. It was not immediately clear which mosque Parvin, Ahmed and Abdullahi were in during the attack.

Hussein al-Umari, an Iraqi who was born in Abu Dhabi, was killed in the attack, his mother wrote on social media. His family and friends had been seeking information on al-Umari, in his mid-30s, after he failed to return from Friday prayers at the Al-Noor mosque.

Additionally, Junaid Mortara, 35, is believed by his cousin to have died in the first mosque attack; Ali Elmadani, a retired Christchurch engineer who emigrated from the United Arab Emirates, was killed, according to his daughter; Indian news reported that 25-year-old Ansi Alibava, who moved to New Zealand after getting married to her husband, was killed; and local restaurateur Mohamed Imran Khan was remembered by the proprietor of a neighbouring convenience store as a "really good guy."