The 28-year-old charged with murder in the deadly mass shootings at two mosques in Christchurch has appeared in court, New Zealand's police commissioner says. Officials are also probing whether he should have been on the radar of authorities.

Warning: This story contains content that readers may find disturbing

CBC News is carefully considering the use of images and video from this attack, and is only using this material sparingly in the interest of helping our readers understand what happened and why.

The 28-year-old man charged with murder in the deadly mass shootings at two mosques in Christchurch has appeared in court, New Zealand's police commissioner has announced.

Brenton Tarrant showed no expression at the court appearance, where more than 10 armed guards were present. The appearance lasted only about a minute, before Tarrant was led back out in handcuffs. He was ordered to return to court again April 5. None of the victims' family members were seen.

"Any further charges he will face will be determined by the ongoing investigation," Police Commissioner Mike Bush said. "Our investigation will focus on what unfolded and how it unfolded, and to answer the many questions people will have." 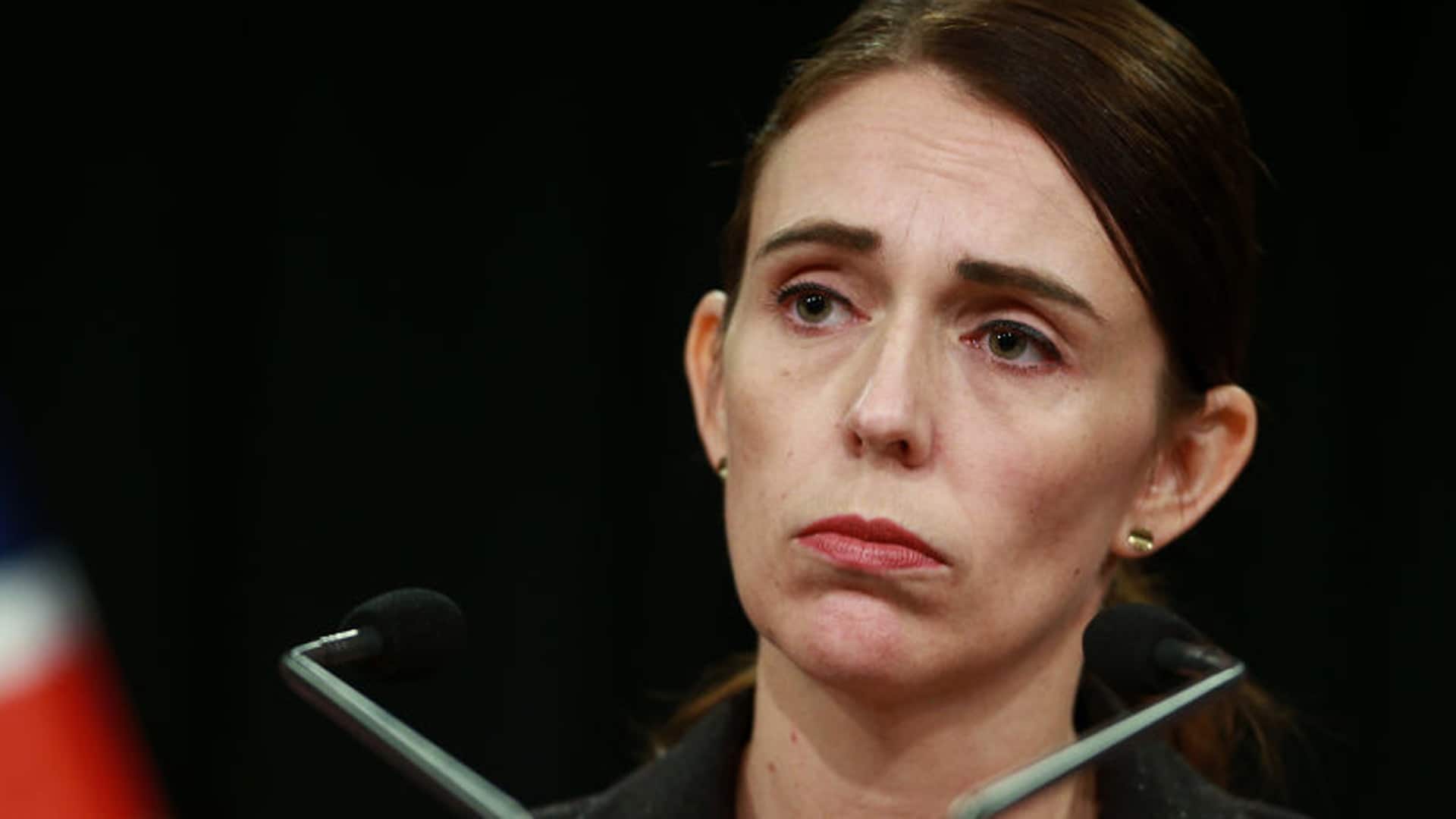 2 years ago
10:58
Officials in New Zealand will be probing whether those behind deadly mass shootings at two mosques in Christchurch should have been on the radar of authorities, Prime Minister Jacinda Ardern said Friday. 10:58

Two other suspects remain in custody as police work to determine what role they played.

Meanwhile, the country's prime minister said officials will be probing whether those behind the shootings should have been on the radar of authorities.

"If there was any suggestion that these individuals should have been known to us, we are looking into that as we speak," Prime Minister Jacinda Ardern said at a press conference Friday.

"Our duty was to keep everyone who is in New Zealand and calls New Zealand 'home' safe. That has not occurred here so questions must be answered."

Forty-nine people were killed and dozens were injured after the shootings during prayers Friday in what the prime minister has called "one of New Zealand's darkest days."

Two of the injured are children, one a four-year-old girl in critical condition. A total of 39 people remain in care, hospital staff said. They range in age from the very young to elderly, the majority male aged 30 to 40. Four of those initially taken to hospital died before they could arrive, Christchurch Hospital's chief of surgery Greg Robertson said.

Australian media reported Tarrant is from the city of Grafton in New South Wales, Australia. Police did not immediately say whether they suspect the same person was responsible for both shootings.

Ardern said police are still investigating whether two more people who were also arrested were directly involved in the crimes. Police did not release any details about them, except to say that none had been on any watch list.

A 74-page manifesto was posted on social media under Tarrant's name, identifying the gunman as a white nationalist who was out to avenge attacks in Europe that were perpetrated by Muslims.

Police arrest a suspect in Christchurch: 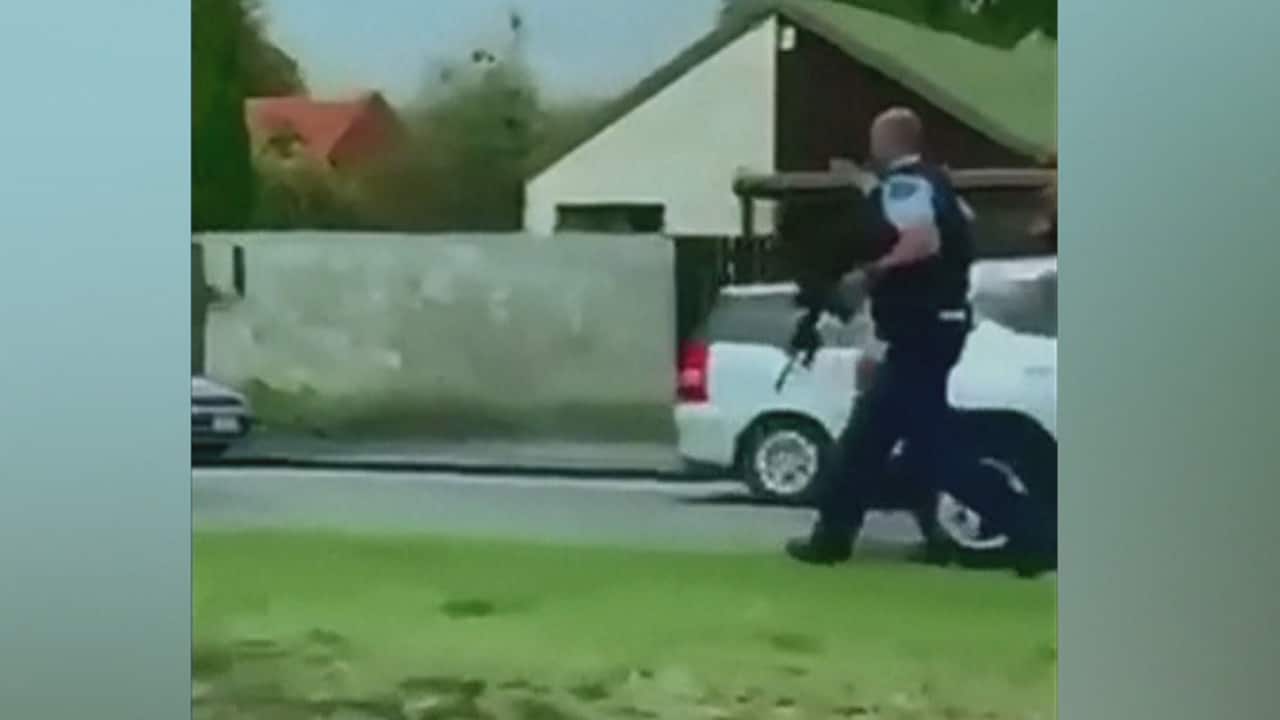 Suspect arrested in Christchurch after shooting at mosques

2 years ago
1:27
Video of the suspected gunman's arrest shows officers surrounding a vehicle that had been struck by a police cruiser. 1:27

Ardern said the accused had not come to the attention of police for any sort of extremism. Officials are now looking into whether his social media or other activity should have triggered a response.

The prime minister also said the accused was not a resident of Christchurch but was a resident of Dunedin, the second largest city on New Zealand's South Island. He had also travelled "around the world," Ardern said.

Reuters reports the accused had spent time in Turkey but further details were not immediately available.

Broadcast on live video, the attack in Christchurch  — home to nearly 400,000 people, and approximately 440 kilometres from the capital of Wellington — sent shock waves across the nation of five million people. Police have urged the public not to repost the livestream.

Shots rang out at Masjid Al-Noor, a mosque in the central part of the city, around 1:45 p.m. local time on Friday. Police said 41 of the victims were killed there.

'Abhorrent event' being treated as terrorism

In the live streamed video, the killer spends more than two minutes inside, spraying terrified worshippers with gunfire. He then walks outside, where he shoots at people on the sidewalk. Worshippers, possibly dead or wounded, lay huddled on the floor, the video shows.

Children's screams can be heard in the distance as he returns to his car to get another rifle. He walks back into the mosque, where there are at least two dozen people lying on the ground.

After going back outside and shooting a woman there, he gets back in his car, where the song Fire by the English rock band The Crazy World of Arthur Brown can be heard blasting. The singer bellows, "I am the god of hellfire!" and the gunman drives off.

The second attack took place at the Linwood mosque about five kilometres away, where police say seven were killed. Another later died in hospital.

Based on the video, the attacker was at the scene of the first mosque for about 10 minutes, and police did not arrive until after that.

The footage showed he was carrying a shotgun and two semi-automatic rifles, with an extra magazine taped to one of the weapons so that he could reload quickly. He also had more assault weapons in the trunk of his car, along with what appeared to be explosives.

The gunman said he was not a member of any organization, acted alone and chose New Zealand to show that even the most remote parts of the world are not free of "mass immigration."

The "primary perpetrator" appeared to have had five different firearms on hand, including two semi-automatics and two shotguns. He had a gun licence acquired in Nov. 2017 and the guns were legally acquired, Ardern said. 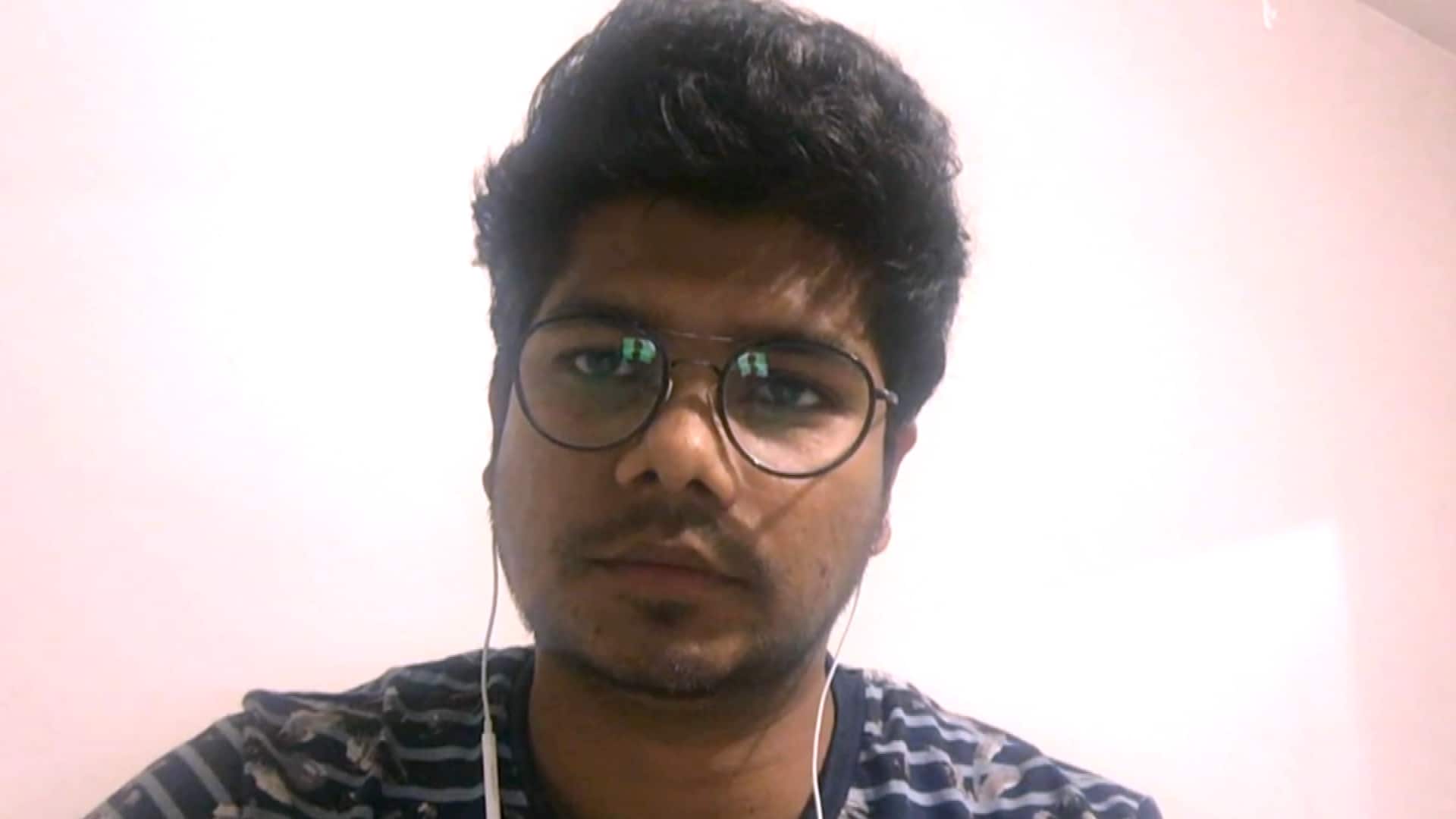 2 years ago
14:59
An eyewitness of one of two Christchurch, New Zealand, mosque shootings says he escaped through the side door as the gunman opened fire. Mohan Ibrahim has lived in the country for five years, but says after the attack, he does not feel safe. 14:59

Video of the accused gunman's arrest shows officers surrounding a vehicle that had been struck by a police cruiser.

Ardern said the national security threat level in New Zealand was raised to the second highest level after the attack.

"It is clear that this can now only be described as a terrorist attack," said Ardern, calling it an "extraordinary and unprecedented act of violence," and saying many of the victims could be migrants or refugees.

"This is not who we are," she said. "This act was not a reflection of who we are as a nation."

Ardern praised police for their work in apprehending suspects and disarming the explosives that were attached to a car. Bush later clarified it was two improvised explosive devices (IEDs) on a single vehicle.

While there was no reason to believe there were any more suspects, the prime minister said the national threat level was raised from low to high. Police warned Muslims against going to a mosque anywhere in New Zealand. Air New Zealand, meanwhile, cancelled several flights in and out of Christchurch.

Syed Ahmed was among the lucky ones who survived the shooting at the Linwood mosque. Ahmed, who was in the first row when the imam started prayers, told CBC Radio's As it Happens he heard gunshots go off outside the window to his right-hand side.

"I heard three or four shots, and people started falling down and everybody started to take cover. There were a few people falling down, and he was shooting indiscriminately" and there were women screaming.

The elderly who were sitting in chairs along the wall were among the first to be shot, he recalled.

"For three or four hours, I couldn't comprehend what was happening around me and, you know, seeing the friend like dying right next to you and helpless. Like, old people, women who were just helpless ... and they became easier targets."

He fled the mosque to try to find help and couldn't get back inside when police arrived.

Mohan Ibrahim ran outside as soon as the gunman started shooting and then could hear continuous shooting for 10 to 15 minutes, he told CBC News.

Watch the prime minister's response to the attack: 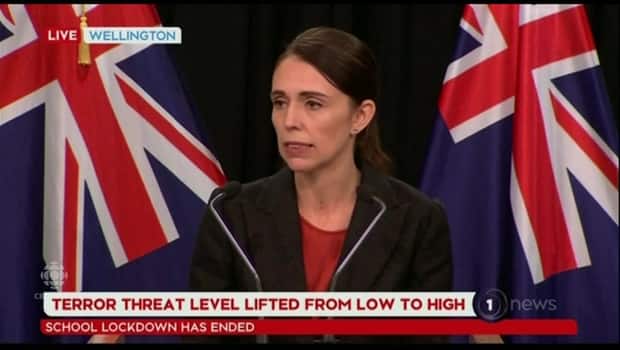 On Wednesday, the Twitter handle @brentontarrant tweeted pictures of one of the guns apparently later used in the attacks. It was covered in white lettering, featuring the names of others who had committed race- or religion-based killings. It included the phrase: "Here's Your Migration Compact."

Tweets from the account, suspended not long after the shootings began, also showed rifle magazines covered with the names of historical figures, as well as Alexandre Bissonnette, who shot and killed six men inside a Quebec City mosque on Jan, 29, 2017.

Ardern said there's "no place in New Zealand" for those behind the attacks. She said some of the victims may have been migrants or refugees to New Zealand, but were part of the community: "They are us. The person who has perpetuated this violence against us is not."

Police said the investigation extended 360 kilometres to the south, where homes in Dunedin were evacuated around a "location of interest." They gave no details.

Indonesia's Foreign Ministry said an Indonesian father and son were injured in the shootings and taken to Christchurch Hospital. The ministry said the father is in intensive care.

The man's wife, Alta Marie, said on Facebook that Zulfirman Syah and their son were at the hospital.

"My husband was shot in multiple places, and has a drain in his lung and has been in surgery," she wrote. "I was recently united with my son, who has a gunshot wound to the leg and backside. He is traumatized."

The International Red Cross set up a web page to help people contact family members who may have been at the mosques during the shootings.