Russian opposition politician Alexei Navalny was in a coma in a Siberian hospital on Thursday after drinking a cup of tea that his spokesperson said she believed was laced with poison.

Navalny, a fierce critic of Vladimir Putin, started feeling ill on a flight to Moscow from Siberia

Russian opposition politician Alexei Navalny was in a coma in a Siberian hospital on Thursday after drinking a cup of tea that his spokesperson said she believed was laced with poison.

Navalny, 44, was in intensive care and on an artificial lung ventilator, Kira Yarmysh said on social media. Navalny's wife, Yulia, flew to the hospital in Omsk after receiving the news.

A fierce critic of President Vladimir Putin, Navalny started feeling ill when returning to Moscow from Tomsk in Siberia by plane on Wednesday morning, Yarmysh said. The plane made an emergency landing in Omsk so that he could be rushed to hospital.

"We assume that Alexei was poisoned with something mixed into his tea. It was the only thing that he drank in the morning. Doctors say the toxin was absorbed faster through the hot liquid. Alexei is now unconscious," Yarmysh said.

Doctors at the hospital remain tight-lipped about his diagnosis. Anatoliy Kalinichenko, deputy chief doctor of the hospital, told reporters that Navalny was in grave, yet stable condition.

Kalinichenko said doctors are considering a variety of diagnoses, including poisoning, but refused to give details, citing a law preventing doctors from disclosing confidential patient information. 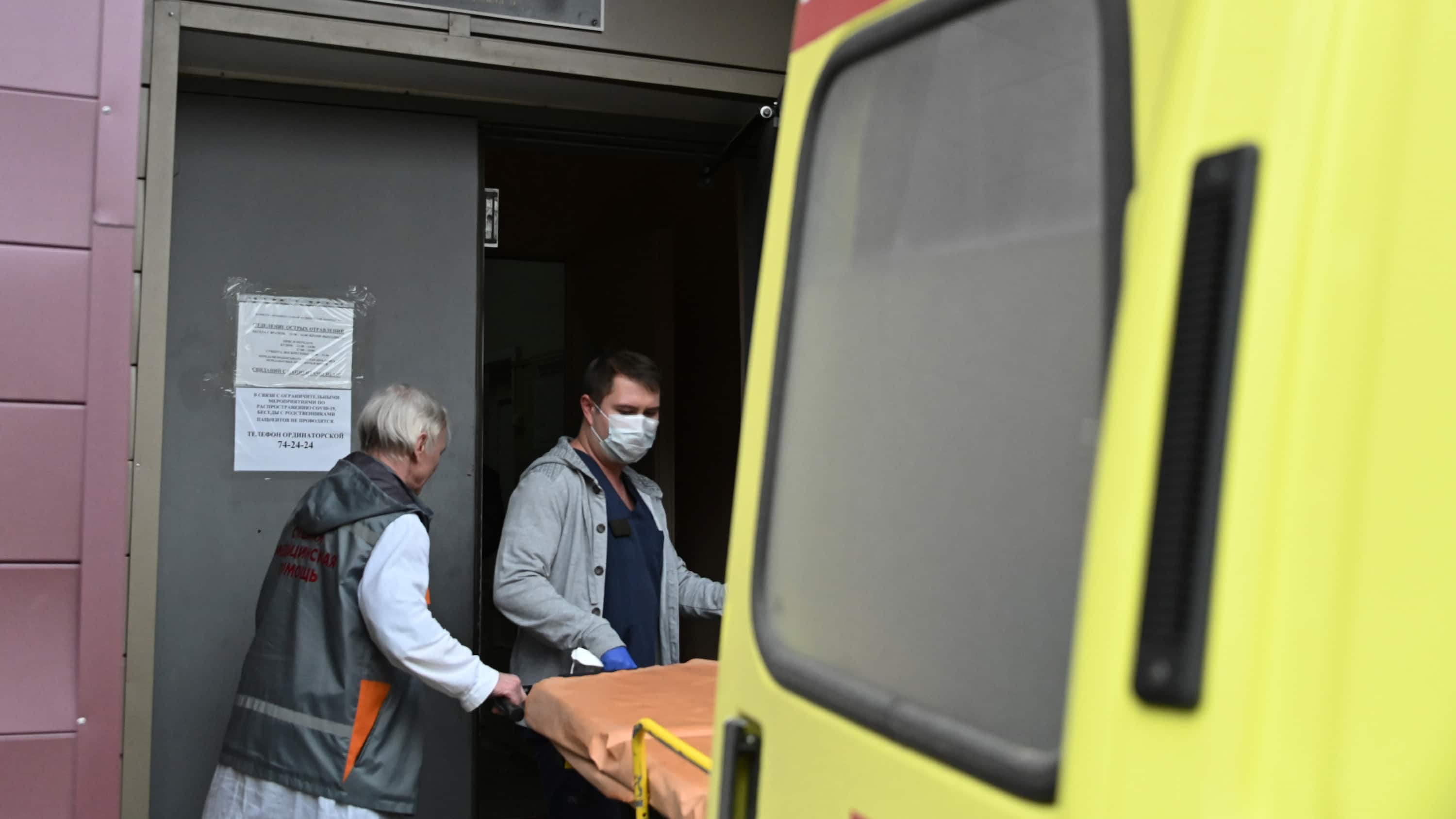 Alexei Navalny in a coma, on ventilator

4 months agoVideo
1:30
Russian opposition leader Alexei Navalny, a prominent critic of President Vladimir Putin, is in hospital after what his spokesperson says was a deliberate poisoning, freelance reporter Julia Chapman reports from Moscow.  1:30

Yarmysh said hospital officials had so far prevented Navalny's personal doctor, who had also flown in, from seeing him.

Doctors were also refusing to discharge him so that he could be flown to Europe for emergency treatment, she said. The hospital said his condition meant he could not be moved for now.

Germany and France offered to provide Navalny with medical care on their soil.

An air ambulance with a team specialized in treating coma patients is due to leave Germany to pick up Navalny on Thursday evening, the Berlin-based Cinema for Peace Foundation said.

There is a long history of Kremlin foes being poisoned, or falling ill after suspected poisonings.

They include Alexander Litvinenko, who died in London in 2006 after drinking tea laced with polonium-210, and Sergei Skripal, a former double agent who was poisoned with a nerve agent in 2018 in Salisbury, England.

"What happened to Navalny is undeniably similar to incidents involving other hardline critics of the Russian authorities," said Amnesty International in a social media post.

"Navalny himself became seriously ill previously during his administrative arrest a year ago. None of these incidents were investigated."

The Kremlin has repeatedly denied involvement in those and other incidents, calling them anti-Russian provocations.

The Kremlin said on Thursday that doctors were doing all they could to help Navalny and that they wished him a speedy recovery.

Kremlin spokesperson Dmitry Peskov said any poisoning would need to be confirmed by laboratory tests.

He said the authorities would be ready to consider a request for Navalny to be treated abroad should one be made.

Yarmysh did not say who she believed may have poisoned Navalny but said police had been called to the hospital.

A regional health ministry spokesperson, Tatyana Shakirova, confirmed that Navalny has been hospitalized in Omsk and said doctors assessed his condition as serious.

"Doctors are doing everything possible to stabilize his condition," she said. "The poisoning version is one of several versions being considered. It's not possible now to say what the reason was."

French President Emmanuel Macron and German Chancellor Angela Merkel said they were deeply concerned at what was happening to Navalny.

Macron, who was hosting Merkel for talks at his summer residence in a medieval island fortress in the Mediterranean, said he had discussed Navalny's illness at length with the German leader.

"The news we have at this hour is extremely troubling. We will continue to follow the situation very closely," he told a joint news conference with Merkel after their talks.

"We are clearly ready to provide all necessary assistance to Alexander Navalny and those close to him in terms of healthcare, in terms of asylum, and protection, that is clear.

U.S. President Donald Trump was asked about the reports Thursday while meeting with a delegation from Iraq's government alongside cabinet officials, including Secretary of State Mike Pompeo.

"We're looking at it, and Mike's gonna be reporting to me soon," said Trump.

"If the Russians were behind this ... it's something that we're going to factor into how we deal with the Russians going forward," he told Fox News in an interview.

Navalny, a lawyer and anti-corruption activist, has served many stints in jail in recent years for organizing anti-Kremlin protests and has been physically attacked in the street by pro-government activists.

He has helped investigations into what he has said are outrageous examples of official corruption.

Russia holds regional elections next month and Navalny and his allies have been preparing for them, trying to increase support for candidates they back. 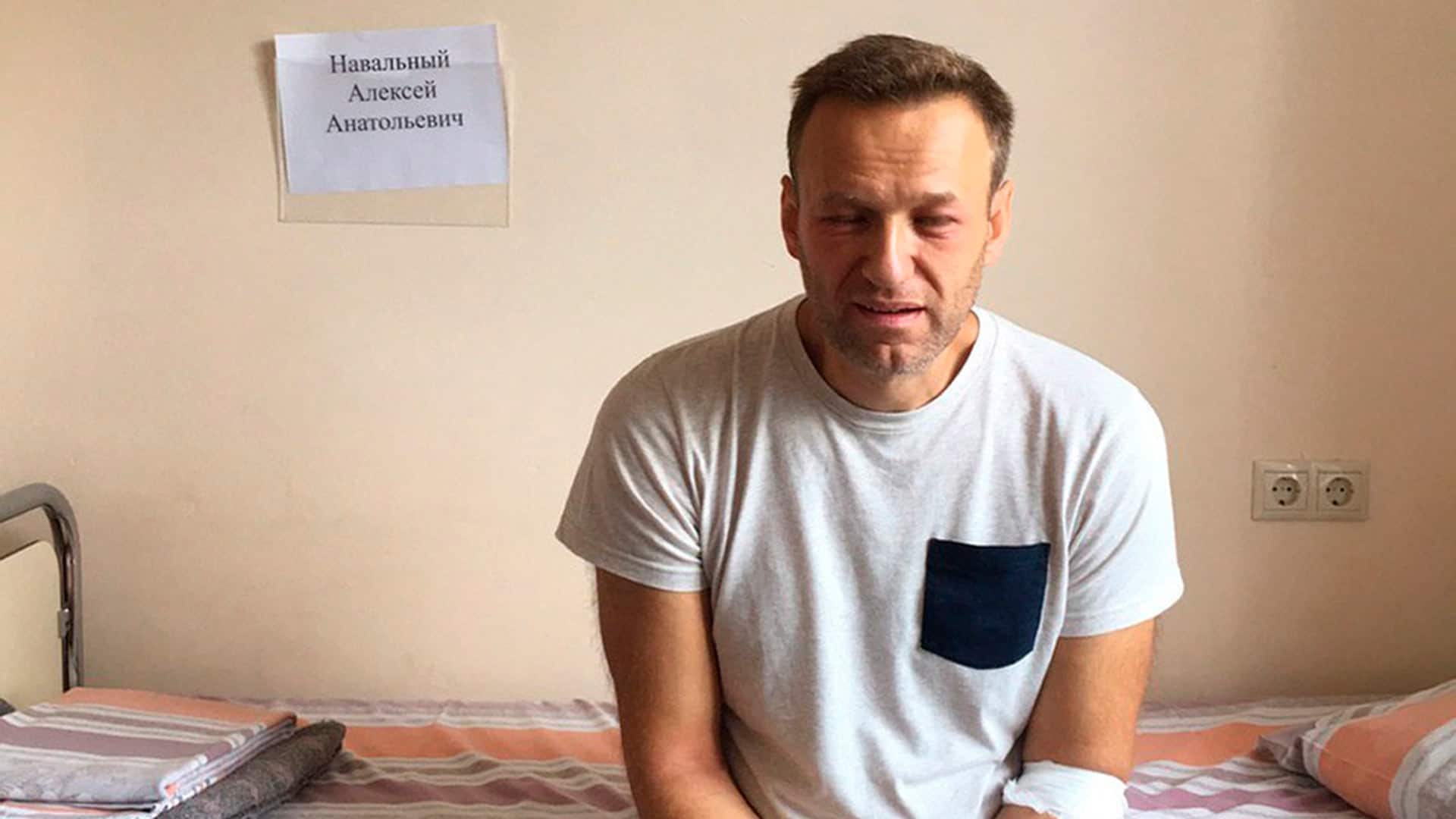 Kremlin opposition leader Navalny says he may have been poisoned

1 year agoVideo
2:18
Russian opposition leader Alexei Navalny said he may have been poisoned, a suspicion shared by his lawyer and personal doctor. 2:18

Passenger Pavel Lebedev posted an account of what he saw on social media.

"At the start of the flight he went to the toilet and didn't come back. He started feeling really sick. They struggled to bring him round and he was screaming in pain."

Navalny had drunk a cup of tea at a Tomsk airport cafe before boarding his flight, Yarmysh said. The Interfax news agency quoted the cafe's owners as saying they were checking CCTV cameras to try to establish what had happened.

Navalny's Footage posted on social media by a fellow passenger showed a motionless Navalny being stretchered into an ambulance by medics.

S7, the airline he was travelling with, said Navalny had started feeling very ill soon after take-off and the captain had decided to make an emergency landing at a nearby airport.

He had not eaten or drunk anything on board, it said. 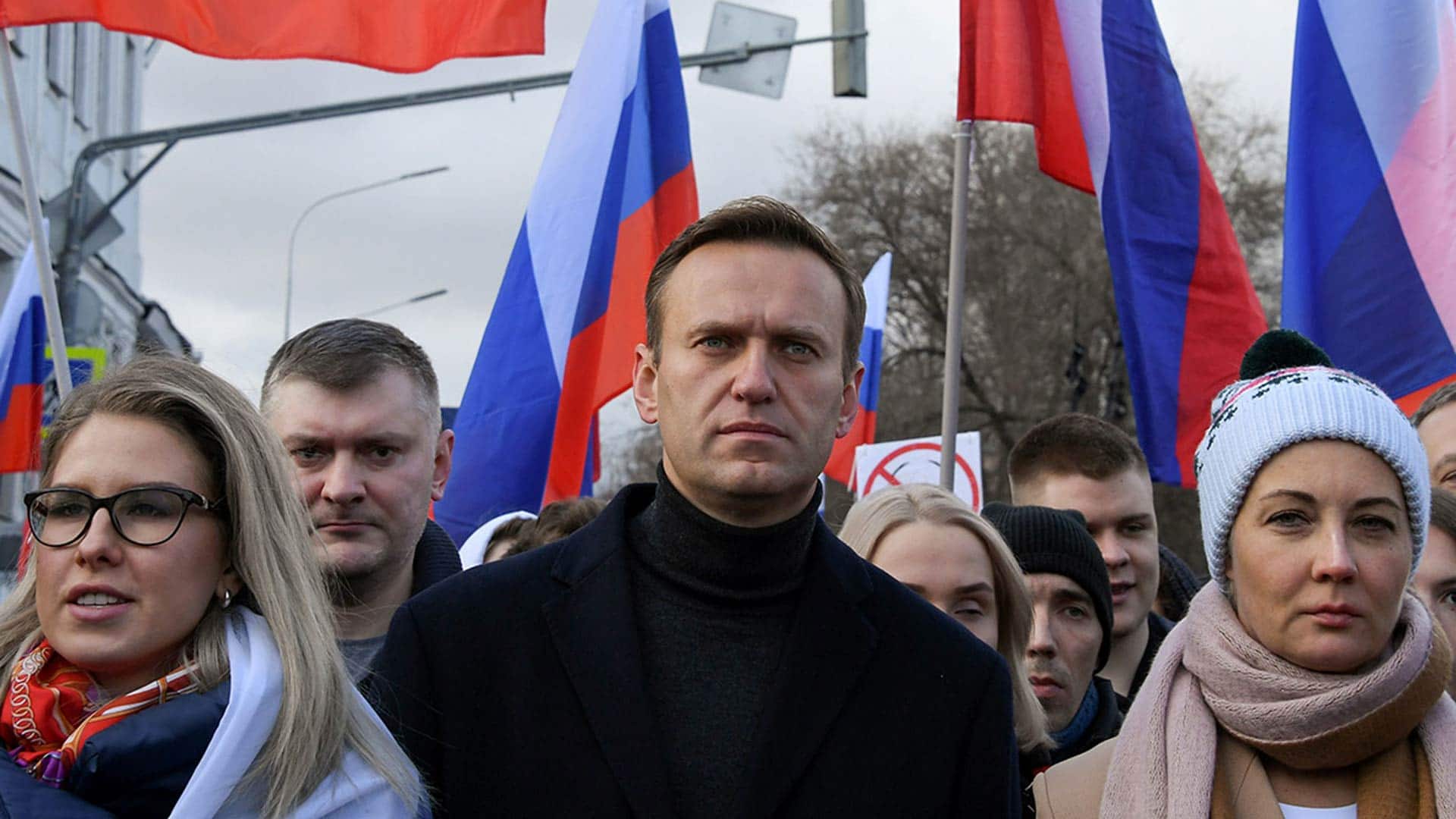 4 months agoVideo
1:46
Alexei Navalny, a prominent Russian opposition leader and vocal critic of Vladimir Putin is in a coma after a suspected poisoning attack. 1:46

Yarmysh drew a parallel with an incident last year in which Navalny suffered an acute allergic reaction that one doctor said could have resulted from poisoning with an unknown chemical.

"Obviously the same has been done to him now," Yarmysh said.

The European Court of Human Rights has ruled that Russia's arrests and detention of Navalny in 2012 and 2014 were politically-motivated and violated his human rights, a ruling Moscow called questionable.